Daniel Ricciardo's last hurrah with Red Bull Racing fell just short of his expectations, and hopes, of a podium finish in Abu Dhabi and the opportunity to savour a final shoey in 2018.

Leveraging on a prolonged first stint on Pirelli's ultrasoft tyre, Ricciardo put himself in command of the race when his rivals up ahead initiated their pit stops.

His own stop late in the day and a switch to the supersoft compound set him back to fifth, but without the pace to move back up the order unfortunately, although he did snatch fourth form Valtteri Bottas.

"It wasn’t the most exciting race," Ricciardo said, before addressing the day's strategy.

"It was fun, but it put me out of reach with the leaders, so I don’t know if we had much of a choice.

"I don’t know if we had many other options. We could have pitted earlier and kept track position. It’s always hard to know.

"Lewis pitted really early and probably didn’t think that would go to the end so strongly. So it was all right, just a bit helpless at the end.

"I couldn’t really do much. The pace advantage initially was strong. And then it fell away quite quickly. We probably just weren’t quick enough." 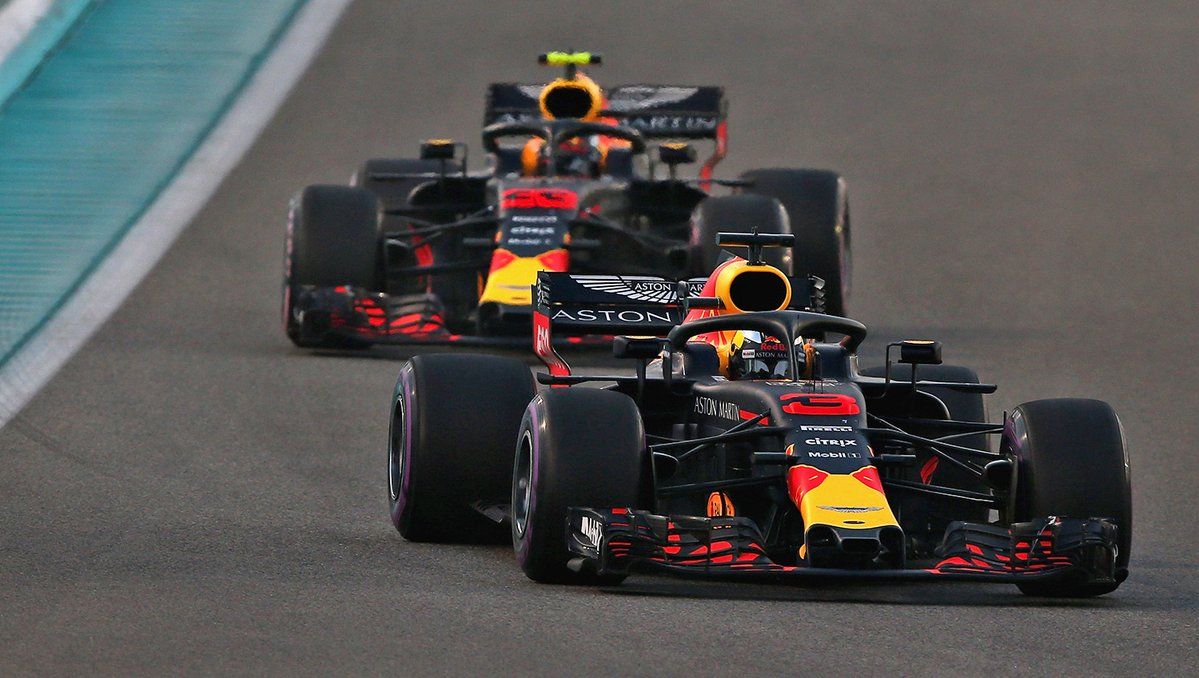 The Honey Badger understandably felt a bit underwhelmed by his last performance under the Red Bull banner.

"I would have loved the podium, so I can’t be ecstatic with fourth. I was a but lonely the last few laps," he said.

"We close this chapter now, so thanks to Red Bull and the whole Red Bull family. Would have loved to have drank out of my shoe, but we’ll see, still a few hours to go."

Ricciardo won't be on duty this week at Yas Marina for the post-season tyre test, expecting to round off his month with a visit to Milton Keynes before heading to Enstone to kickstart his new relationship with Renault.

"In the next week I’ll close everything off with Red Bull, a few days at the factory, then the following week start to initially know a few people at Renault."

Hamilton 'loved' signing off the season with a flourish

Vettel plans to give Hamilton a 'harder run' in 2019