Fernando Alonso's post-Formula 1 schedule is shaping up to be as busy as ever, as the Spaniard will be returning to the Daytona International Speedway in January for the Rolex 24 Hours.

Alonso made his début in the IMSA WeatherTech SportsCar Championship event at the start of this year, racing for Zak Brown's United Autosport team alongside then-McLaren test driver Lando Norris.

The car proved to be less than fully competitive and Alonso finished in 38th place in a field of 50 cars. However it was invaluable experience for the two-time world champion ahead of entering the FIA World Endurance Championship with Toyota, and winning the 24 Hours at Le Mans on his first attempt

With IMSA splitting its prototype class into DPi and LMP2 categories next year, Alonso has secured a competitive drive with Wayne Taylor Racing in the No. 10 Konica Minolta Cadillac DPi-V.R that he will share alongside his WEC Toyota LMP1 team mate Kamui Kobayashi, Jordan Taylor and Renger van der Zande.

"I am very happy about joining the Konica Minolta Cadillac team and Wayne Taylor Racing to race together at the Rolex 24 At Daytona," said Alonso.

"This is undoubtedly one of the greatest races in American and world motorsport. Returning to the United States is always special.

"The atmosphere created by the fans is unique throughout an incredible weekend. I really hope to fight for the win, as well as having fun and putting a smile on the fans’ faces.

"I made my debut last year both in endurance races and with these sportscar prototypes, as well as on this track. I was left wanting much more after a brake issue ended our hopes of stepping on the podium.

"After an intense year in which I’ve competed in both Formula One and the WEC, I’m really looking forward to 2019 and attempting to conquer one of the most important races in the world.

"I’m brimming with hunger and desire and I can’t wait for the first race of next season and going out on track to battle with my Konica Minolta Cadillac teammates."

Wayne Taylor Racing were prototype champions in 2017, and won the final race of the 2018 season at Petit Le Mans which was held at Road America last month. However they were forced to retire from this year's Daytona 24 Hours late in the proceedings. 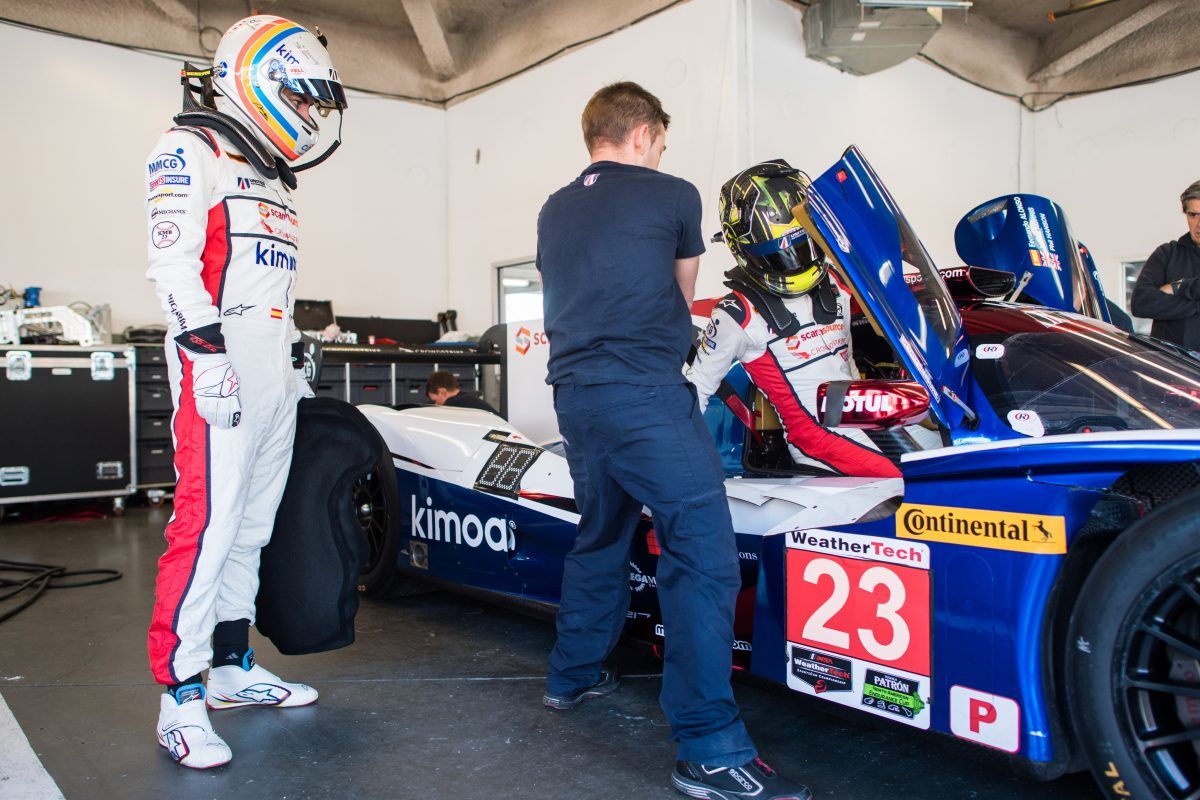 Alonso is not currently expected to take part in any other IMSA events in 2019. However, Cadillac is part of the General Motors family that includes Chevrolet, which is now expected to provide engines for Alonso's second bid to win the Indy 500 in May with McLaren.

"The full priority is the Indy 500," Alonso said in Bahrain on Monday. "So we need to accommodate a few things. It is not that I want to go by my own in all the decisions. I want to have the support from everyone."

Alonso's first run in the iconic race in 2017 was powered by Honda - McLaren's engine partners in Formula 1 at the time - but engine failure saw him drop out of the race with 21 laps to go having led on three separate occasions.

If he were to win the 500-mile race then he would become only the second person in history to lay claim to motorsport's unofficial Triple Crown of Motorsports, having already taken career wins in F1 in Monaco and in WEC at Le Mans.

The only previous driver to have been victorious in all three events during his driving career is Graham Hill.

Vettel fastest despite minor crash on first day of test

Honda thanks Hartley for helping to 'accelerate development'