Red Bull Racing principal Christian Horner says that this team missed out on contending for the 2018 Formula 1 world championship by as little as 50bhp, or 40kw.

Red Bull had a troubled start to the season with a number of technical issues related to its TAG Heuer-branded Renault power units, although both reliability and performance improved as the season went on.

"Reliability isn't something we've had," Horner admitted. "We've had 11 or 12 retirements this year. That's [been] our biggest Achilles heel."

Daniel Ricciardo took two early wins for the team in China and Monaco, but also suffered eight DNFs during the course of the season.

Max Verstappen took victory at the squad's home race in Austria, and went on to enjoy a strong finish to the year by winning in Mexico. He missed out on another victory in the following race in Brazil because of his tangle with Esteban Ocon.

Despite their surge in success as the season went on, Red Bull will split from its engine provider of 12 seasons Renault over the winter, and move to the Honda camp in 2019.

The team has said that the Japanese manufacturer's units are already more powerful than those of Renault and that this could be all the difference it needs to feature in next year's championship battle.

"It's always easy to say ifs, buts and maybes," Horner told Motorsport.com this week. "But if there'd have been another 40kw in the back of the car, the season could have looked quite different.

"When you look at the other users with the same engine, there is a world of difference," he added. Neither the Renault factory squad nor fellow customer team McLaren came close to a podium in 2018, let alone a victory. 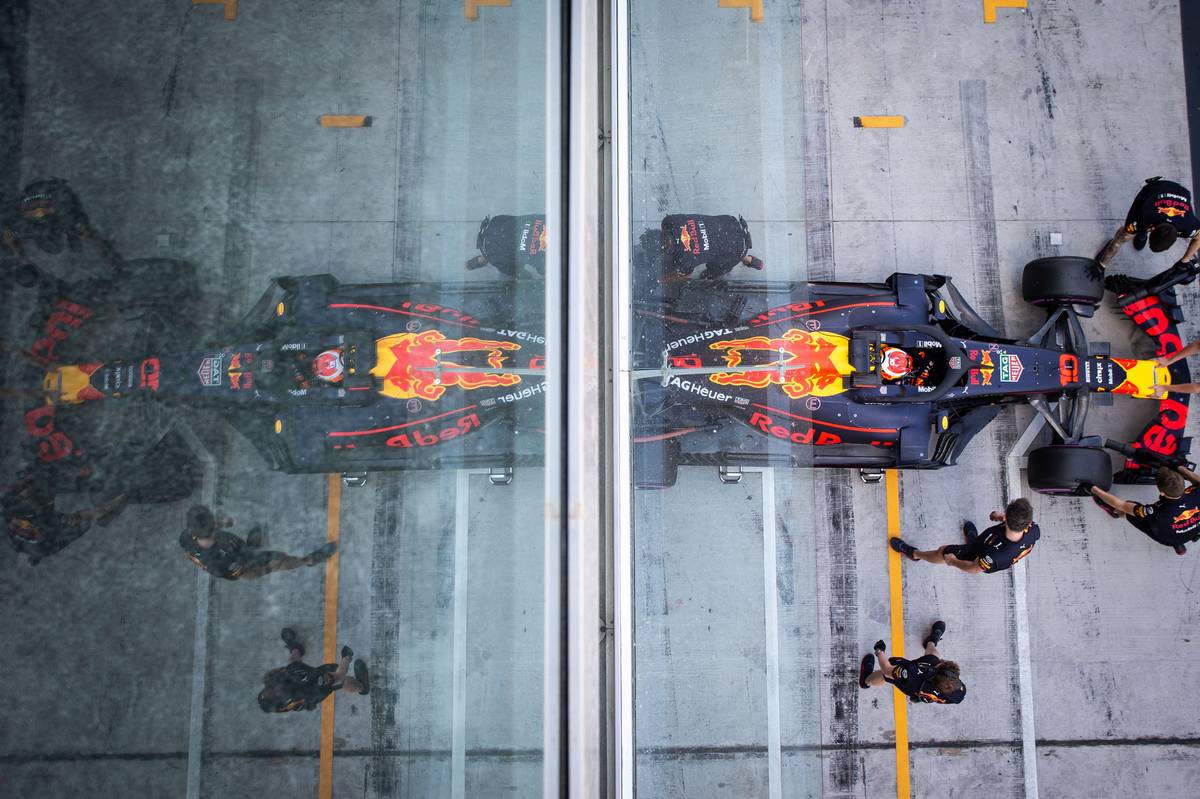 Horner put that down to Red Bull's RB14 superior chassis, co-designed in part by the legendary Adrian Newey. "Hats off to everybody in Milton Keynes for producing arguably one of our best ever chassis," Horner commented.

Horner added that the target for next year was to "achieve the power and the reliability" of Mercedes and Ferrari.

"Lewis Hamilton had one DNF this year, likewise with Sebastian," he pointed out. "That's the rate we have to be aiming to achieve."

Much of that will depend on the success of the new partnership with Honda. Although the manufacturer has shown better form in 2018 with Red Bull's junior Toro Rosso squad than its previous ill-fated alliance with McLaren, it's not been without its problems too.

The final race in Abu Dhabi saw Pierre Gasly's Honda power unit expire and spray oil over Verstappen who was approaching from behind to lap him.

However that incident hadn't worried Horner. "The trajectory is going the right way," he insisted.

"What we see and hear in the pipeline as well – pieces of paper are one thing, the stopwatch ultimately never lies."

'Dream come true' for Sainz in 'intense' start at McLaren