Carlos Sainz finished his final race for Renault just six days ago, but he's barely had a chance to draw breath in the week since.

He was back at work again at Yas Marina Circuit on Wednesday, only this time dressed in orange rather than yellow and black as he got used to his new role at McLaren.

"It’s been an intense three days!" the 24-year-old Spanish driver admitted. "After the race finished in Abu Dhabi, we’ve been full steam ahead on 2019.

"I’ve been learning names of my new colleagues, how the car works, how the system works, also building relationships with the engineers – and that has gone all to plan.

"I’ve met a lot of people with English names," he told the McLaren website on Friday. "Many Wills, James, Toms!

"Relationship building is a process that I aim to continue improving throughout the winter, and when I go to Barcelona pre-season testing next year it will be even better."

"It has been a great few days and thanks to the mechanics and engineers who made me feel like I’m at home," he added. "Thanks to the 150 laps I did at the test, I can go into winter with a lot of information to analyse."

Among the new colleagues he's been getting to know is his 2019 team mate, Lando Norris.

"Seeing him drive on day 1 of the Abu Dhabi test helped me to see how the team was operating," Sainz commented. "We have already shared a couple of comments about the car, about the balance, about what we need for next year. It’s going smoothly so far."

While Norris will be a rookie next season, Sainz himself is already a veteran of 81 Grand Prix races, having made his debut in the 2015 Australian Grand Prix with Toro Rosso.

Last year the former Red bull junior development driver had the opportunity for a one year 'secondment' to Renault, and now he's been signed up as a full-time driver for McLaren in a multi-year deal.

"Honestly, driving for McLaren is kind of a dream come true," he said. "When I left the garage for the first time in the MCL33, it was a good moment. 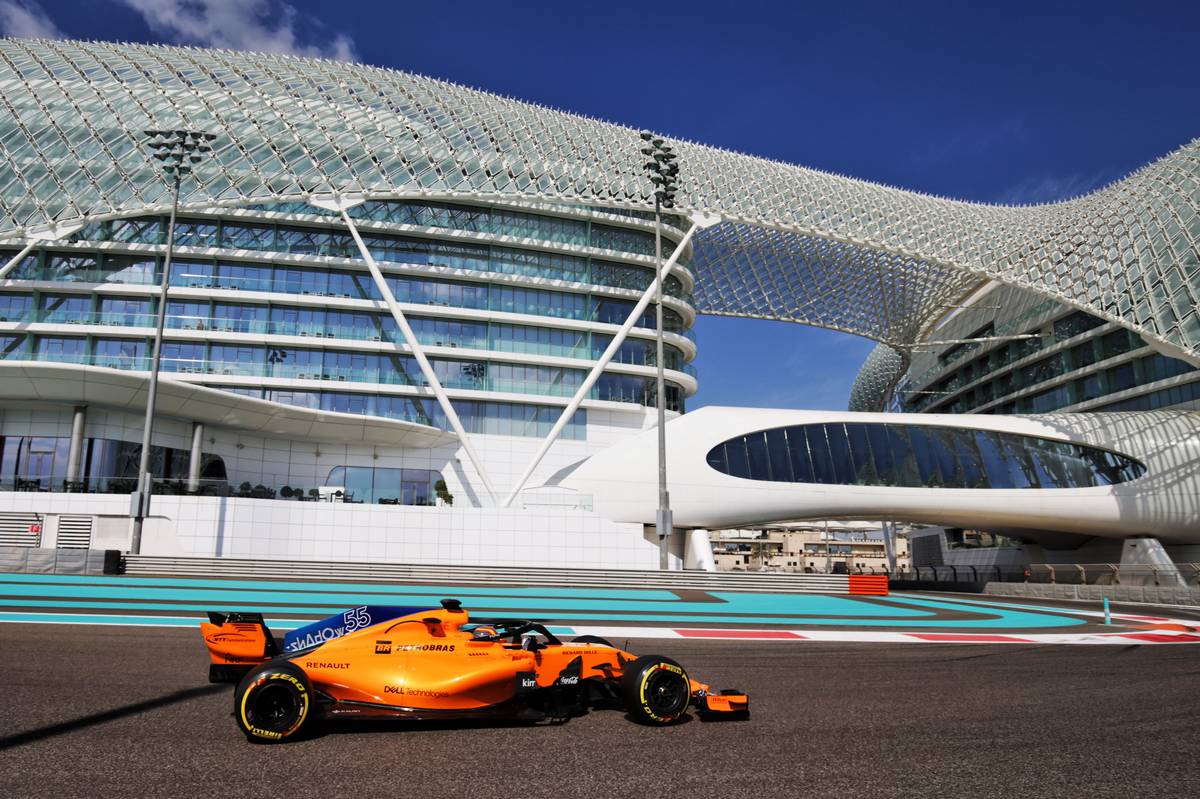 "I realised I was driving a McLaren and for this team, and that is something special," he commented. "Everything felt at home, since the moment I jumped in, everything felt really, really good. I can’t complain."

Even though Sainz won't get any more track time in the car until next year's pre-season tests in February, that doesn't mean that he can put his feet up and take things easy in the meantime.

"[The winter break] is going to be a few weeks away still," he said. "I’m going to the McLaren Technology Centre to prepare for 2019.

"[There] is still a bit of hard work to do, but we’ll have some fun at the factory too. We’re planning on doing some go-karting races with the mechanics and stuff to get to know each other. It’ll be a fun few days – but still working and pushing hard."

Sainz said he was planning to head home in mid-December and have a proper break over Christmas and the New Year. The change of team didn't mean he would be making any major changes to his preparations for 2019.

"No, I’m planning on doing pretty much the same as always," he said. "As you get more experienced, you know where your weaknesses are, where your strong points are, and you keep improving and keep getting better at preparing yourself."

Albon: I've been waiting for this since I was six years old!