António Félix da Costa has claimed pole position for BMW in the first round of the 2018/19 ABB FIA Formula E championship in Ad Diriyah, which also features the first race appearance for the series' new Gen 2 car.

Overnight rain and wet track conditions on Saturday morning had badly disrupted the day's schedule, with both of the planned practice sessions called off. They were replaced by a single 35-minute session which itself was disrupted by crashes for Venturi's Edoardo Mortara and Mahindra's Felix Rosenqvist.

The lack of practice forced a change in Formula E's usual qualifying format. Instead of four heats and a superpole round, the 22 drivers were split into two groups decided by last season's standings with each group given a 15 minute window to complete a single qualifying lap.

Despite running in the first session when track conditions were still not at their best, da Costa posted the fastest time of anyone in the session with 1:17.728s.

Running in the same group, NIO's Tom Dillmann was second fastest just 0.165s behind the Portuguese driver. However, apparent confusion about the improvised qualifying format meant Dillmann ran a number of extra laps before starting his flying lap and was duly reported to the race stewards and demoted to the back of the grid along with NIO's Oliver Turvey.

If he's excluded from the session results then second place on the grid will go to Dragon Racing's José María López, followed by Nissan e.dams' Sébastien Buemi.

The fastest driver of the second group was HWA's new signing from Formula 1, Stoffel Vandoorne, who had earlier been fastest in the curtailed practice session. He just edged out Virgin's Sam Bird and reigning champion Jean-Éric Vergne for fifth place on the timing screens. 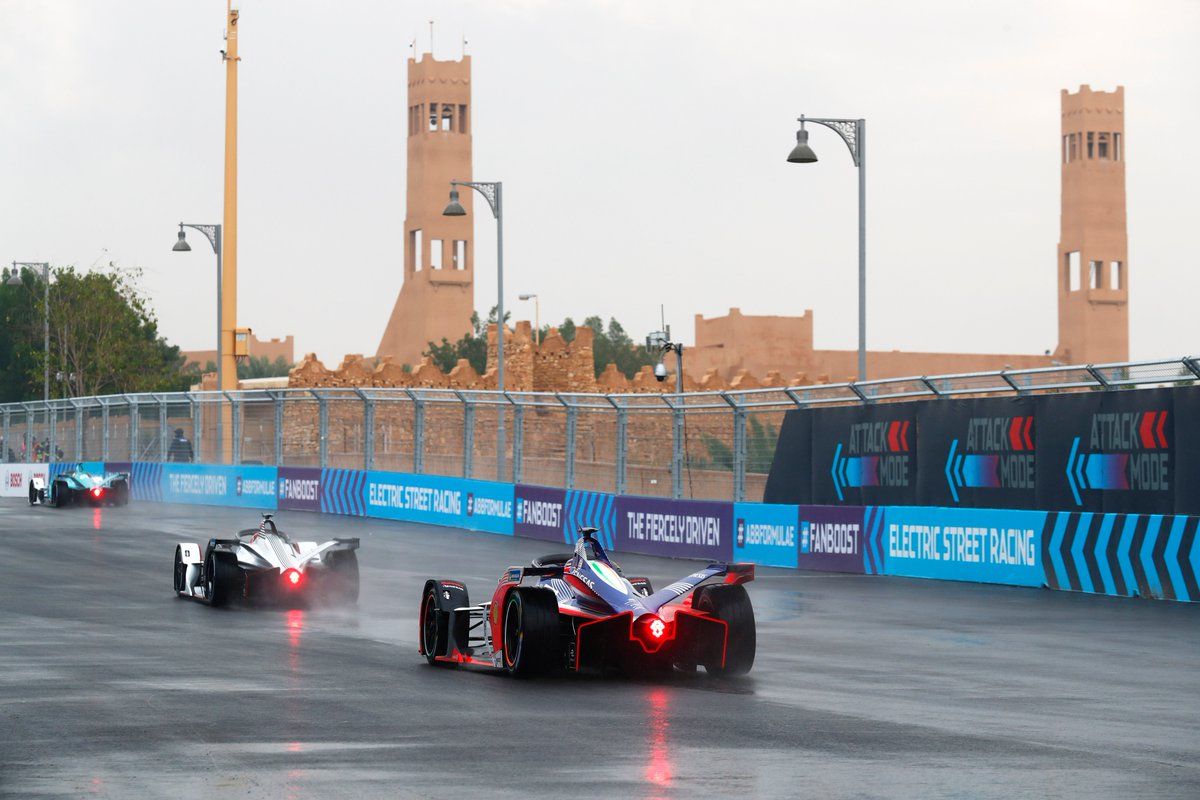 The drivers in the second group had been compromised by two incidents. Rosenqvist hit the wall at the final corner, while series newbie Maximilian Gunther in the second Dragon stopped after brushing the wall during his flying lap. Neither driver ended up setting a time, meaning that they will start from the back of the grid.

Among those affected by the red flags was Felipe Massa, who as a result ould only set the 19th fastest time in his first outing with Venturi. Other new faces in the line-up for the fifth season of Formula E include Gary Paffett and Alexander Sims.

The opening race of the fifth season of the all-electric championship is scheduled to get underway at 15:05 local time, which is just after midday GMT.

'No bad feelings' at Williams as Smedley departs

Leclerc aiming to win in maiden season at Ferrari