Coca-Cola branding appeared on McLaren's MCL33 in the USA, Brazil and Abu Dhabi, a deal that was viewed at the time of its announcement back in October as a minor 'coup' given the company's historical absence from F1.

During its three-race involvement, Coca-Cola also took the opportunity to promote its sub-brands, Dasani Sparkling and SmartWater.

"The Coke deal was excellent. It worked for them," Brown said.

"I don’t think it’s probably appropriate that I share the specific results other than to say the feedback that we’ve had from Coca-Cola is that it worked.

The successful partnership not only yielded positive results, it has also led the two companies to discuss a renewal of their association in the future.

"There is no better, more experienced, savvy, sophisticated sponsor probably in the world than Coca-Cola, so for them to come out of their end of the year programme with us seeing successes is something that we’re proud of and the sport should be proud of," added Brown.

"On the basis of that, we’re now in conversations about what the future could look like for our two brands together."

As engine supply doubles, Honda says it will need 'to do better' 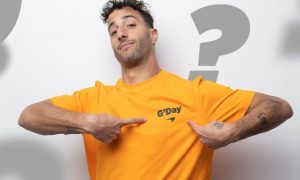