The rumors of Arrivabene's eviction have been swirling in the past months, and despite their denial by the man himself, Ferrari has undertaken a management reshuffle according to La Gazzetta dello Sport.

Ferrari enjoyed a strong start to its 2018 campaign, marked by consecutive opening wins in Melbourne and Bahrain for Sebastian Vettel who positioned himself and the Scuderia as the outright favourites for the title, a status the pair sustained over the summer despite the German driver's blunder at his home race at Hockenheim.

Victory in Belgium was followed by a sloppy race in Italy however and the start of a performance slump just as arch-rivals Lewis Hamilton and Mercedes raised their game and piled on the pressure.

But the Ferrari pitwall was also held accountable by the media for its lack of decisiveness in dealing with team orders, like at Monza, or for clumsy strategy errors, like at Suzuka when the Italian squad puts its drivers on the wrong tyres in qualifying.

However, in addition to its lack of rigor, Ferrari's intra-team equilibrium was also called into question during the year with rumors of big dissensions brewing between Arrivabene and Binotto.

Arrivabene dismissed the gossip as fake news destined to destabilize the red team, but according to La Gazzetta dello Sport, Ferrari president John Elkann has now opted to promote Binotto to team principal and part ways with Arrivabene, a decision that could be made official later today or this week. 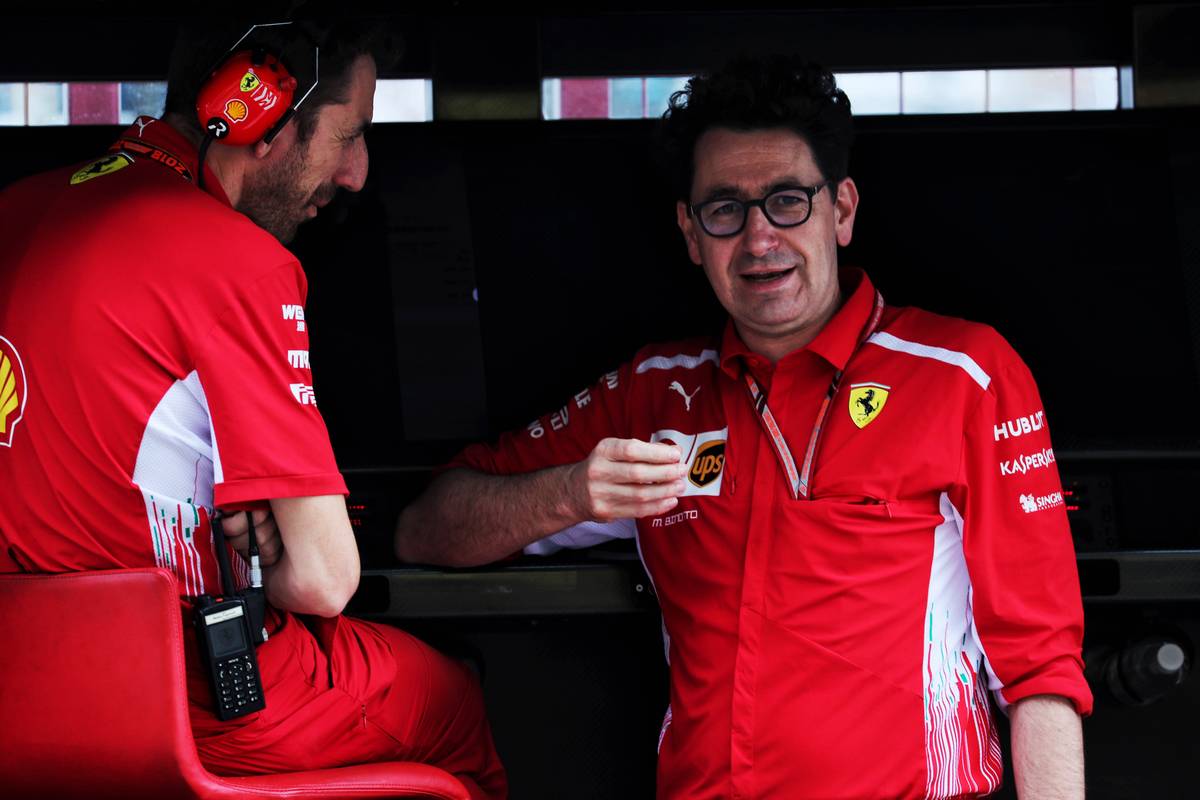 Born in Switzerland, a graduate of Lausanne's Polytechnic university, Binotto first joined Ferrari in 1995 as an engine engineer, working his way up to the race team in 1997.

From 2009, he oversaw the Scuderia's engine and KERS development before becoming chief operating officer of Ferrari's power unit department in 2014.

Binotto, depicted as a tough character with a demanding work ethic, was very much a favourite of former Ferrari boss Sergio Marchionne who had earmarked the Swiss engineer for a leading role at the Scuderia before his untimely passing last summer.

A proponent of shutting off the media from the Scuderia, and a man well-versed in the art of intimidation, applied within his own team, Arrivabene has been terminated, but the Italian's demise may just be the prelude to more changes at the helm at Maranello.

Sainz in it for the long haul at McLaren

Haas' Grosjean: 'We'll have to step up our game'