Reports from Italy claim that Mick Schumacher could be handed an in-season test session by Ferrari this year if the young German driver signs up with the Scuderia's driver academy.

It was rumored back in December that the reigning European F3 champion could follow in his famous father's footsteps by joining the Scuderia's young driver programme.

The son of seven-time world champion Michael Schumacher was apparently courted by both Ferrari and Mercedes last year.

But guided by an astute entourage that includes FIA president Jean Todt, it Schumacher is believed to have opted for the House of Maranello as his partner of choice for his F1 ambitions.

Motorsport.com's Italian affiliate has reported that Ferrari is just waiting for Schumacher to put pen to paper, after which the 19-year would develop his skills under the guidance of the Scuderia.

Schumacher will step up to the FIA Formula 2 Championship this year with the Prema Powerteam, an outfit which has typically helped Scuderia-supported young hopefuls blossom.

Queried recently on his potential F1 future, Schumacher underlined his progressive step-by-step approach to his career.

"I prefer to move forward gradually, step by step, preparing really well," he said. "So it's important to always make the right decision."

Budkowski sees Renault in attack mode for the next three years

Without change, Haas' Steiner sees 'no point' in remaining in F1 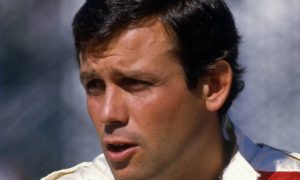