The race got underway in a sweltering 37° Celsius heat, the highest temperatures in FE history which generated a few worries among the teams which anticipated potential battery issues.

Drivers were allowed two mandatory attack mode periods worth four minutes each and an additional 25kW of power.

Polesitter Sebastien Buemi led the field as it blasted off the grid while Bird lost no time in getting the jump on Audi Sport's Daniel Abt.

While the front-runners settled into their groove, a furious pack of pursuers entertained the crowd. Original poleman di Grassi, who had been sent to the back of the grid following his exclusion from qualifying, tried to carve his way up the order, but there would be no chasing from behind for the Brazilian whose afternoon went from bad to worse when he received a time penalty for causing a collision.

In the thick of the mid-field, DS Techeetah's revisited last year's Santiago E-Prix when André Lotterer indirectly took out team mate Jean-Eric Vergne when he rammed the back of BMW I Andretti Motorsport's Antonio Felxi da Costa who in turn spun Vergne out of contention.

With 25 minutes to go, with Buemi leading Bird and Mahindra's Pacal Wehrlein, a full course yellow was brought out to allow the marshals to evacuate Maximilian Gunther's Dragon which had stalled on the exit of the hairpin. 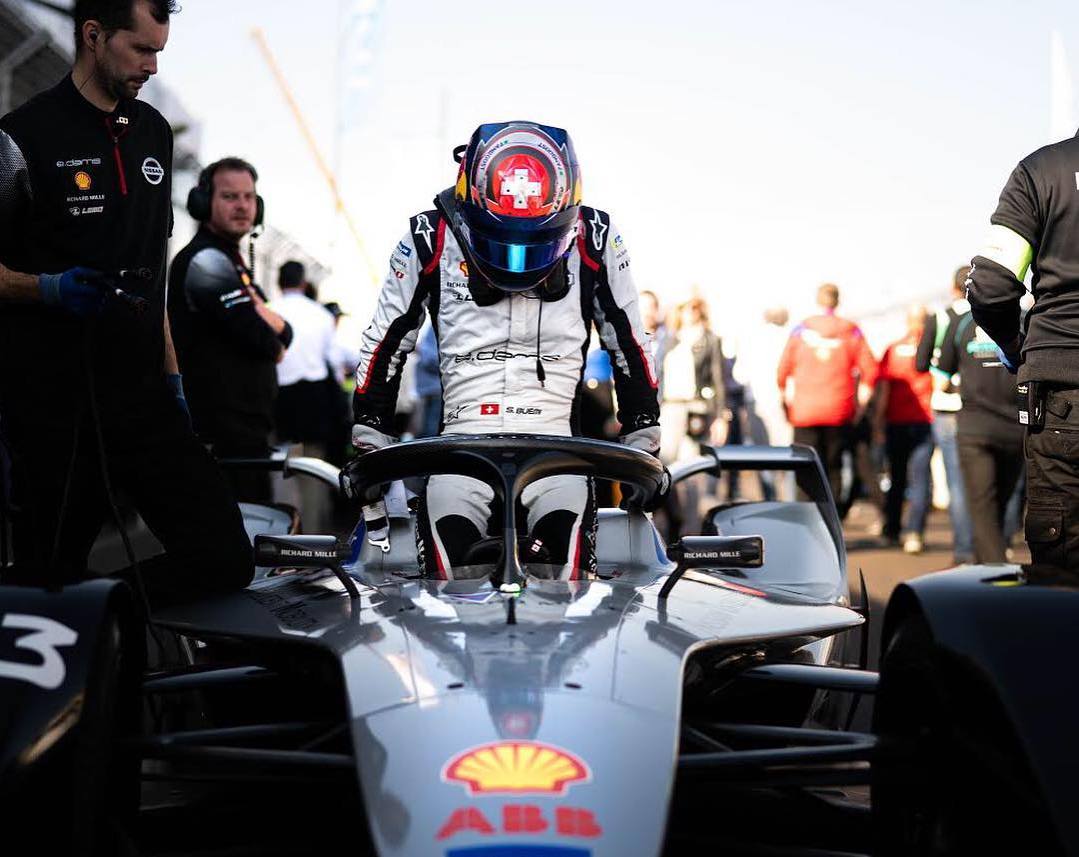 The race was green flagged with 21 minutes remaining, with Bird glued to Buemi's transmission and Wehrlein in hot pursuit.

It was a short reprieve however another neutralization of proceedings came into play following an off by Vandoorne whose car scattered body work that required a proper clean-up. After a swift job by the marshals, the race was underway once again and the fierce three-way battle at the front resumed.

Bird remained all over Buemi but the Swiss would have none of it, until the pressure got the better of the Swiss who went off line and hit the wall, damaging his front wing and suspension, and permanently ruining his chances of a win.

With 15 minutes to go, Bird inherited the command and almost immediately chose to use his second attack mode option to try and shake off Wehrlein. The tactic played out accordingly as the Brit built himself a 1.4s lead. 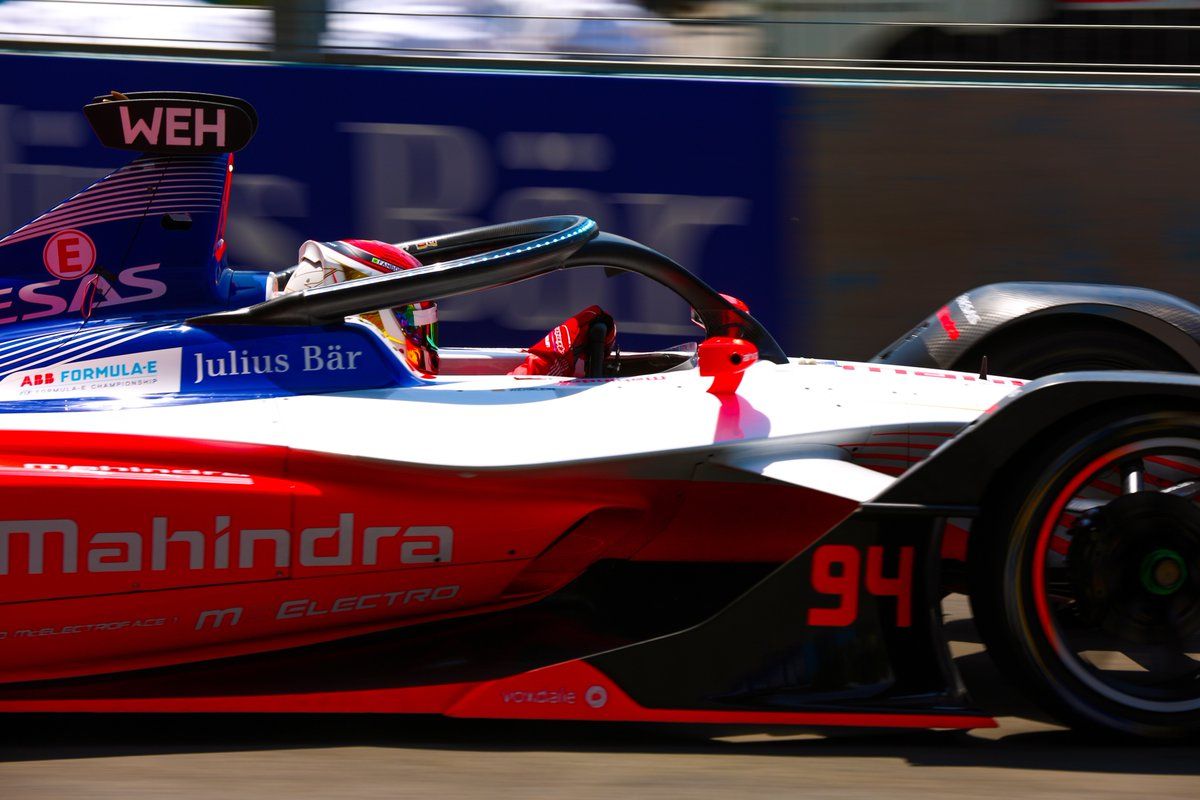 With battles and scraps occurring up and down the order, multiple contacts ensued, although with only minor consequences for the perpetrators or the victims.

Bird's position at the front came under threat in the closing stages of the race, Wehrlein benefitting from a surplus of energy relative to the leader and an activation of an attack mode.

Hounding the Virgin Racing driver for all his worth, the German desperately searching for an overture but Bird, knowing how to get the job done, kept it together, driving more offensively than defensively.

In the final few laps, Wehrlein gave up the hunt, likely because of rising temperatures. That gave Bird the breathing space he needed to bring it home for himself and the Envision Virgin Racing team, the Brit taking his eighth career victory in FE and moving within one point of Jerome d'Ambrosio in the drivers' championship standings.

Rookie Wehrlein and Daniel Abt completed the top-three, the Audi Sport driver inheriting the final spot on the podium after Andretti's Sims was hit with a time penalty for causing a collision with Venturi's Edoardo Mortara. 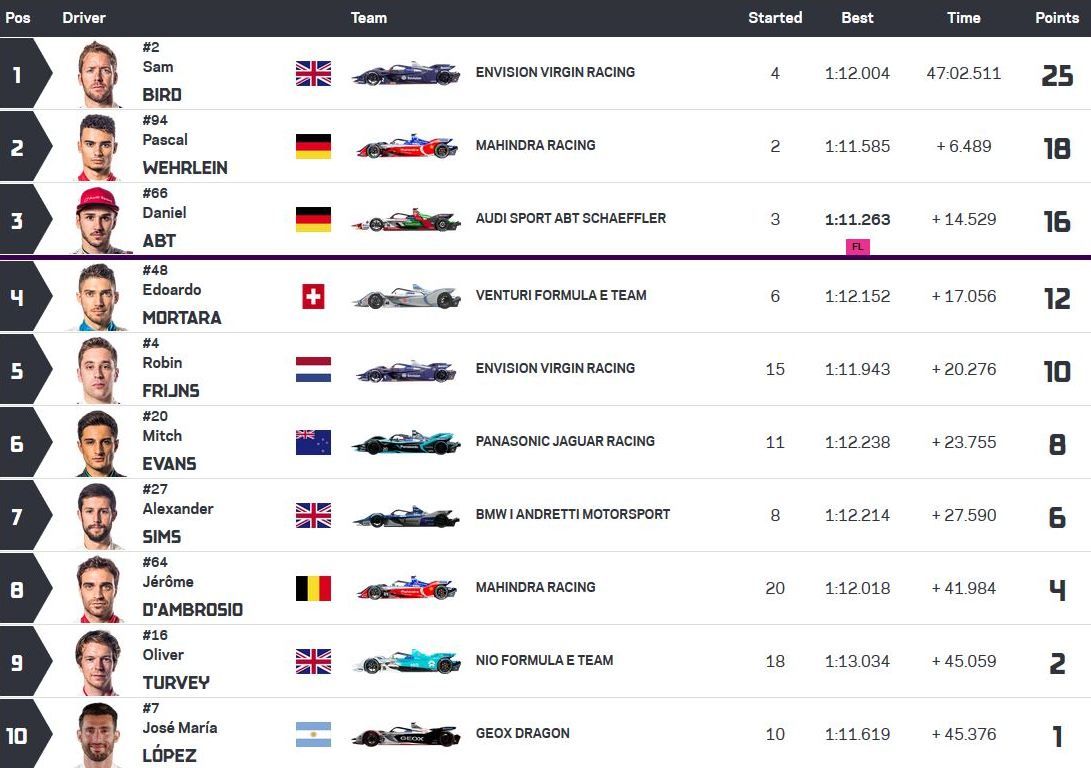 Buemi promoted to pole in Santiago after di Grassi exclusion!