Williams' decision not to take part in the first two days of pre-season testing at the Circuit de Barcelona-Catalunya has put technical director Paddy Lowe under intense pressure.

The team announced at the weekend that its new FW42 would not be ready to take part in either a shakedown on Saturday or the full-day sessions on Monday and Tuesday.

It now hopes to be out on track on Wednesday, although the latest reports say that the new car has still not even arrived in Spain.

The FW42 is still at the team's Oxfordshire factory, according to the BBC's Andrew Benson, and won't be shipped out until Tuesday night at the earliest meaning that it will arrive at the track in the early hours of Wednesday.

The hold-up is understood to be related to a possible design flaw requiring certain components to be redesigned, as well as poor production scheduling and to delays with external suppliers. The reports add that advance warnings from staff about the situation were not acted upon in time by team management.

Williams was the only one of the ten F1 teams not to be ready in time to take to the track on Monday.

Unsurprisingly, the embarrassing no-show in Spain has put the spotlight on Lowe, who has overall responsibility for the performance of the F1 car. Deputy team principal Claire Williams called the situation "extremely disappointing". 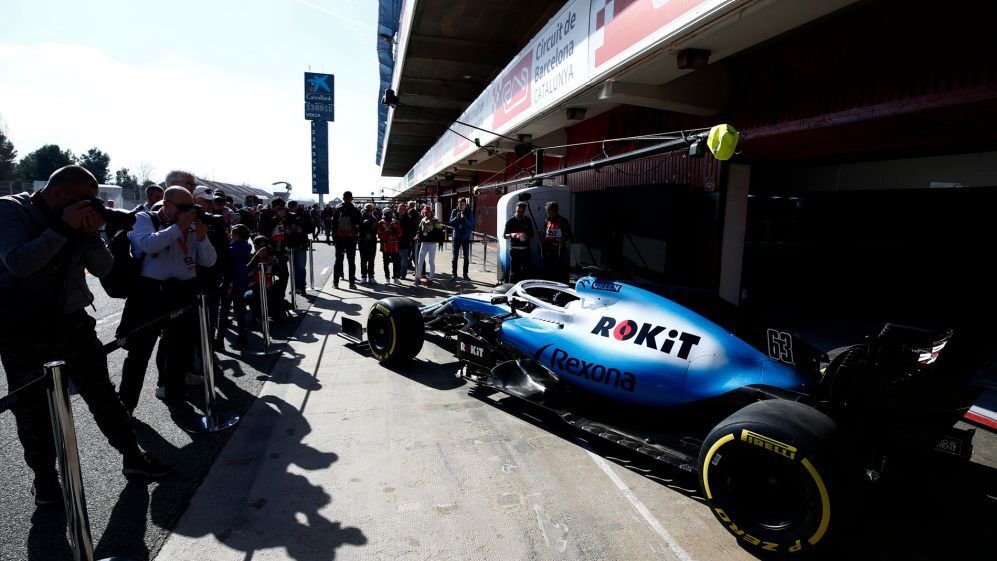 Worse still, the BBC also reports that insiders believe the new Williams is around two seconds slower than last year's model because of new aerodynamic rules.

While all teams are having to adjust to the regulation changes, the pace on Monday suggested that most teams had found a way to counteract their effect and find comparable pace to 2018.

Williams is already struggling to bounce back from one of its worst seasons in F1, which saw it finish a distant last in the constructors championship.

The team was contacted by media outlets on Monday, but responded with a firm "no comment" when asked about whether Lowe's position was under threat if the FW42 fails to thrive when - and if - it does finally get back on track later this week.