Kimi Raikkonen is feeling happy and confident that Alfa Romeo will be able to achieve a strong improvement in 2019 with their new C38 car.

Raikkonen was at work in the first day of pre-season testing at the Circuit de Barcelona-Catalunya, completing 114 laps in the new car. Although not focussed on raw pace at this point, his best time of 1:19.462s was fifth best on Monday.

“It is very positive,” said the veteran Finn, who moved from Ferrari at the end of 2018 after five years at Maranello, in a seat swap with rising star Charles Leclerc.

He explained that the team was "not doing an awful lot with the car" straight out of the box and instead would simply "try to do things here or there" as they got used to how it performed.

"[Compared to what I] tried at the end of last year - the Sauber - it is a big step for sure," he said. "It is very happy actually. The guys did a very good job over the winter and we have a package that we can work [with]."

Raikkonen brushed off an early spin at the start of Monday's first day of testing, saying it was down to the cold conditions. 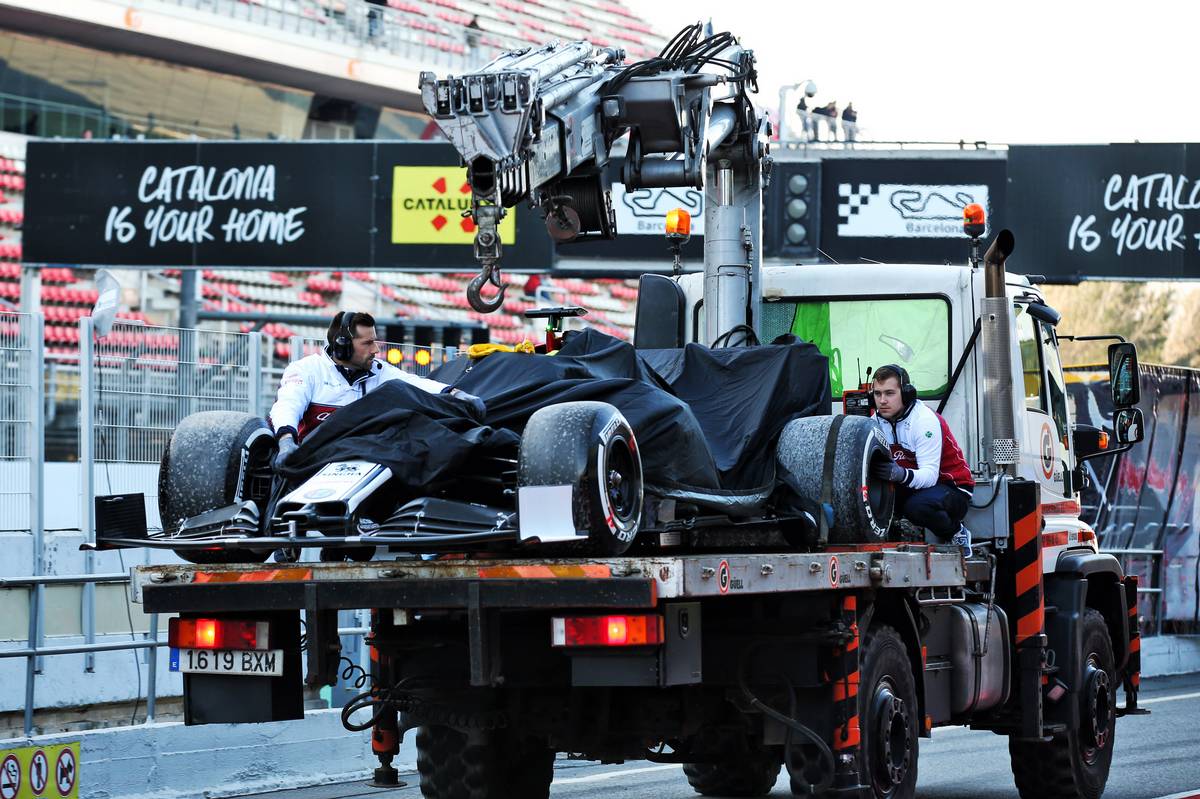 “It is always difficult to start in the cold conditions,” he shrugged. "We never seem to learn from the winter.

"Apart from that, everything ran smoothly," he pointed out. "The car feels very, very positive. It is early days but so far it is good.”

Despite the off, Raikkonen was back in action within the hour. Team principal Frederic Vasseur insisted that the minor incident had not forced the team to change any of its programme.

“We had a clear plan before and we stuck to this through the day," he said, adding that he wasn't concerned about the one second deficit between Raikkonen and his former Ferrari team mate Sebastian Vettel who topped the first day's timesheets.

"I don’t want to say it’s not relevant, but nobody knows the quantity of fuel, the set-up of the engine, and so on," he said.