Despite a strong start to the 2019 season last weekend in Australia, Kevin Magnussen fears that the Big Three teams remain well out of reach of Haas in 2019.

The Dane was 'best of the rest' in Melbourne. However he was a big step back from the two Ferraris in fourth and fifth, lagging by almost half a minute at the end of the 58 lap race.

Perhaps the biggest surprise was the speed of Red Bull, with Max Verstappen crossing the line in third place a further 35 seconds up the road.

It rather deflated Haas' hopes of being able to vie with Red Bull while their rivals are still bedding in their new partnership with engine providers Honda.

“It’s still going to be very difficult to reach Red Bull as they’re already quite a big chunk ahead of us," Magnussen conceded this week.

"And they usually evolve and develop quite well over the season, even compared to the two other top teams of Mercedes and Ferrari."

If that proves to be the case then the best that the US-based team can hope for this season is fourth place in the constructors championship - which would be one place better than last season.

“I think it’s going to be close again, like last year," Magnussen acknowledged. "It’s obviously difficult to say what the battle’s going to be like for the rest of the year, but at least in Australia it was very close.

"It looked a lot like last year, maybe even closer."

But Magnussen is still buoyed up by how well Haas performed in Australia. The only blot on the copybook was the enforced retirement of Romain Grosjean on lap 29 due to a pit stop bungle.

If not for that then the team could have picked up a strong double points finish int he season opener - and hopes that this will set the trend for the next few races, starting next weekend in Bahrain. 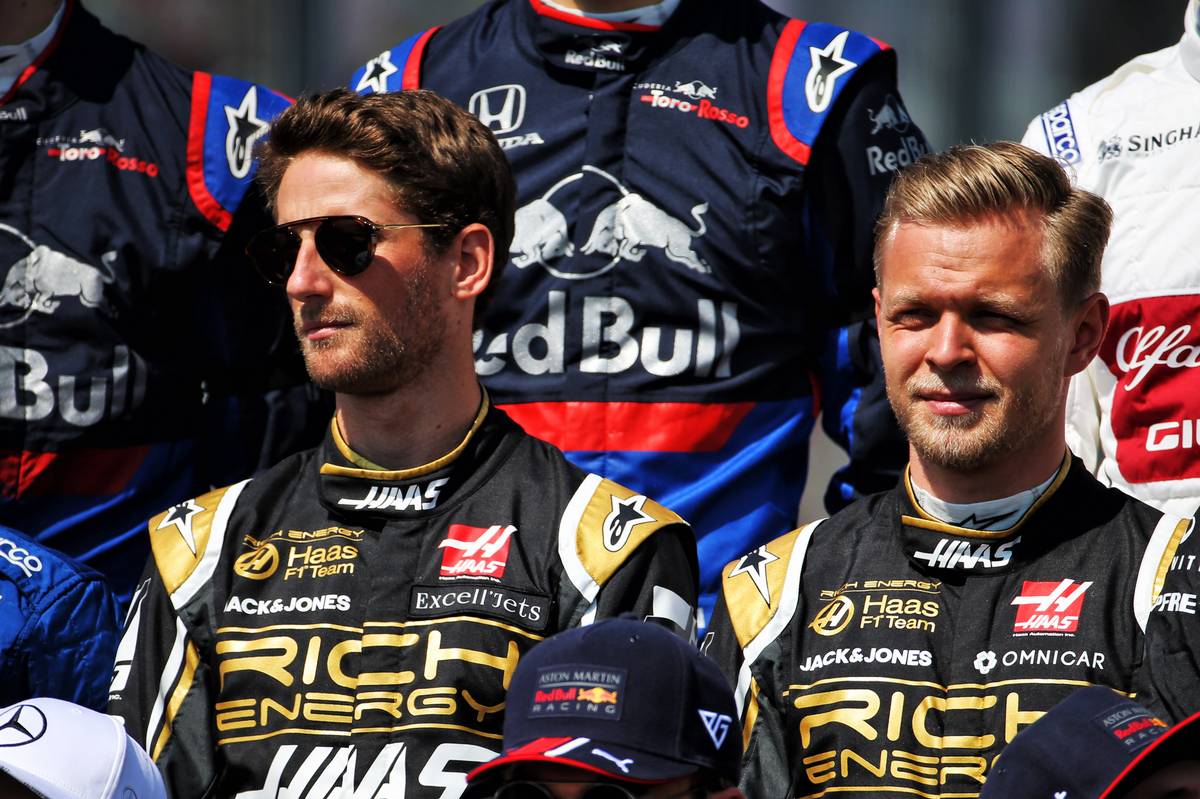 “I’m very proud of what we achieved in Australia," he continued. “The car felt very good all weekend. We didn’t have to make any drastic changes to the setup or anything. We got through the weekend quite well and managed things well each day.

"Of course, we’re still not happy as we didn’t get both cars in the points but, nonetheless, we had the potential to have both cars as Romain was very, very fast in qualifying and clearly also had the speed in the race. We would have been P6 and P7.

"That potential is very satisfying, but we need to complete the job and get both cars in the points. We need to have fewer mistakes if we want to be fighting as best-of-the-rest for the remainder of the year."