In a bid to help Williams extricate itself from the doldrums, legendary designer and Williams co-founder Patrick Head has accepted a consultancy role with the beleaguered British outfit.

Williams has been battling demons since the start of last year when it fielded a car undermined by engineering issues.

Unfortunately, its 2019 contender, overseen by now departed technical director Paddy Lowe, appears to be equally crippled by a design flaw which, coupled with production delays, have left Williams in a sad state of affairs.

Along with founder and associate Sir Frank Williams, Head was at the forefront of the team's emergence as a dominant force in Formula 1 for two decades before a slow and seemingly irreversible slump set in. 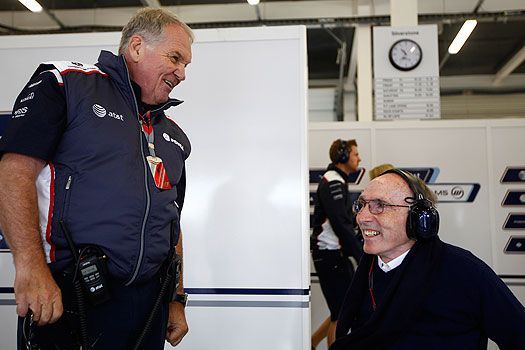 Williams confirmed to Formula1.com that Head - who remains a minority shareholder of Williams - has returned to Grove to help support the team's efforts to improve its fortunes.

"We can confirm that Sir Patrick Head is currently offering some support to our engineering team on a short-term consultancy basis," said Williams racing in a statement.

According to reports, Head will be present with the team at next month's China Grand Prix in Shanghai.

Paddy Lowe's departure from Williams has led to a few changes to the outfit's technical department, with Adam Carter in charge of design, with Doug McKiernan remaining design director, and Dave Robinson moving into the role of chief race engineer.