Lewis Hamilton reaped the benefits of the misfortune that hit Charles Leclerc in Bahrain on Sunday, but the Mercedes driver reckons the Monegasque will often find himself on the top step of the podium in the future.

Leclerc recovered from a poor start to overhaul Ferrari team mate Sebastian Vettel and build himself a commanding lead in the 57-lap race.

The 21-year-old was headed towards his maiden F1 win when an engine issue - perhaps linked to an MGU-H failure - turned his dreamy evening in the desert into a crushing nightmare, with Hamilton left to pick the winners' baton.

The reigning world champion offered a commiserating wave to his down-on-power rival while breezing past him to take the lead, and was full of sympathy for the defeated young charger.

"Ultimately you want to pass someone because you’re quicker than them and it’s been a fight," Hamilton said afterwards.

"I went past Charles on the back straight and I raised my hand to him because there was nothing I could do, I didn’t have any problems.

"It feels weird and honestly you can’t believe your luck in that scenario but what can you do? You can’t deny yourself, you just have to keep doing what you do.

"I’ve been in positions like that before, where you’ve been in the lead and the car has stopped, so I know how it feels.

"This weekend the Ferraris have been incredible," he added.

"I had to go and see Charles, he did such a great job, he had done the job to win the race. He deserved to win.

"It’s a great result for the team, considering how hard the race was. But this guy here, [Leclerc] has lots more wins coming in the future." 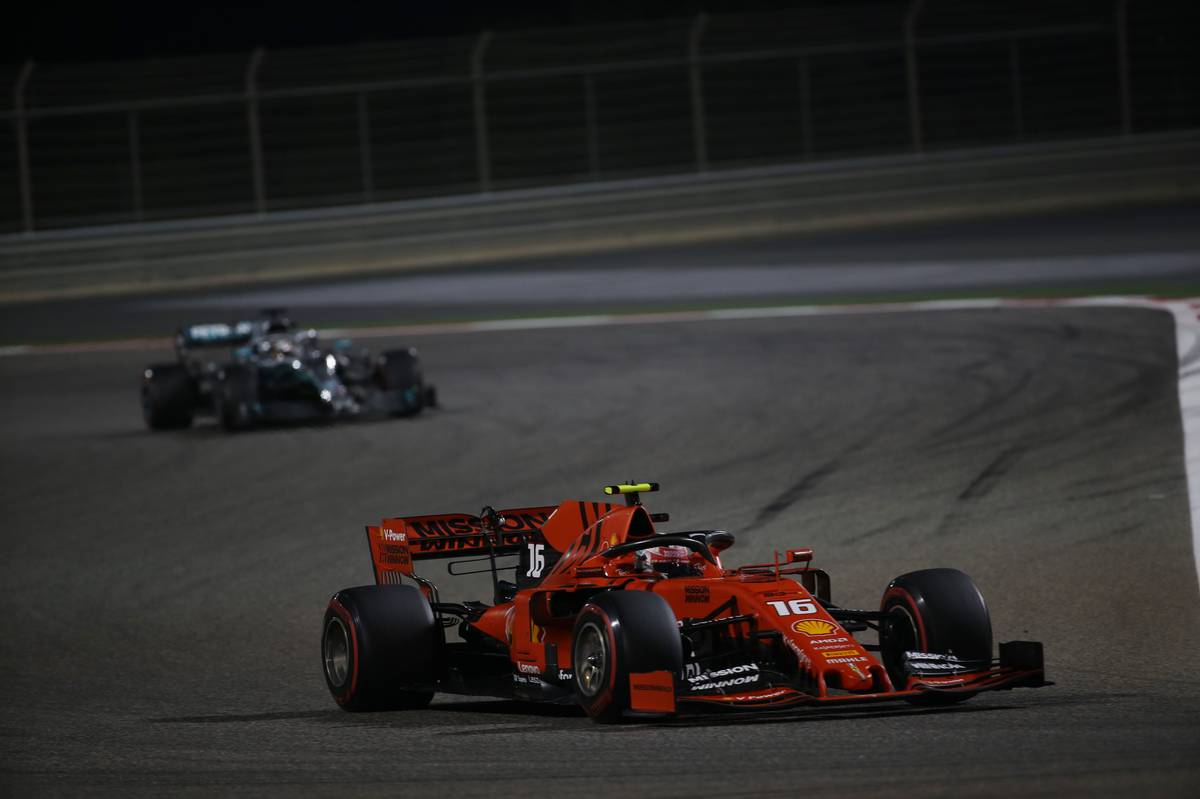 While Leclerc was up front, Hamilton sparred with Vettel, the Brit ultimately coming out on top after the German clumsily spun in the Mercedes' wake.

"We were definitely lucky today but we have to take it as it comes," added the Brit.

"I still gave it everything in the race, I pushed as hard as I could. Obviously the fight I had with Vettel was great fun for me.

"If you look at that big flag on top of that tower there's a massive headwind into turn four, so I just gave it everything, I braked later than usual and dove down the outside.

"I don't think we touched or anything like that, and this is a great result for the team considering how hard the race was.

"Collectively we’ve done a solid job with the weekend but Ferrari outperformed us from the get-go and we’ve got to continue to work, [to find out] where we’ve gone wrong this weekend."

'Today was not our day', says unlucky Leclerc