Mick Schumacher says his emotions were running high when he ran his first F1 laps with Ferrari on Tuesday morning in Bahrain, but it only took a short while for the young charger to feel at home with the Scuderia.

Schumacher was at the wheel of the Italian outfit's SF90 at Sakhir, and although the day was disrupted by rain it was still a promising maiden outing for the 20-year-old rookie.

"The emotions I can tell you were really nice. It was feeling like home already," Schumacher said.

"It was beautiful to make those first laps and to see all those guys working on the car and working with me. I felt very comfortable and felt at home."

The step up in performance from his F2 racer to Maranello's prancing horse wasn't lost on Schumacher.

"The feeling I had going out and the first time on the throttle... this thing has so much power," he added.

"I felt good and there is so much potential in the car with the speed through the corners and in traction it is hard to describe. 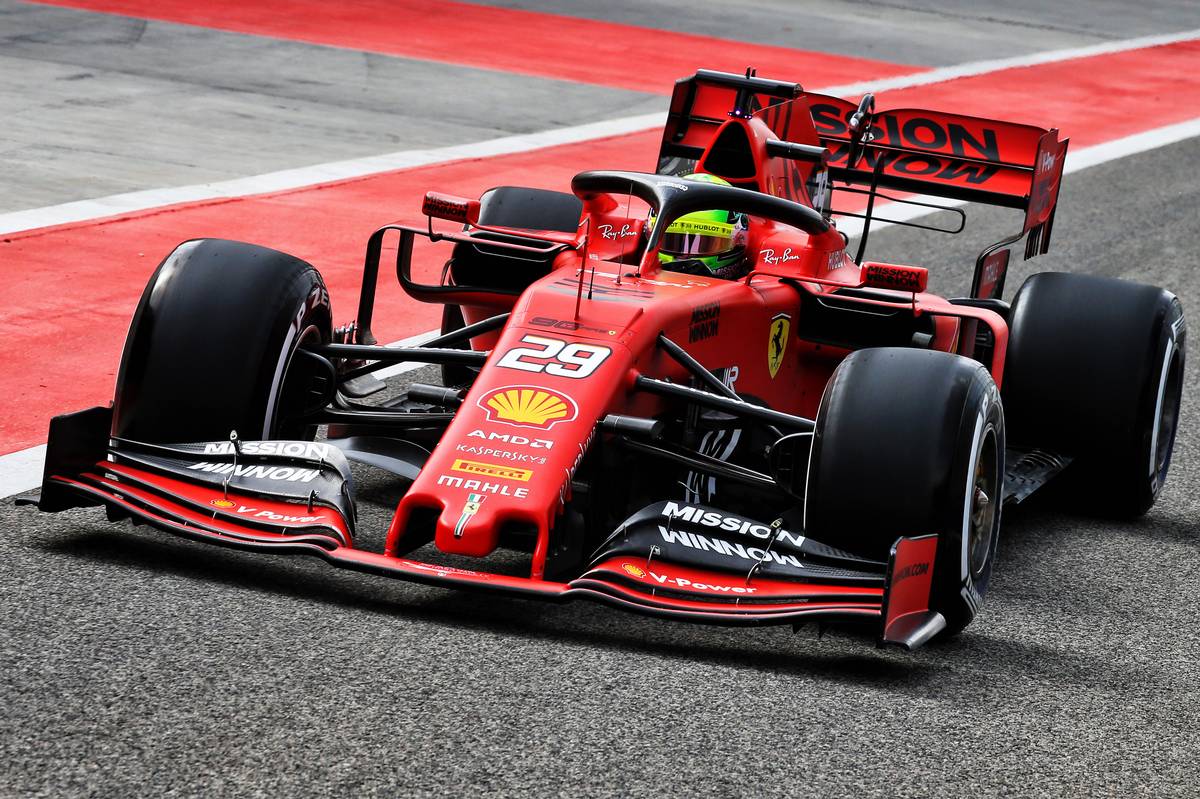 The Ferrari junior will switch garages on Wednesday for his second day of testing, moving over to sister outfit Alfa Romeo where he'll put another day of F1 mileage under his belt.

"I’m just waiting to get out there again and just looking forward to it really, trying to improve the spots that I wanted to improve today," Schumacher said.

"I think we managed really well, thanks to the guys that explained it to me in the right way and managed to bring me that information that I needed.

"I think the harmony in the team was very good, and it worked well."

Alonso: McLaren MCL34 is 'a step forward in every aspect'

Who's testing today on Day 2 in Bahrain?