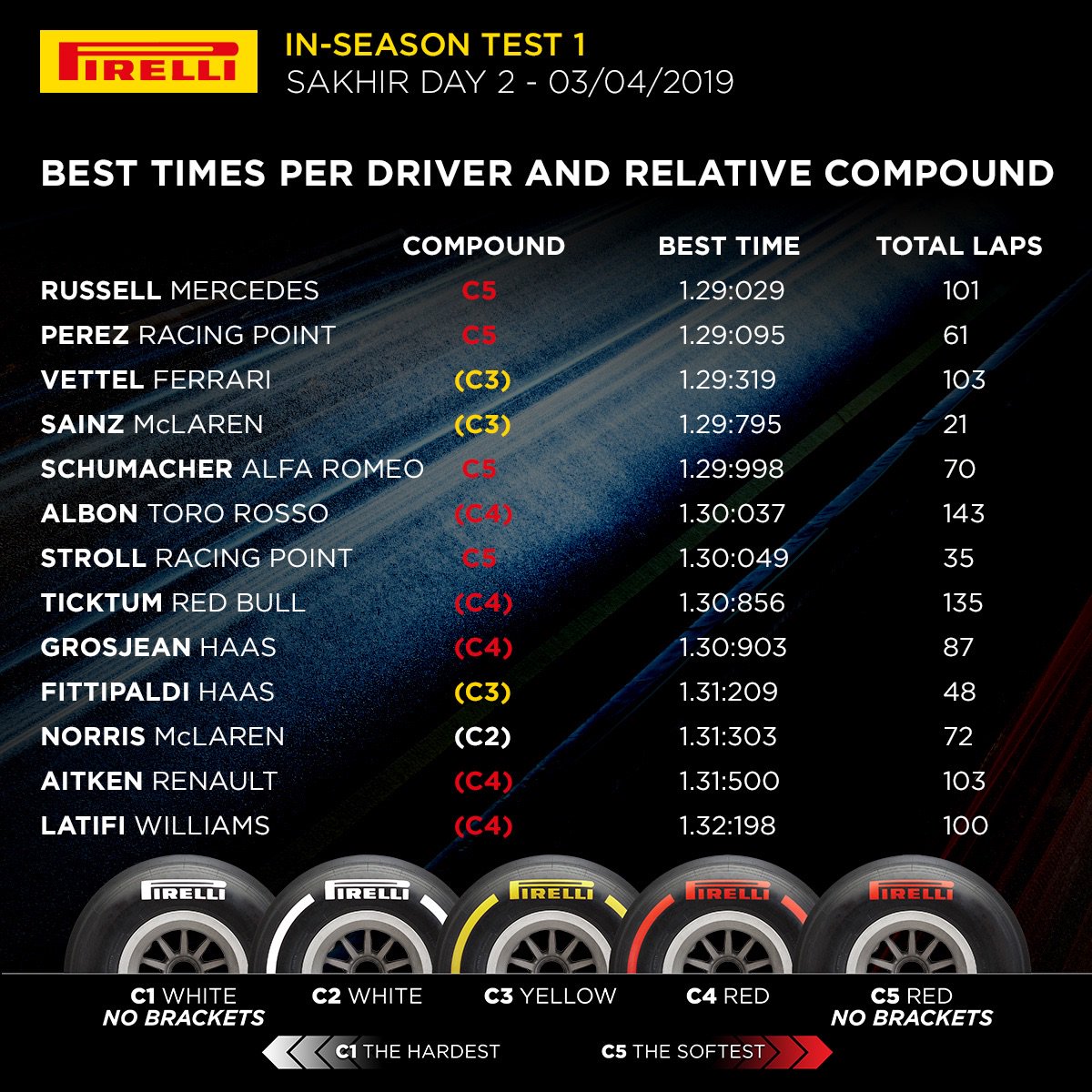 Everyone was relieved to wake up to sunny conditions at Sakhir on Wednesday mroning after yesterday's rain-impacted session had curtailed test programmes.

Teams therefore lost no time getting down to work with several drivers racking in more laps in the first four hours of the day than had been achieved during the whole of Tuesday.

Sebastian Vettel was the early pace-setter and sat at the top of the time-sheet at mid-day with a benchmark lap of 1m29.319s. 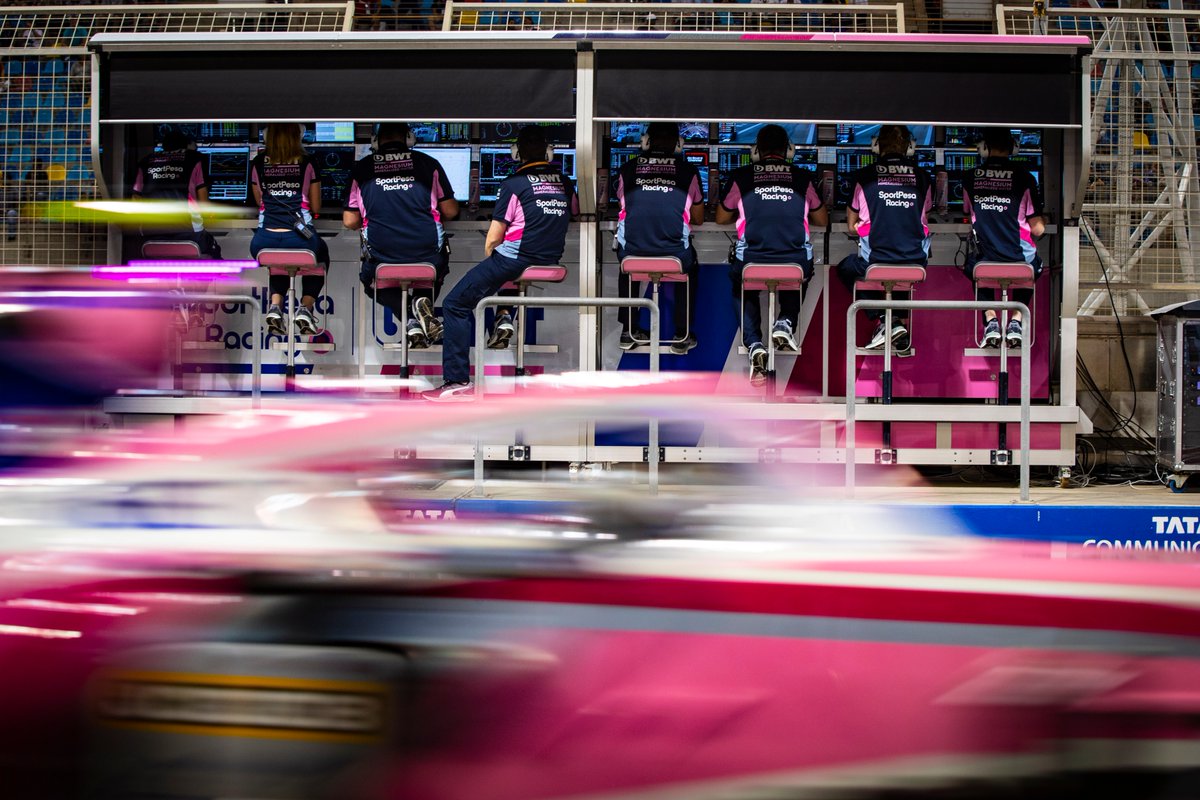 The session saw Red Bull rookie Dan Ticktum enjoy his first outing in an F1 car while Mick Schumacher transferred from Ferrari to Alfa Romeo to continue his apprenticeship.

The second part of the day saw Fernando Alonso take over from Carlos Sainz in McLaren's Pirelli car, but the Spaniard was kept busy as he relayed Lando Norris in the team's regular MCL34. 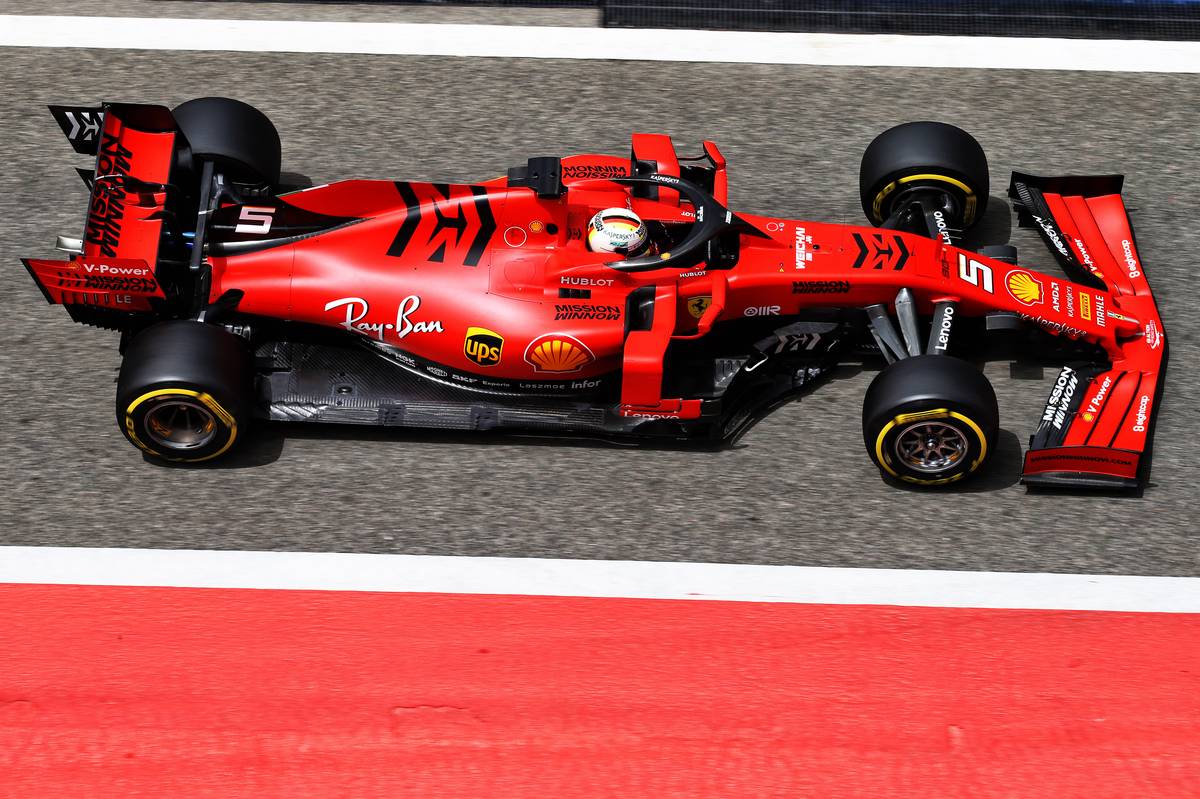 Faster times were far and few between in the early part of the afternoon as most teams focused on long runs and race simulations.

Honda enjoyed a productive work session spread across its two teams with Ticktum, Kvyat and Alex Albon leading the day's lap count with a combined 358 laps.

As the afternoon unfolded and entered the final 90 minutes of testing, Racing Point's Sergio Perez - who had taken over from Stroll earlier in the day - dialed some speed into his RP19, the Mexican popping up at the top of the screens with a 1m29.095s.

But final bragging rights for the fastest lap of Bahrain's in-season test would go to Mercedes and George Russell, the Brit clocking in with a 1m29.029s under his belt. A time that would have put Russell ninth on last Sunday's Bahrain Grand Prix grid.

And thanks to Pirelli, here are the combined times from the two days of testing at Sakhir.

It's interesting to note that just 0.22s separate Schumacher's best times with Ferrari and Alfa Romeo, while Russell has the honour of finishing the test first and... last! 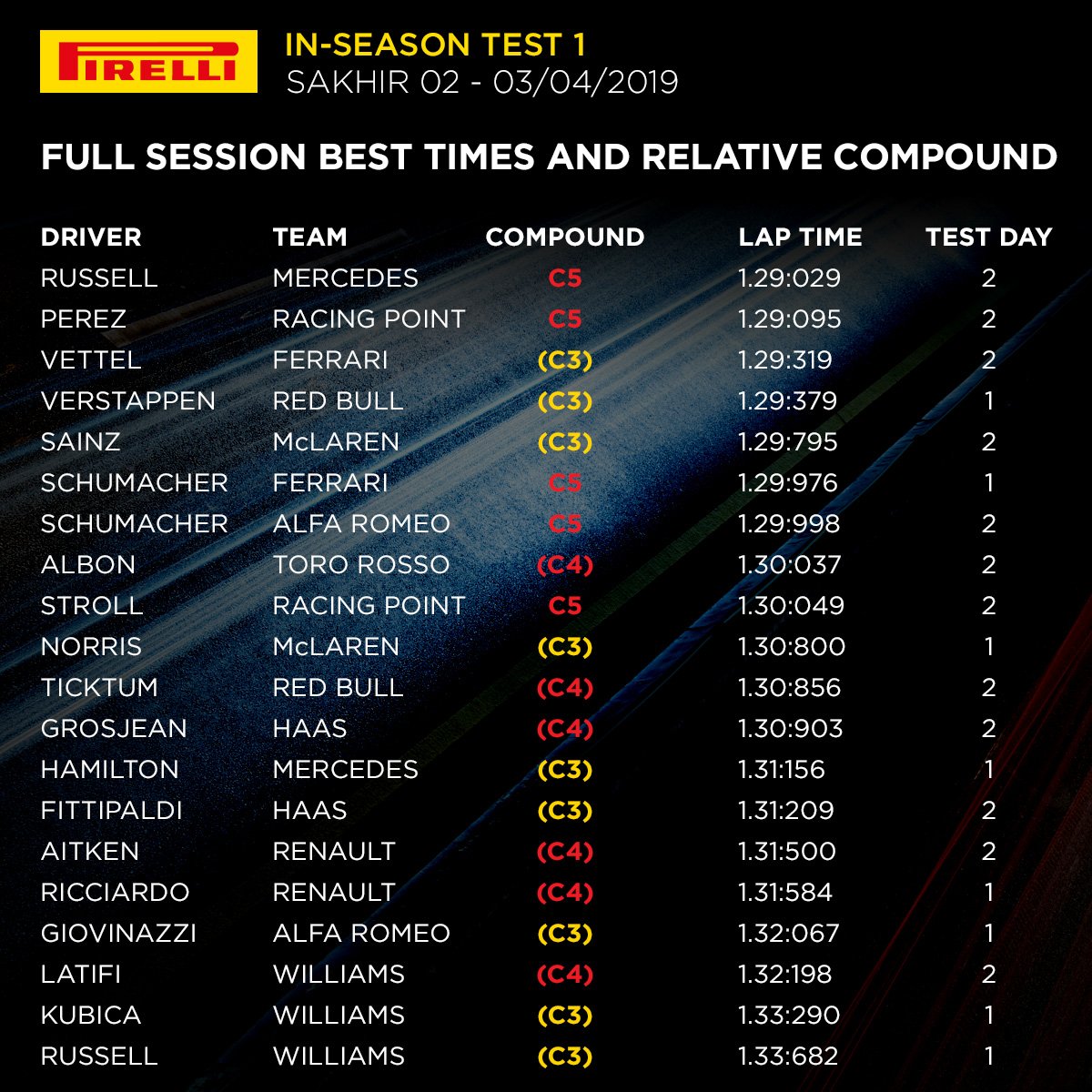 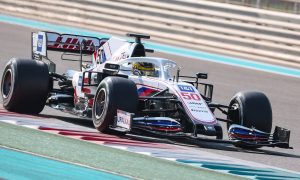 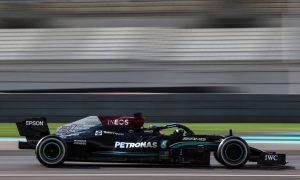 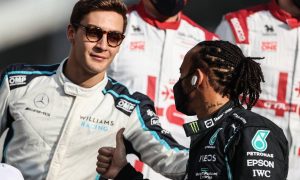