Ticktum was among Wednesday's marathon runners in Bahrain on the final day of the in-season test, with the rookie putting 135 laps under his belt or the equivalent of a double race distance onboard Red Bull Racing's RB15.

"I learned a lot today and my first time in a modern F1 car was a big step," said Ticktum who is racing this year in the Japanese Super Formula series.

"I think the biggest thing was learning the procedures. There’s a lot of settings to use, a lot to do on the steering wheel, even on a push lap, which isn’t the case in the junior formula.

"That was quite a lot to take in at the start – but I got used to it pretty quickly.

"It was also interesting having a garage full of people. It brings home that there’s a massive responsibility on the driver to deliver not just for himself and his engineers but for a whole Team." 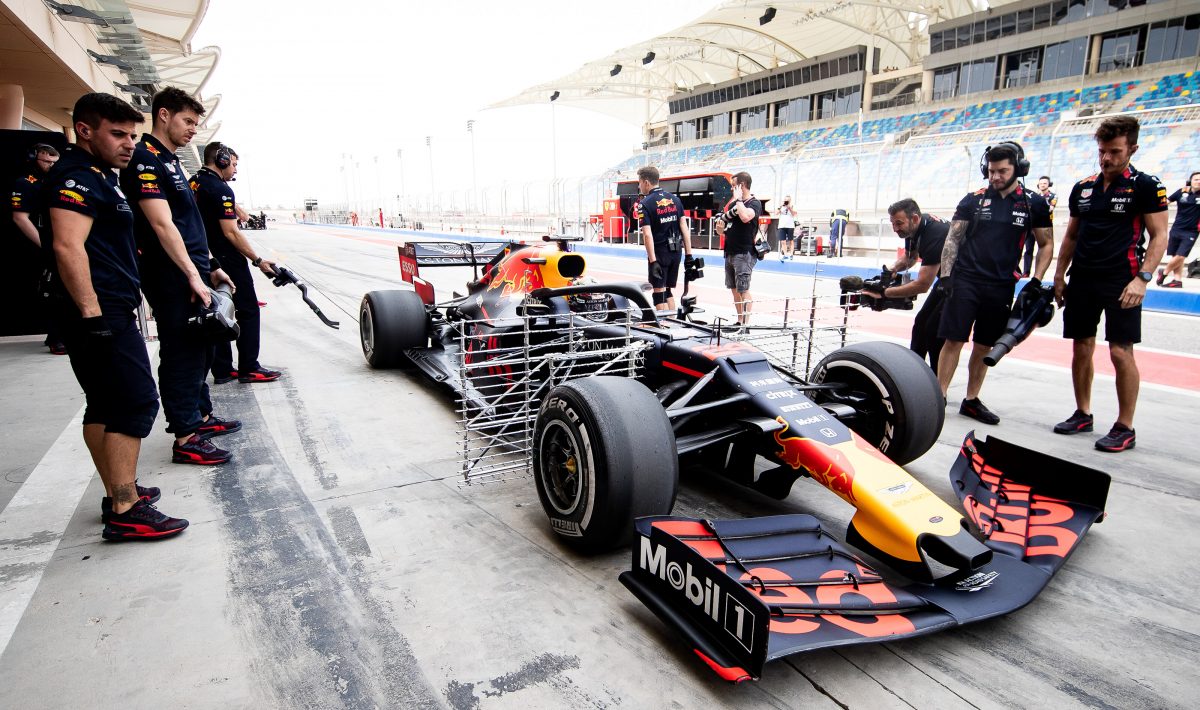 Ticktum's day went smoothly and included aero and set-up work and long runs, all of which contributed to the team's development programme.

The rookie was nevertheless a bit unsettled by a minor issue encountered in the closing stages of the afternoon session.

"I had a little issue on my last tyre run which stopped me from going about seven or so tenths faster.

"I’m a little bit annoyed about that but it’s not what this day is about, it’s about gathering data. In that respect it’s good.

"We did some long runs and I had a good opportunity to gain an understanding of how these tyres work.

"Fitness is absolutely fine. I’ve prepared quite a lot since January. The last three or four months have been pretty flat out and that’s helped. The neck wasn’t too bad either.

"All in all, I’d say the test went well today."