Fernando Alonso is expecting a "challenging" return to the Indy 500 next month after sampling Dallara's spec aerokit at the Texas Motor Speedway.

Alonso and McLaren's preparations for the 103rd running of the Indy 500 started in earnest on Tuesday, with the Spaniard undertaking a full day of testing at the TMS.

It was Alonso's first experience of the mandatory Dallara speedway aerokit that IndyCar introduced last year.

"I guess listening to everyone in the last year, I think there will be less downforce," he said.

"They can be trickier to drive, especially following [another car]. Today’s not a problem because I am alone.

"But I guess it’s going to be challenging, especially this year I am not with the Andretti [Autosport] ‘environment.’ It’s all by ourselves this year."

Alonso was an integral part of the Andretti Autosport squad in 2017 when he made his rookie debut at Indianapolis, and benefited greatly from the team's massive experience, helping him put himself in contention for an outright win until his Honda engine expired in the closing stages of the event.

For this year's race, McLaren has partnered with Carlin for a joint effort managed by former Force India team boss Bob Fernley.

"It’s good to be back on the oval with a very specific setup," added Alonso.

"This car turns left, self-steering a little bit. So, again, some weird feeling for me to try to get used to with the speedway, especially with a lot of banking on the corner, especially Turns 3 and 4.

"It’s different than Indianapolis but hopefully a good preparation for us. 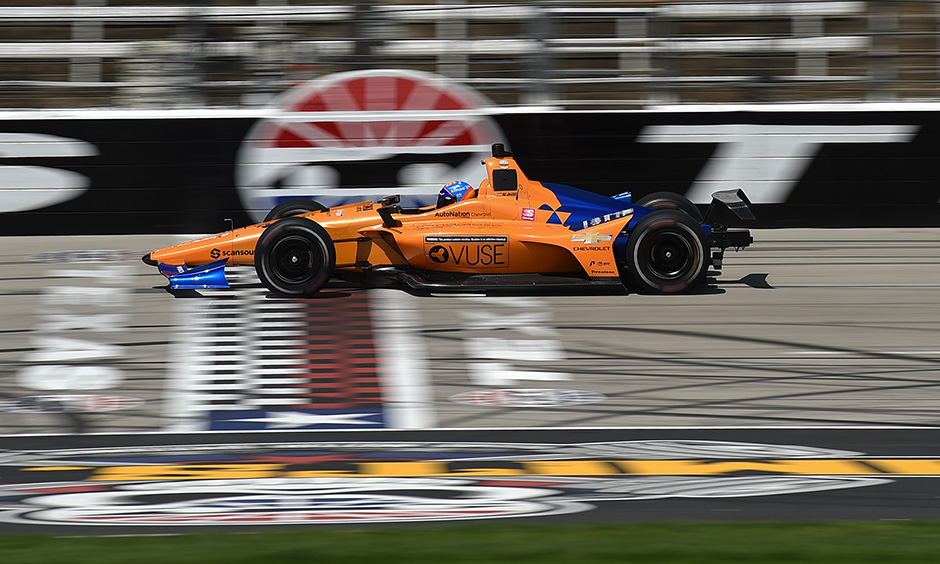 "For myself, obviously, it’s just about getting comfort in the car. It’s a new car, new team, so in terms of seat position, headrest, pedals, steering wheel preferences.

"For the team, I think it is quite important to set up everything as a team, who does what in the team, also the pit wall, the facility is completely new for everyone.

"Looking forward to go to the open test first [on April 24 at Indianapolis], to set up really there with the team and the car and start improving the car and being hopefully competitive in May when the race comes.

"The track is never the same. It keeps changing all the day from the morning, cold temperatures through the afternoon, quite hot, quite windy in the afternoon.

"I think Indy also is quite a windy place, so you need to keep chasing the track conditions with a setup. It's going to be a big challenge and we are ready to take it." 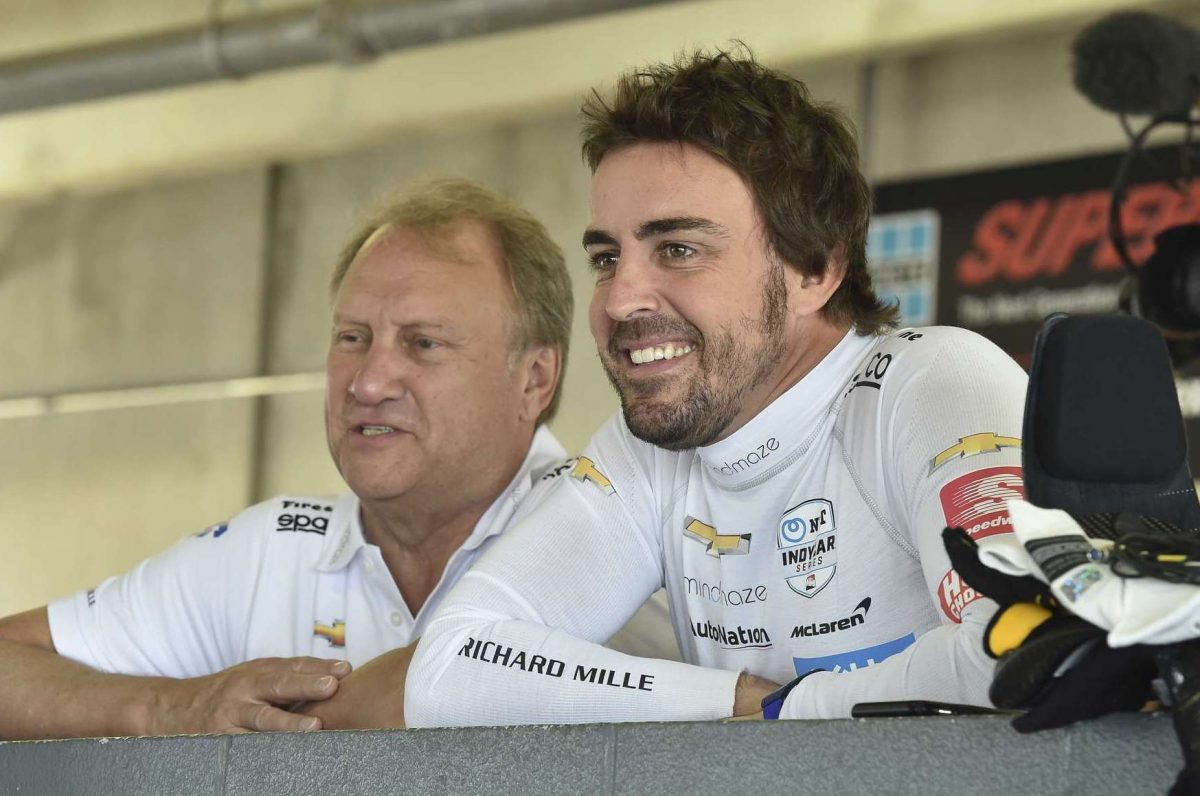 The challenges ahead not withstanding, Alonso says he will capitalize as much as possible on his previous experience at the Speedway, knowing what to expect when it comes to the groundwork and to many aspects of the Indy 500 format , although he won't be taking anything for granted.

"At least I know the race, the atmosphere of the 500, the drivers’ parade, I know the formation laps..," he said.

"I know a lot of things that you spend energy on your first time there because everything comes as a surprise.

"I think the energy – I can save it now. I know how it goes so I can go into the rhythm of the race, come into qualifying with a little bit more energy and more concentration.

"But I take this race as if I was starting from zero. I don’t want to take for granted anything.

"I want to review every single race from the past, start from zero with engineers and everything.

"I want to go to the simulator as I did in making the first start, and pit stops. I want to take as much preparation as possible."