Baku is the only event on the calendar in the last three seasons in which a driver outside of the top-three teams has finished on the podium.

And in 2016 and again last year, that high place of honour went to Perez. So unsurprisingly, the Mexican driver wants to repeat that feat for a third time here on Sunday.

“I’ve been on the podium in Baku at two of the three races so far and I think my podium last year was one of my best races," said the 29-year-old.

"I remember getting ahead of [Ferrari's Sebastian] Vettel and then keeping him behind me during the final laps," he added, recalling last year's success.

"I had to concentrate so hard and I drove some of the best laps of my life. Each lap was like a qualifying lap!"

Unsurprisingly, Perez nominates Baku as being one of his favourite races of the year - not including his home event in Mexico, of course.

"It’s a quick lap with good overtaking opportunities and that seems to generate lots of drama," he said. "I love the lap.

"It’s a real challenge for the drivers because the walls are close and you have to be so precise. Street circuits generally really test the drivers and I actually wish we had more on them on the calendar.

"For a number of reasons the track layout has always suited our cars. It’s a track where you need good top speed and confidence on the brakes."

He's certainly hoping that this weekend will see him continue his stead improvement in 2019. After a pointless start to the season in Melbourne, he was tenth in Bahrain and eighth in Shanghai. 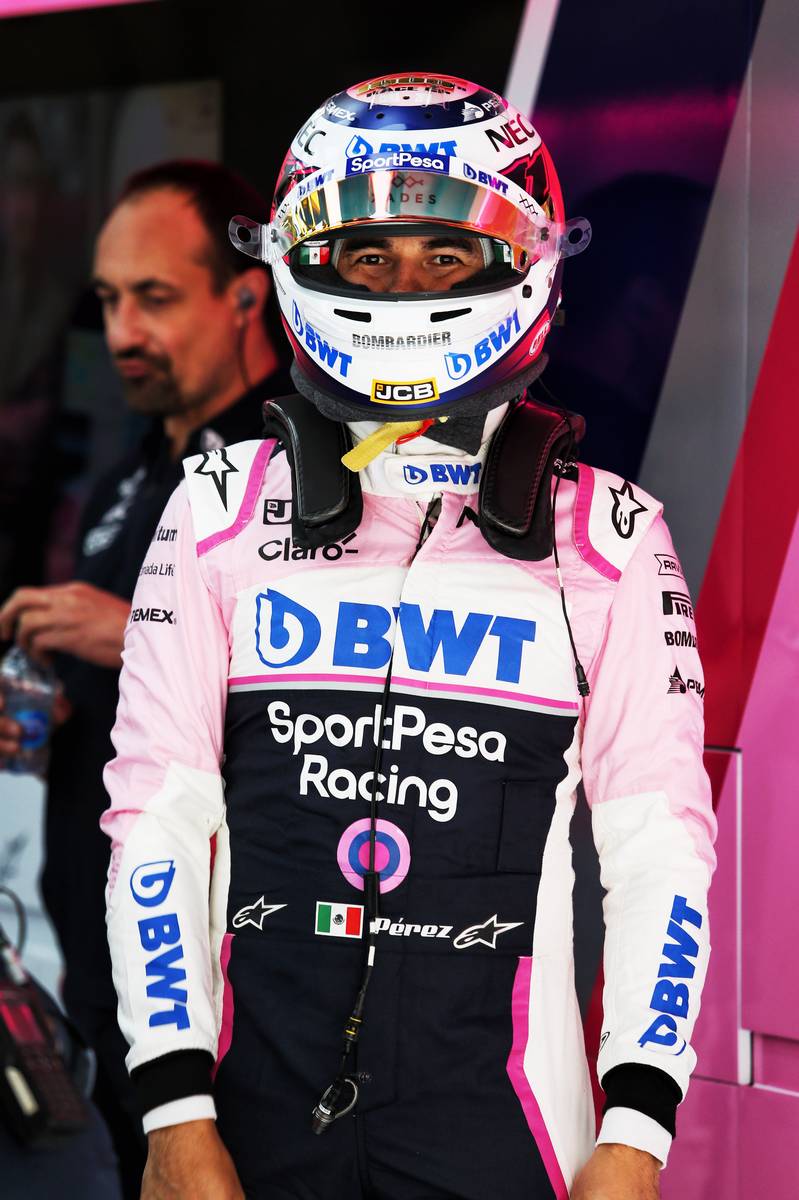 “This team has always been competitive in Baku so I am hopeful the same is true this year," he said.

"I was happier with our performance level in China, especially on Sunday, and we need to find the same rhythm in Baku.”

The team is currently languishing in eighth in the constructors standings, but a net gain over its nearest rivals of just six points would be enough to shoot it back into its customary fourth place.

"We know the middle of the grid is very close but nobody is running away in the points’ race just yet," said Racing Point team principal Otmar Szafnauer. "We just need to keep up our consistency and picking up points when we can.

"We arrive in Baku determined to extend our run of points finishes. It’s a place where we have had success in the past and I think the track layout will play more to our strengths."

Delétraz signs up as Haas simulator driver for 2019

Marko doubts 'brutal' F1 is 'in the female nature'