Daniel Ricciardo described his afternoon practice session in Baku as 'strange', the Renault driver's day coming to a premature end after he found himself short on tyres.

The Aussie managed a total of just 16 laps on Friday, 15 of which were achieved in FP2 following the cancellation earlier in the day of the first free practice session.

It all made up for what Ricciardo described as a very "strange" day.

"It was strange, and then FP2 was probably even more strange for me," said the Renault driver who concluded his session with a lowly P15.

"I missed the last half hour or more. Normally around here it's because you've crashed.

"My reason was flat-spotting both sets. Unfortunately we didn't have any tyres to do a long run. I don't think I've ever been in that position before.

"Obviously it was not cool, it's frustrating, but at least it highlighted some areas we'll work on tonight.

"I wouldn't say I'm concerned, I just know that hour [of final practice on Saturday] we've really got to get into it and be super-efficient." 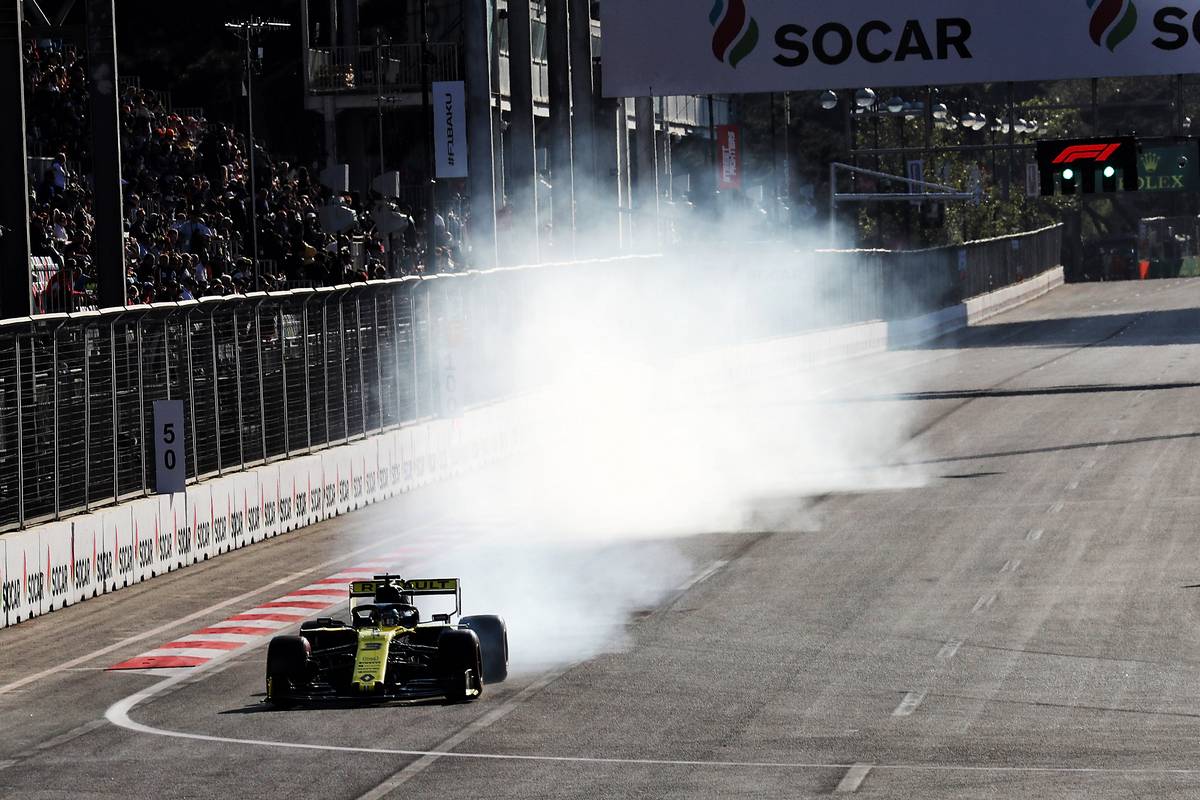 While team mate Nico Hulkenberg managed to put more laps than Ricciardo under his belt, the German driver's speed was equally depressing, with the pair's underperformance partly rooted in the lack of downforce of their R.S.19.

"I think we’ll sort it out," said Ricciardo.

"Today was for sure a challenge for us. But I’m convinced we’ll sort it out for tonight and get them going.

"I think especially on a low-grip circuit once you switch them on the grip will come quite quickly.

"I’m sure a smile will be on both of our faces once we feel that."