It's been confirmed that Williams F1 will receive financial compensation for the damage done to their car during last week's Azerbaijan Grand Prix race weekend.

A drain cover came loose early in the first free practice session on Friday in Baku, and was sucked open by the aerodynamic power of Formula 1 cars as they ran over it.

The unfortunate driver to be in the wrong place at the wrong time was George Russell. His car was so badly damaged by the drain cover coming open that the chassis had to be effectively written off.

It didn't help that the crane on the flat bed truck returning the FW42 to pit lane then hit a low bridge, resulting in it leaking hydraulic fluid over the car before it could be offloaded and returned to the Williams garage.

Russell was unhurt in the incident but missed all of Friday's practice as the team built up a new car for him from their spare chassis. He subsequently took part in qualifying on Saturday and finished 15th in the race.

However there had been questions as to who would pay for the repairs to Russell's car, with the struggling Williams team not best placed to absorb the costs estimated to be in the six figures.

But now the Azerbaijan race promoters have confirmed that they will be paying out.

"Obviously this is our fault, we did admit it," Arif Rahimov told Autosport magazine this week. "It's something that we as a circuit shouldn't have allowed. 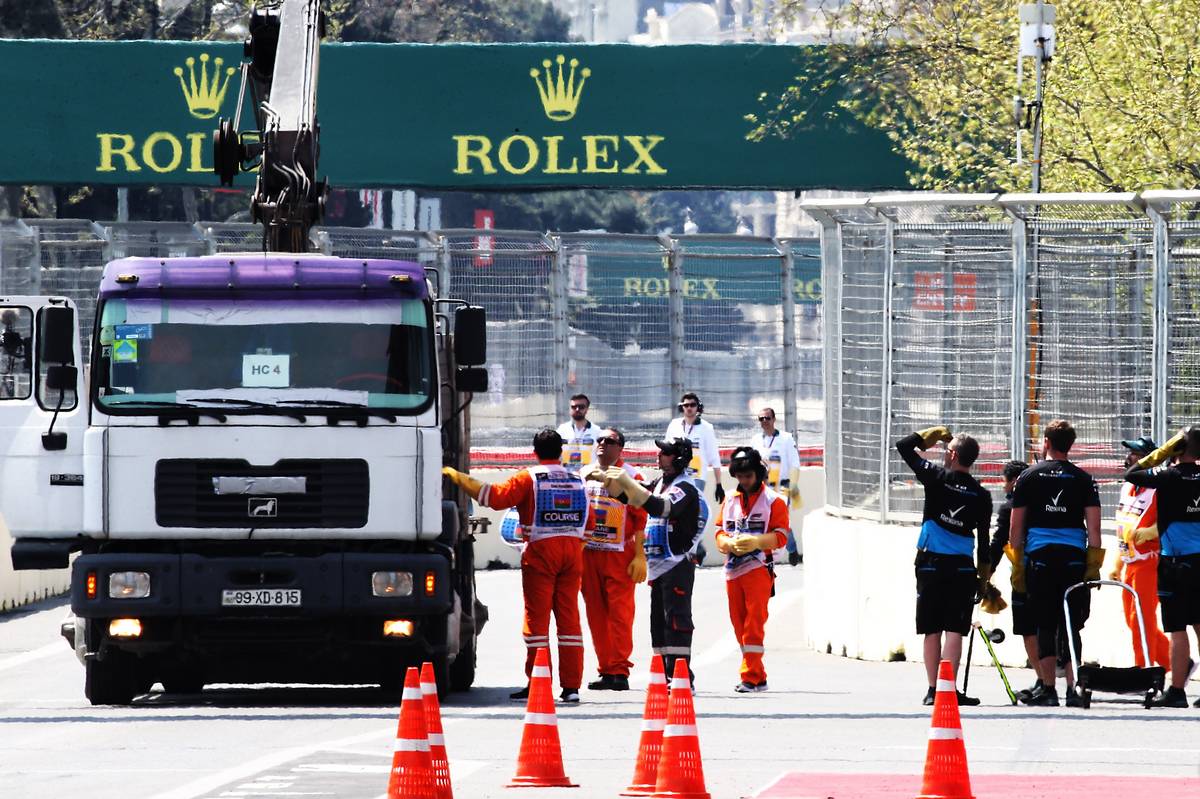 Rahimov said that the team accepted that the incident had been a simple accident, and that it clearly hadn't been done on purpose.

"Obviously there are no hard feelings," he said. "We were very apologetic. We also sent some flowers to say we were really sorry about what happened."

Rahimov added that he hoped to get the money to Williams "as soon as possible", rather than the full year that Haas had to wait for compensation after a similar incident in 2017 when Romain Grosjean's car was similarly damaged by a loose drain cover in Malaysia.

Meanwhile Rahimov has stated that the venue will improve its safety procedures for future events to make sure there is no repeat of the embarrassing and potentially dangerous incident.

He said that henceforth the organisers would have teams out first thing in the morning and again in the evening after track activity concluded, to check that all 300 manholes and drain covers were still securely bolted down.

"We will definitely make sure that this never happens again," he insisted.

Leclerc: 'I will do anything to change the hierarchy at Ferrari'