Williams George Russell jumped from the frying pan into the fire in Baku as he recovered from a viral infection ahead of the race weekend only to be dealt a big blow on the track on Friday.

Russel contracted a bug after the Chinese Grand Prix which he battled all the way to Baku, pulling out of media day on Thursday to extend his rest before getting down to work the following day.

Unfortunately, the young rookie's running in FP1 - and the session itself - ended after just fifteen minutes with a massive bang, the result of hitting a dislodged manhole cover that critically damaged his FW42, forcing him to the sidelines for the remainder of the day.

"Since Wednesday last week, it's been horrific," said Russell.

"I slowly recovered and then when I woke up Thursday morning, just felt very weak and ill, pretty much, again. It was like this viral infection.

"One minute I was shivering, the next I was sweating, terribly sore throat, getting light-headed, and just feeling weak, no energy at all. Wasn't nice.

"It wasn't ideal [preparation], and from my side I just want to do the best job, every possibility, and that was holding me back, but I woke up this [Saturday] morning feeling good." 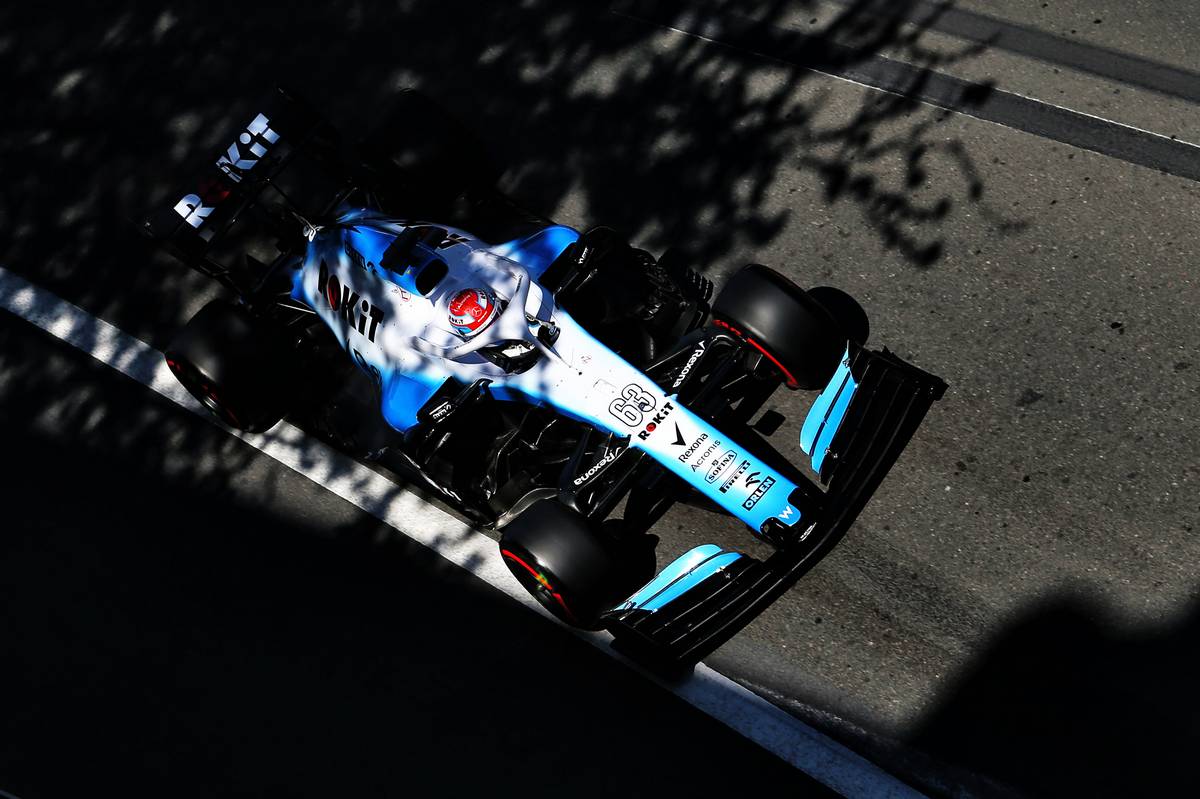 Russel endured a laborious FP3 as he bed in his new chassis but qualifying saw the Williams drivers' performance improve, the Brit edging team mate Robert Kubica by four tenths although in relative terms the FW42 remains the field's laggard.

"FP3 was not a good session whatsoever, really struggling with confidence, lack of grip, just sliding all over the place," he said.

"We made some changes for qualifying, I was very pleased with my laps, they felt decent.

"But yeah, it's just a bit of a shame that as a team we're quite far from the pace, but I felt like I got the most out of the package."