Reports that the Spanish Grand Prix could be dropped from the Formula 1 calendar as soon as next year have been greeted with dismay by drivers arriving at the Circuit de Barcelona-Catalunya for this year's race.

It's understood that the event will be replaced on the schedule by a Dutch Grand Prix held at Zandvoort in 2020, to capitalise on the huge popularity of Max Verstappen. However there has been no official confirmation that this will actually be the case.

“I’ve no information about the details and the politics of what’s going on," Mercedes driver Valtteri Bottas said in the Thursday press conference when asked about the reports. "But it would be a shame."

The first Formula 1 Spanish Grand Prix was held in 1951. As well as holding pre-season testing, it's been a constant fixture during the season since 1986, when Ayrton Senna won for Lotus at Jerez.

Since 1991 the race has been held at Barcelona. Michael Schumacher won here six times between 1995 and 2004, twice the number of times of any other driver.

“It’s been in Formula 1 for a long time, this track," Bottas acknowledged. "There are so many fans in Spain. It’s a nice Grand Prix for all the fans to come to.”

Red Bull's Pierre Gasly agreed that the rumoured demise of the Spanish race had been a big surprise.

“I think it would be quite a shock to lose the Spanish Grand Prix," the french driver said. "Barcelona is probably the track where we have all most driven on, from Formula Ford, Formula Renault, all the categories. 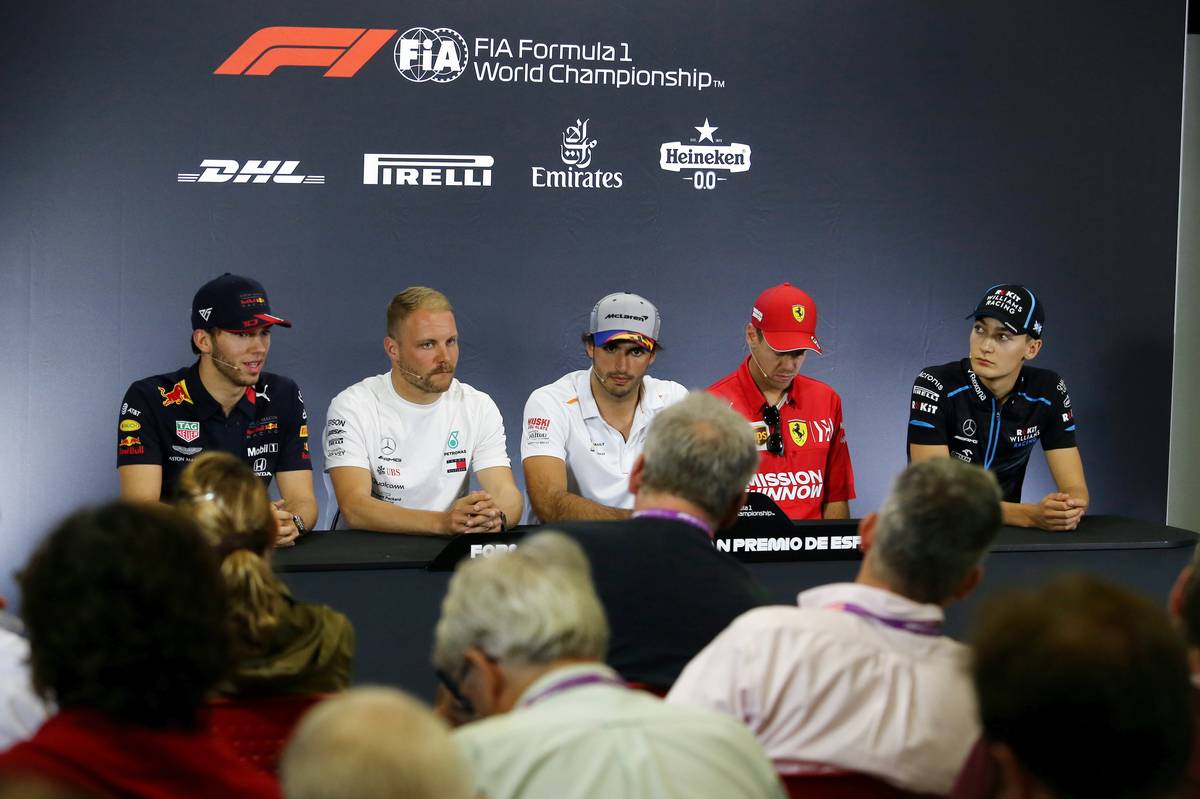 “Hopefully, an agreement can be found [to keep Spain]," he added, saying that he saw no reason why both events couldn't find a place on the 2020 itinerary.

"I don’t mind having more races. I like racing, so hopefully we can get the two on the calendar."

McLaren's Carlos Sainz was understandably the most disappointed by the news that his home race faces the chop after this weekend.

“For me it would be a big loss," he stated. However he held out hopes that reports of the Grand Prix's demise had been greatly exaggerated.

"As far as I know, negotiations are still ongoing," he insisted. “Nothing has been confirmed. I’m hoping that all the institutions are going to do their job, and are going to agree on something.

“It’s in the benefit of Barcelona, of Spain, of Formula 1. The Spanish Grand Prix has a lot of history in F1 and it would be a big shame to lose it.

"This city, this track, deserves to be in Formula 1," he said, although he also floated the idea that the race could return to Jerez instead.

"If you could add Jerez then even better because then I have two! But if you don’t keep Barcelona, I wouldn’t mind having Jerez. That’s pretty much my order of priority if you ask me now.”

“Hopefully they can agree on something," he concluded. "Maybe not next year because it’s too late, but hopefully agree something for the future."