Max Verstappen - Formula 1's 'Driver of the Day' in Barcelona - proclaimed himself happy to secure his second podium of the season despite his Red Bull being no match for the dominate Mercedes squad in Spain.

Verstappen held his own off the grid but gained a spot when Ferrari's Sebastian Vettel lost momentum on the exit of the first complex of corners.

"I had a good start, but it was a bit hectic in the first corner," admitted the Dutchman.

"When I saw Vettel and both Mercedes go together into Turn 1, I backed off, which positioned me well for Turn 3.

"That made me come back from P5 to P3. That was good, as it set me up for the race. After which I could drive my own pace."

Indeed, it was a relatively uneventful afternoon thereafter for Verstappen save for a Safety car period that produced a hope of challenging his Mercedes rivals.

To no avail unfortunately as the Silver Arrows drivers were in a league of their own.

"The Mercedes were quick, I think they were trying at the end as hard as they could but of course I was also pushing flat out.

"We were competitive, the speed was good and I am happy to be on the podium." 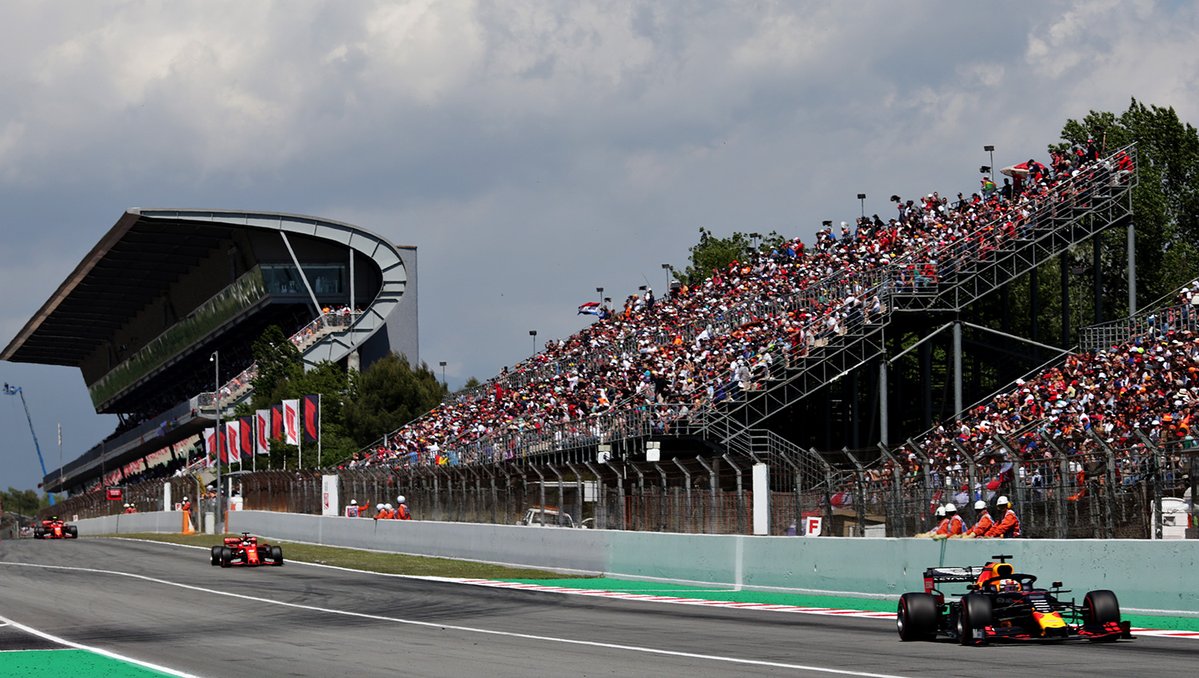 Red Bull team boss Christian Horner praised his driver for a job well done in Barcelona and for keeping Ferrari's chargers at bay at the end of the day.

"First all, to beat Ferrari here when they were so strong in pre-season nine or ten weeks ago is just a great result for the team.

"If you look at Verstappen's performance since Monaco last year, he's been phenomenal, driving with a great deal of maturity, he's enjoying that and it's really lifted his game.

"For Monaco, we've always run well there and Max is due a bit of redemption there so hopefully we can give them [Ferrari, Mercedes] a hard time there," Horner added.

Vettel and Leclerc play down Ferrari 'miscues' in Spain