It's a venue from a bygone era, an anomaly on the F1 calendar thanks to its slow and narrow track, but Monaco is also Formula 1's most sparkling crown jewel.

To master the treacherous street circuit over the course of 78 laps is a testimony to a driver's skill and prowess, but as far as tyres are concerned, the Principality is allow stress environment; hence the softest compounds are nominated.

Pirelli's selection includes the white C3 hard tyre, the yellow C4 medium and the red C5 rubber. And a one stop strategy should be the norm.

"Unsurprisingly, we’re bringing our softest tyres to Monaco, with the C5 being broadly equivalent to last year’s hypersoft but designed to have less graining in cooler temperatures and to give a greater possibility for the drivers to push hard from the start to the finish of each stint," explains Pirelli F1 boss Mario Isola.

"This means that not as much tyre management is needed as for the 2018 hypersoft, but its excellent performance is still maintained – so we could be in for a fast race, especially compared to last year.

"Monaco is like nowhere else, but it’s a grand prix where every strategic opportunity has to be grasped, especially if there is a safety car. 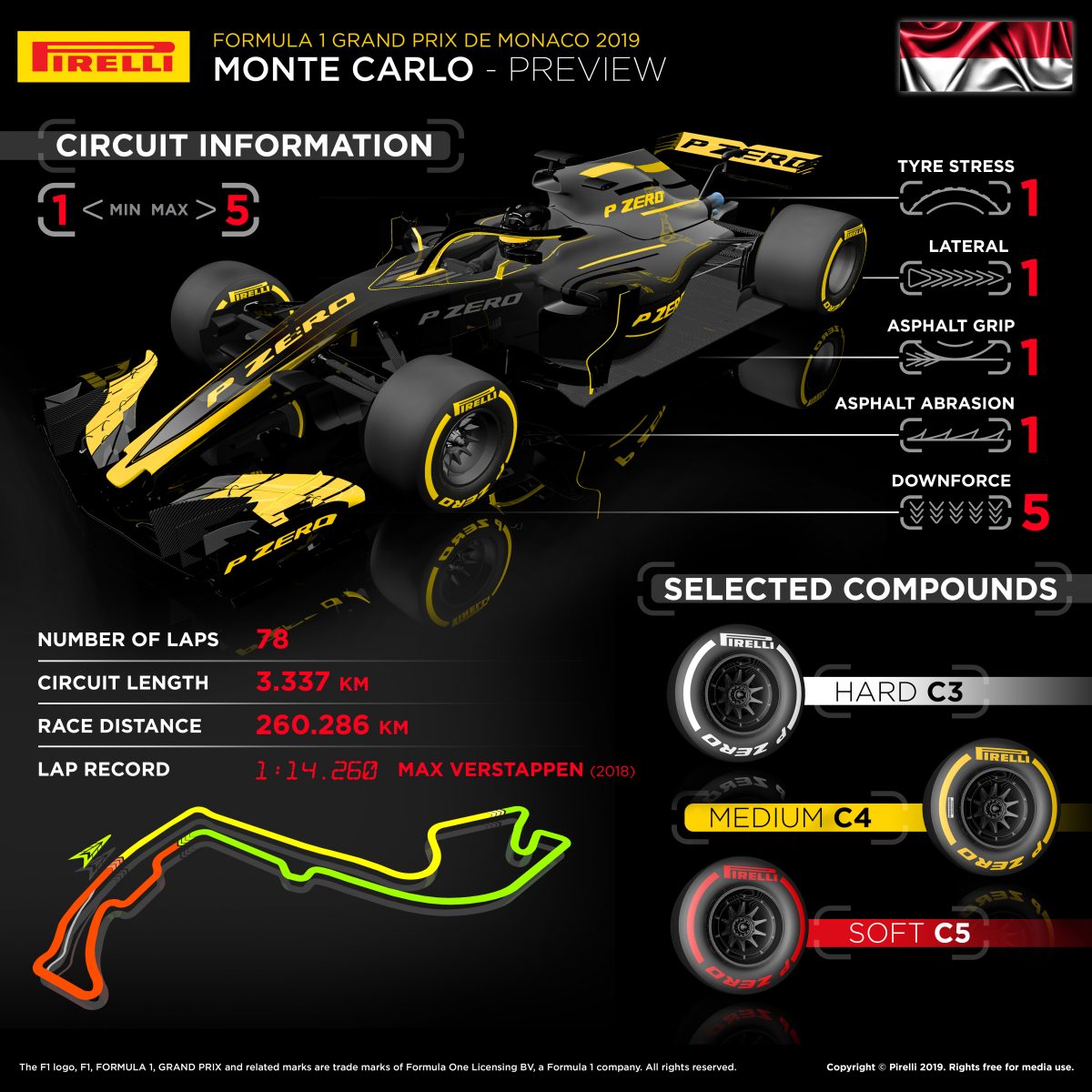