The Mercedes AMG F1 team has fitted a red halo safety device to both Lewis Hamilton and Valtteri Bottas' W10 cars as an added tribute to the team's deceased chairman Niki Lauda.

The front nose of both Mercedes' cars is adorned with a 'Danke Niki' message along with Lauda's signature, while the rear bodywork of the Silver Arrows also features a red star.

The team has now added the red halo to its homage to the F1 legend.

Most teams have chosen to pay their respects to the three-time world champion who passed away on Monday evening.

Toro Rosso's chargers also feature a 'Danke Niki' on its cars while McLaren - a team to which Lauda delivered a world title in 1984 - is also displaying a tribute. 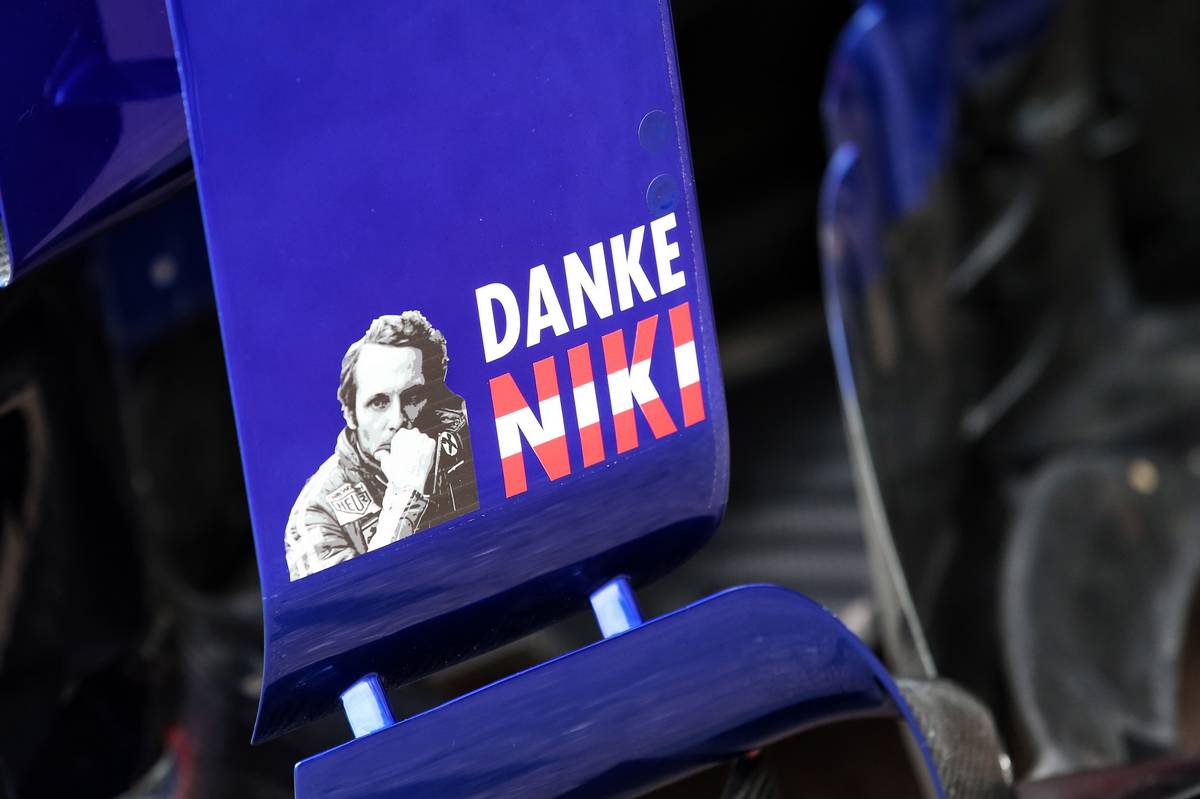 Ferrari's Sebastian Vettel is wearing a bright red helmet dedicated to the great Austrian and the Scuderia has inscribed the name of its former driver on its cars.

Formula 1 is expected to celebrate Lauda's memory on Sunday before the start of the Monaco Grand Prix.

Stewart: Hamilton absence from media day not a 'selfish' act