Valtteri Bottas says that he was unlucky to get caught up in a pit lane incident with Max Verstappen - but also very lucky that it hadn't turned out to be worse for him than it did.

Bottas was running in second place behind his Mercedes team mate Lewis Hamilton in the early stages of the 2019 Monaco Grand Prix.

A safety car on lap 10 sent the leaders heading to pit road for a 'free' pit stop. Bottas was obliged to 'double stack' and wait while Hamilton was serviced, before the team engineers could take care of his tyre change.

When he was finally ushered back out, he found Red Bull were sending Verstappen out at the same time and the pair made contact.

"I don’t know the reason why the stop was slow, and then Max was sort of alongside me in the pit lane," Bottas explained after the race. "He had been behind before, but in the pit lane he was slightly ahead.

"We were side by side, but he kept coming to the right and we touched. I also touched the wall [on the other side] because there was no space.

"I got a puncture for that," he confirmed, saying that as a result he had been forced to pit for a second time on the next lap. "It was the key point, and the thing that made the race more difficult.

As a result of the incident, Bottas dropped two positions and ended up running the rest of the afternoon on fourth place behind Hamilton, Verstappen and Ferrari's Sebastian Vettel.

But the Finn said he'd expected the outcome to be far worse than that. “It could have ended up worse.

“I thought that having to stop again, I would be down at the back of the field," he said. "But I ended up just losing out to Seb. So I was unlucky - but also a bit lucky! 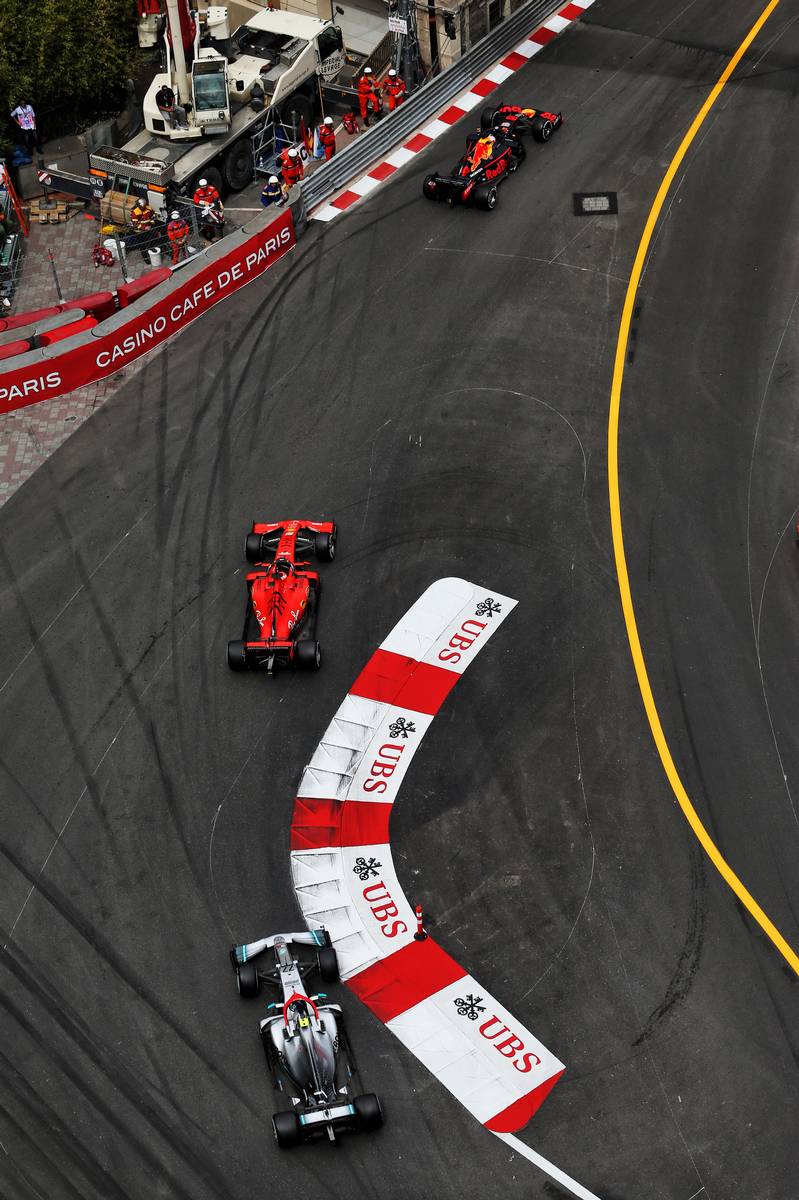 The second pit stop also gave Mercedes the opportunity to immediate redress a strategic mistake. Bottas has initially been sent out on medium compound tyres while Verstappen and Vettel were put on the hard rubber to make it through to the finish.

Realising what their rivals were up to, Mercedes switched tactics to cover it off and this time bolted hard tyres on Bottas' W10. Given the way that Hamilton struggled to make it to the finish on the original mediums, Bottas had struck lucky a second time.

Bottas also benefited from Verstappen being handed a five second penalty for the original unsafe release, which meant that he gained back at least one of the two lost positions when in the final race classification.

"These are still important points," he stressed. "It’s disappointing, going backwards from your starting position."

“The only thing I could get back was Max’s place due to the penalty he got. But there was no way I was going to get back the position I lost to Sebastian.

"He got his penalty, and it’s okay. No more point in talking about that.”

Even before the pit stop, the two drivers had come close to a disastrous clash going through Sainte-Devote at the start of the race.

"Max obviously had a great start from the inside line and was there for turn 1," Bottas explained. "But I knew that if stayed on the outside and could carry more speed I would be okay.

“There was a small moment, at mid-corner, where I was expecting him to hit me. But he didn’t, and I was happy with that. Job done!"

Sainz delighted with 'best move of my career'