Penske driver Simon Pagenaud successfully powered his way to victory lane in the 2019 Indianapolis 500, after starting the race from pole position.

Despite concerns about inclement weather, the race was untroubled by the elements and built to a thrilling climax following a dramatic multi-car crash, as Pagenaud battled to hold off 2016 race winner Alexander Rossi all the way to the line.

Pagenaud held the early lead over team mate Will Power, with ECR's Ed Carpenter and Spender Pigot close behind. The French driver was able to stay in front during an early restart triggered by the retirement of teenage racer Colton Herta with a gearbox issue in turn 3 on lap 4. 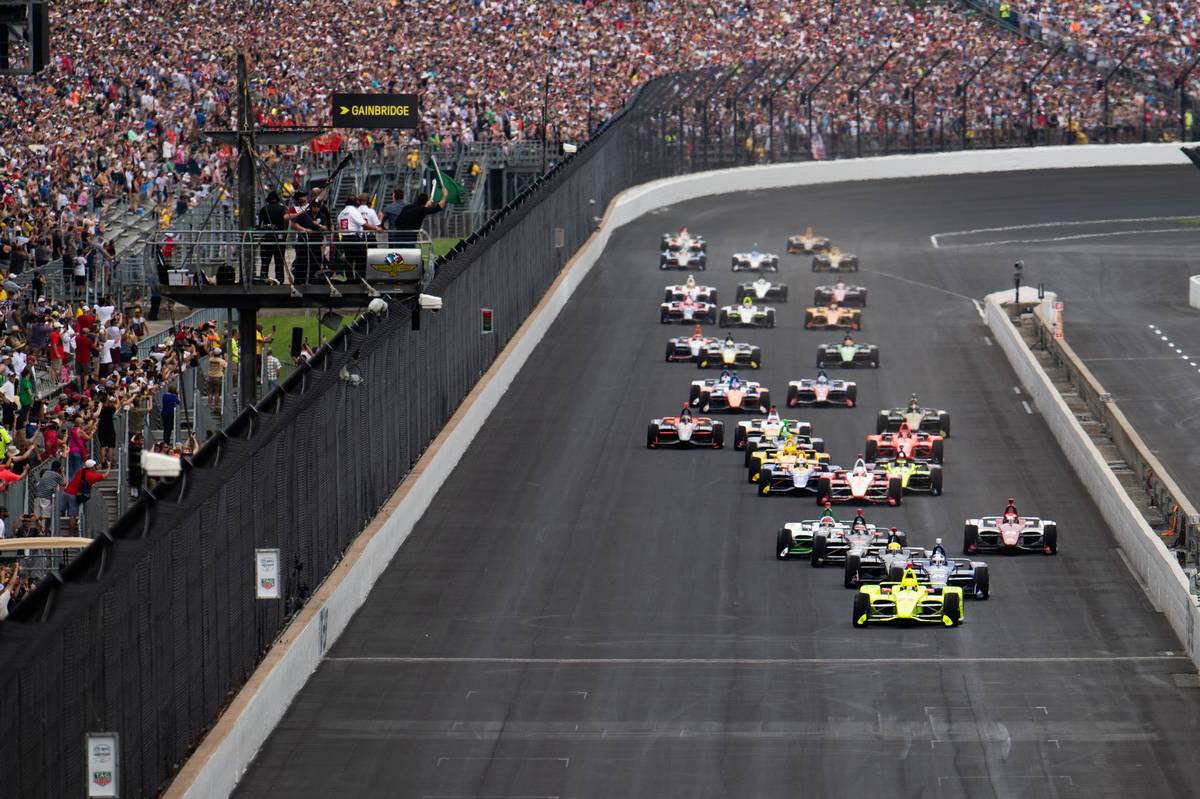 Pagenaud pitted for the first time on lap 32 of 200, marking the first lead change of the afternoon. The sequence of pit stops also saw Helio Castroneves clash with James Davison on pit lane, the three-time Indy 500 winner earning a drive-through penalty after spinning the Dale Coyne Racing car.

The incident didn't trigger a full course yellow and Pagenaud retook the lead once the other cars completed their own stops. The race remained green despite the retirement of Ben Hanley with a drive shaft issue, and Jordan King running into one of his pit crew members. That was serious enough to require the attendance of the safety crew. Power suffered similar misfortune when he too hit one of his pit crew for which he was sent to the back of the field.

The second yellow materialised on lap 73 when Juncos Racing's Kyle Kaiser - the driver who bumped Fernando Alonso off the grid in last weekend's qualifying - spun out at turn 2 and took a heavy hit against the wall.

When the race resumed, Pagenaud continued to lead but came under increasing pressure from Carpenter. He then pitted just before the halfway point of the race, but once again was back on top then the other stops were completed.

Now it was Andretti Autosport's Rossi who was now leading the challenge to the Penske domination, despite frustration for the American with slow pit stops caused by a faulty fuel sensor. 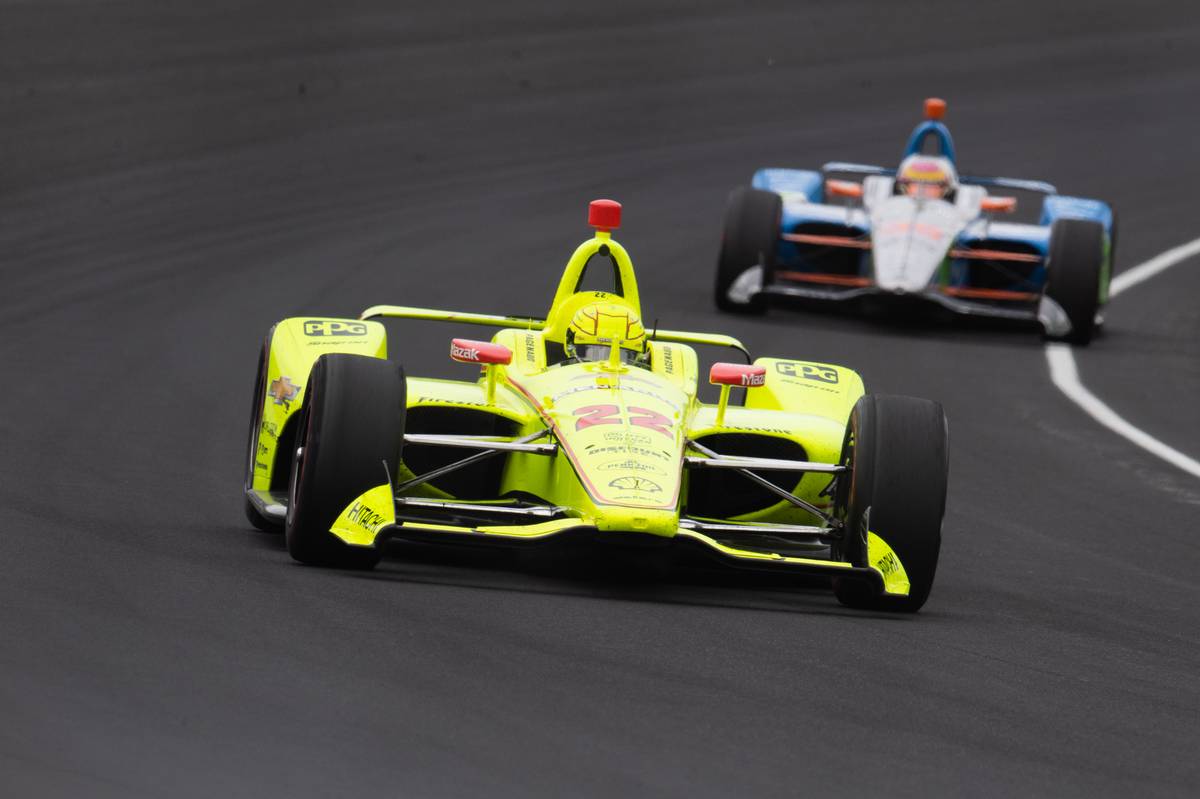 His race was also affected by a new yellow flag on lap 138 for former F1 driver Marcus Ericsson, who spun out of eighth place while entering pit road. The timing of the caution was unfortunate for those yet to stop, including Scott Dixon and his Ganassi team mate Felix Rosenqvist, as well as for Dale Coyne's rookie driver Santino Ferrucci.

The race resumed on lap 149 with Pagenaud back in charge, having led 102 laps so far - the first time a driver had led more than 100 laps in the Indy 500 since 2010. But Pagenaud was immediately under pressure from another of the Penske posse, as Josef Newgarden took control two laps later.

Pagenaud was content to follow in his team mate's tow which allowed him to save some fuel. Even so, he was the first man in for the next - and final - scheduled pit stop on lap 170. It meant he was still fuel saving when he came back out, allowing Rossi to make up lost ground and take the lead. 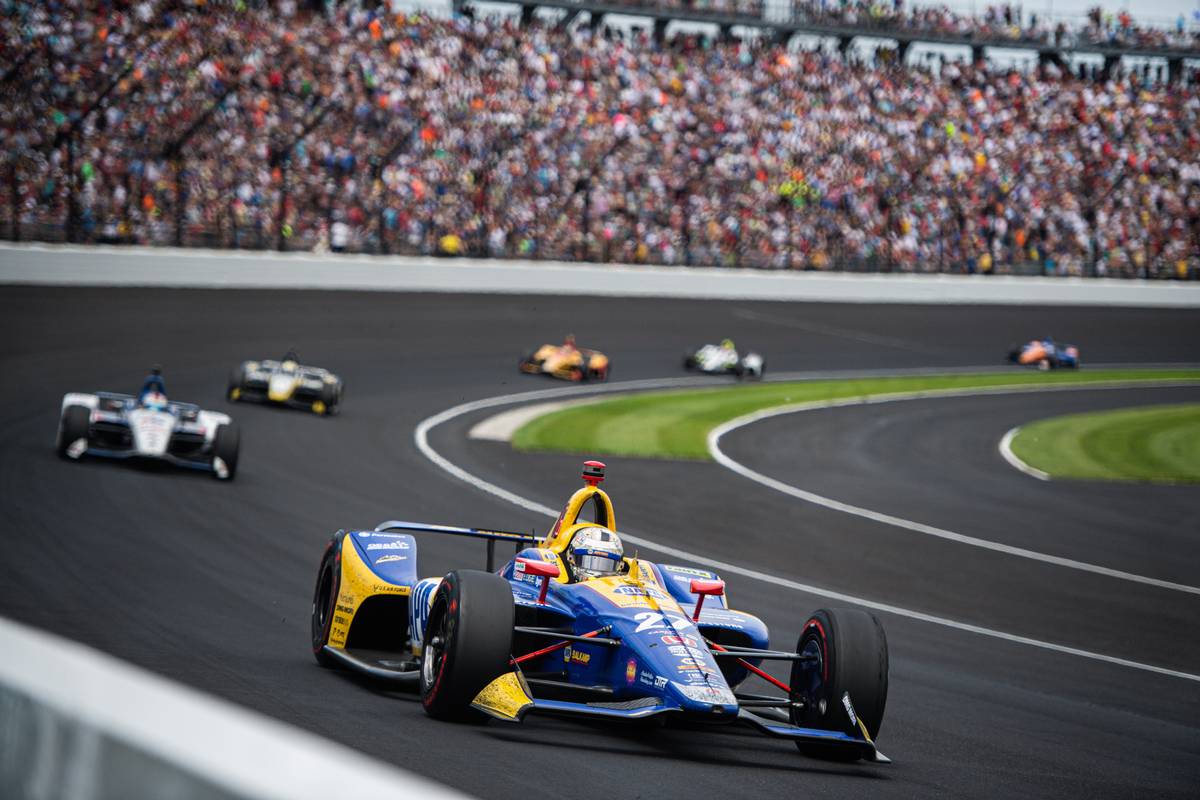 The race then took a dramatic turn when a clash between Sebastien Bourdais and Graham Rahal on lap 178 triggered a multi-car accident that caught up Zach Veach, Felix Rosenqvist, and Charlie Kimball, as well as resulting in an 18-minute red flag for clean-up operations.

The caution was good news for Pagenaud, whose fuel issues were now considerably alleviated in the final 13-lap shoot-out to the finish. Rossi looked the faster of the cars, but once back out in front Pagenaud worked hard to deprive him of the all-important tow down the long straights. 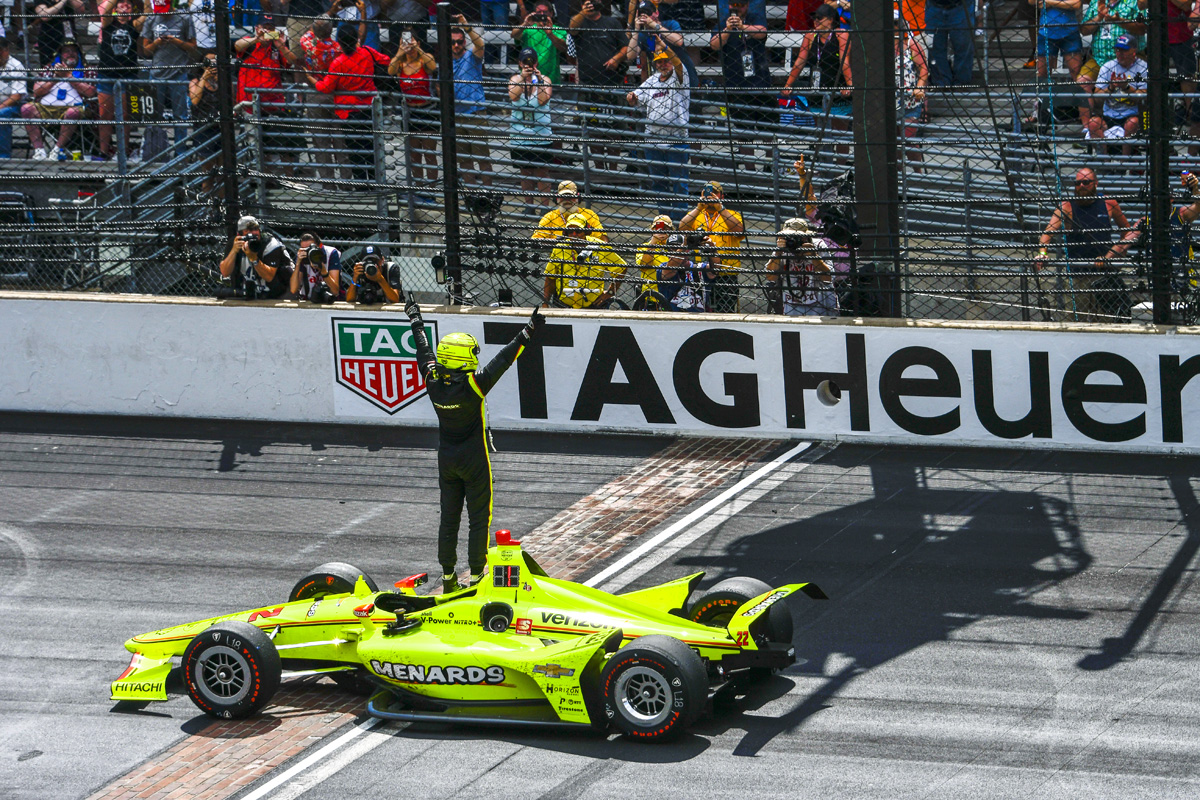 When the chequered flag came out it was Pagenaud still in the lead, and an emotional Rossi had to settle for second. They were followed to the yard of bricks by Takuma Sato who had successfully pulled off some decisive late passes on Newgarden, Power and Carpenter.

Ferrucci - who had only just squeaked through that multi-car wreck - finished seventh ahead of series veterans Ryan Hunter-Reay and Tony Kanaan. Rounding out the top ten was former GP3 driver Conor Daly, with James Hinchcliffe, James Davison, Ed Jones and Spencer Pigot all finishing within ten seconds of the race winner.