Renault F1 boss Cyril Abiteboul confirmed in Monaco that F1's future regulation platform won't be decided by the end of June, although a technical draft should allow teams to begin preparations for 2021.

For the last twelve months, Formula 1, the FIA and the teams have worked to elaborate the sport's future technical and commercial rules that should carry Grand Prix racing into a new era.

Bold changes - both on the technical and financial fronts - initially planned by Liberty Media have been reined in and replaced by compromises as manufacturers seek to protect their interests.

Earlier this year, Red Bull's Christian Horner alluded to an extension of the June 30 deadline to set the 2021 regulations in stone, and Abiteboul at last week's team principal press conference in Monaco.

"Will we have a signed contract by FIA, Formula 1 and all 10 teams by end of June or mid-June for the World Motor Council? No, obviously no," Abiteboul said.

"But in my opinion there has been a lot of groundwork already covered.

"And in my opinion we are probably 80% or 90% from that point, from that milestone

"So with enough faith and enough goodwill from all participants and probably a bit of a push from the key stakeholders, FIA and Formula One, there is no reason why something cannot be presented at the World Motor Sport Council that will be advanced enough to give useful guidelines for the remainder of the year, so that we have a complete set of guidelines for the end of the year." 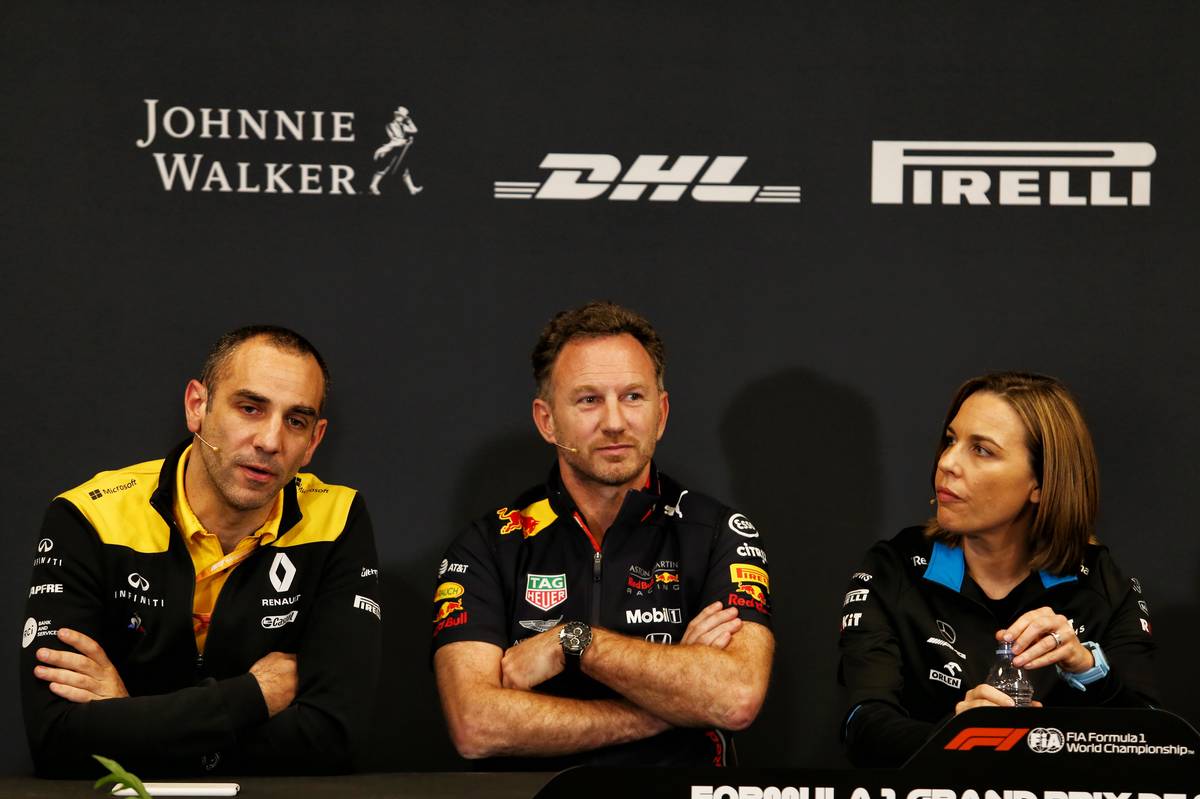 Williams deputy team principal Claire Williams was on the same page as the Renault boss.

"When we first started these negotiations, it was a long time ago and we’re now at that point where we need to have that full set of regulations so that we can plan and prepare out businesses for that season.

"I’m sure there are going to be some further negotiations after that point. For a team in our position clearly when it comes to the technical regulations we wouldn’t want too much movement after that.

"People are going to start working on those, people are already working, and we don’t need to be wasting resources with a huge change subsequent to the issuance of the first draft.

"I don’t think there’s much choice. We have to get those regulations out and so I believe it should be done and I’m sure it can be done."

Abiteboul believes teams will kickstart their 2021 designs on the basis of a comprehensive technical draft presented at next months FIA World Motor Sport Council.

"There is no reason why something cannot be presented at the World Motor Sport Council that will be advanced enough to give useful guidelines for the remainder of the year," he said.

"So that we have a complete set of guidelines for the end of the year."

Racing Point woes in Monaco linked to tyres, but a fix is in