Ferrari sustained its position at the head of the field in the final Canadian GP practice session, with Sebastian Vettel edging team mate Charles Leclerc by 0.139s.

Mercedes Lewis Hamilton and Valtteri Bottas clocked in third and fourth, with the Brit playing catch-up on his set-up work following his Friday mishap.

Air temperature was 22°C and track temps were up to 35°C when the green light was given for the third and final practice session of the weekend.

At Mercedes, Lewis Hamilton was in catch-up mode after missing some valuable track time yesterday following his crash in FP2. Yet the Brit appeared in no hurry to get himself in gear.

Williams' Robert Kubica was the sole runner to complete a string fo full laps in the first 10 minutes of the session, his colleagues merely undertaking installation rounds.

Gradually however, traffic increased with Haas' Kevin Magnussen, Red Bull's Pierre Gasly and Alfa's Kimi Raikkonen punching in the first real times, before a duo of Ferrari's popped to the front with Vettel leading Leclerc. 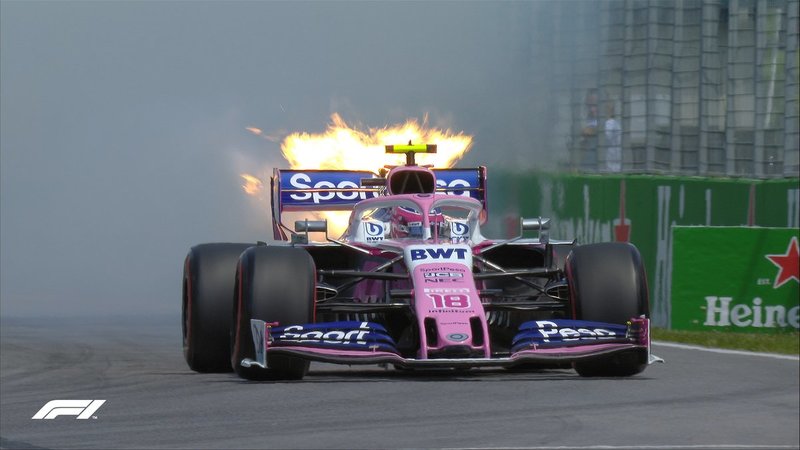 Twenty-five minutes in, Hamilton emerged from the Silver Arrows garage to resume his running, just as local hero Lance Stroll was pushed into the Racing Point box, his RP19 the victim of an apparent severe engine issue that put a halt to his session. Evidently a cause for concern at Mercedes as this was one of the manufacturer's new-spec units.

Vettel - shod with the soft tyre - started pushing and laid down a 1m11.557 that was less than a tenth faster than Leclerc and five tenths quicker than Hamilton.

Behind the six cars representing F1's usual front-running suspects, Sergio Perez positioned himself as 'best of the rest' in P7, the Mexican confirming his team's upbeat form in Montreal.

With a little under 20 minutes to go, Bottas demoted Vettel at the top of the timesheet by shaving a 0.026s off the German's time. But that time was immediately beaten by both Ferraris, with Leclerc breaking the 1m11s barrier and outpacing his team mate by almost half a second. 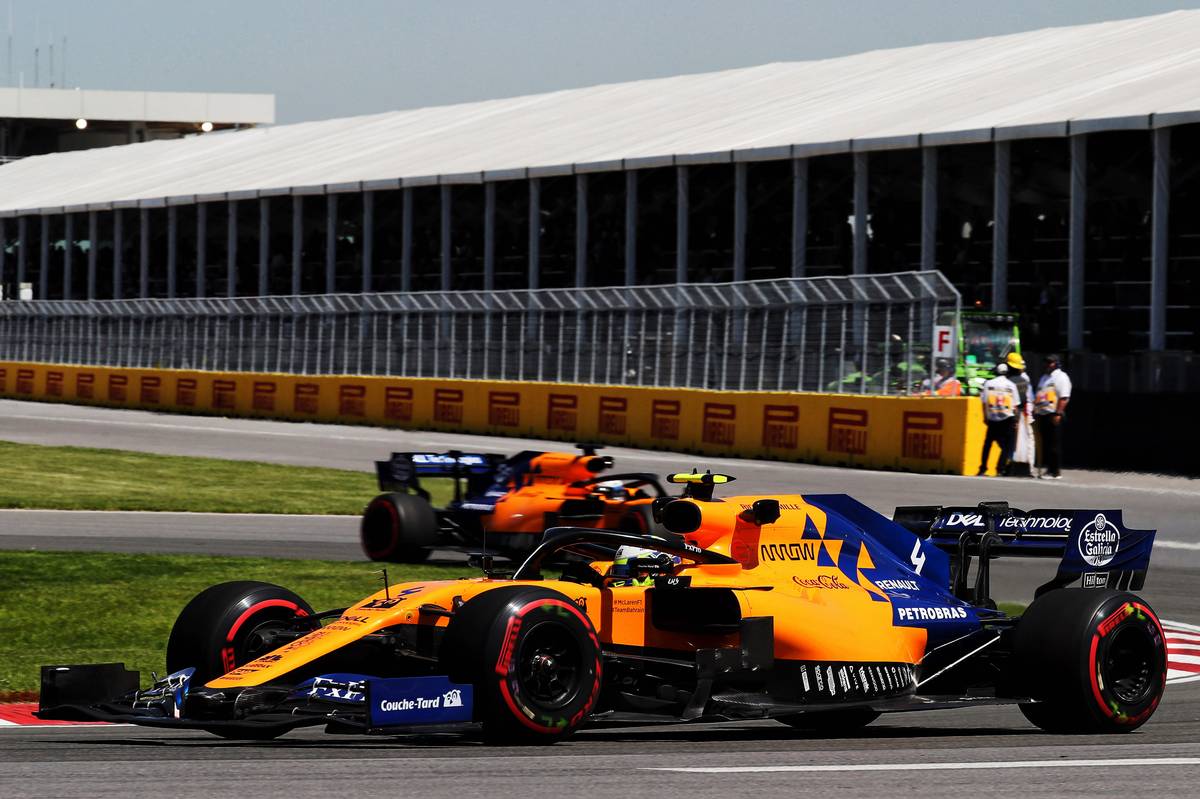 Behind, Lando Norris put in an impressive effort to slot in at P5, but the McLaren was eventually pushed down the order by Gasly and Renault's Daniel Ricciardo.

At the front, the intra-team battle at Ferrari heated up, with Vettel taking over from Leclerc with a 1m10.846.

The pair remained in that order when the checkered flag came out, instilling a sense of hope in the Scuderia camp for this afternoon's crucial qualifying.

Stroll spec-2 engine failure cause for concern at Mercedes