Lewis Hamilton believes he managed to find the 'sweet spot' in his driving style last year, and has succeeded in maintaining that consistency into his 2019 title campaign.

“Last year I hit that sweet spot at some point during the season, and started being really, really consistent,” Hamilton told Autosport magazine.

"The races have been really strong, as last year, and I’ve not really dropped the ball," he added. "In that sense, I’ve not dropped off.

He added that while he was always aiming to do the best possible, he was also determined to "extract above and beyond."

"Even weekends where we’ve not had the car to really win, I’ve been able to put it right there with the frontrunners."

Hamilton explained that it was a mix of things that enabled him to perform at such a consistently high level, with the right balance of off-track lifestyle as important to his success as health and training.

“I’m happy where I am in life," he said. "I have my health, and the people around me. That’s all down to lifestyle, and life choices.

"I’ve managed to get myself in a really good place, and really delivering minimum faults, mistakes on race weekend and races."

In fact the Canadian Grand Prix was a rare example of a mistake by the five-time world champion when he tapped the wall during Friday's practice session.

That caused him to miss most of one session, and contributed to a hydraulic leak that plagued the team on Saturday and Sunday.

“A small hiccup on Friday," Hamilton admitted. "But I was able to pull it back on Saturday, and then throughout the weekend."

Even so, Hamilton wasn't able to claim pole position for the race, and was still second at the line behind Sebastian Vettel when the race ended. However the Ferrari driver was subsequently demoted by a five second penalty. 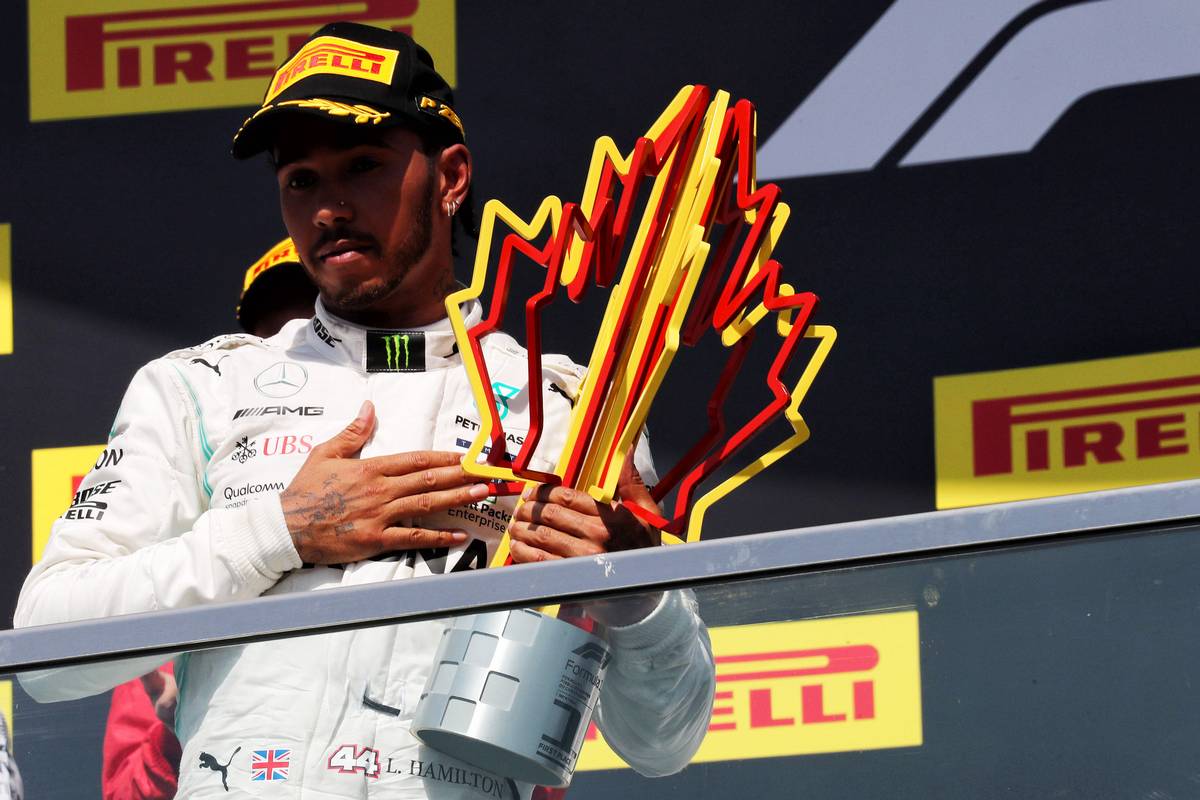 It made for a stormy time during the post-race podium celebrations, with passionate Ferrari fans venting their displeasure by booing Hamilton.

"I felt a little bit odd, being booed," he admitted after the race. "But it's not like the first time I've been booed. I'm used to it, and I forgive.

"I think what I've really learned is to enjoy [and] not to take notice of what people think of you.

"Everyone is going to have an opinion, and then just as long as you like yourself, know you've got great people around you who do love you, like your family most importantly. then all you've got to do is just enjoy what you do and do the best you can, because our days are limited, as I always say

"I try to make sure I can go to bed at night and know that I gave everything and that I’ll come back stronger at the next race and hope not to make mistakes on the Friday, for example.

"If you can be an all-round driver, you work well outside of the car," he summed up. "[If you can] pull these things out that others are perhaps not always able to pull together, it makes your value go up."

Binotto fears 2019 title might already be out of reach

Vandoorne eager to return to Le Mans after podium finish