Lewis Hamilton took his fifth victory in the 2019 Formula 1 world championship - but it was arguably the most controversial of all his 78 career wins.

That's because the Mercedes crossed the line in second place behind Sebastian Vettel, only for a five second penalty handed out to the Ferrari driver reversing their positions in their final classification.

While a boost for Hamilton's bid for a sixth world championship, the Briton seemed unhappy by the way that the victory had been accomplished.

“Naturally, absolutely it’s not the way I wanted to win," he insisted.

But he was also convinced that the stewards had made the right decision about the incident in which Vettel overran the chicane at turn 3 and then made an unsafe return to the track. Hamilton was forced to react to avoid a collision that could have ended the race for both men.

"I forced him into an error, he went wide, I had the run on that corner and we nearly collided. It’s unfortunate, but this is motor racing.

"I took the corner normally. When you come back on the track you’re not supposed to go onto the racing line," he added. Although faster than Vettel at that point of the race, Hamilton didn't get another opportunity to attack Vettel for the lead after that incident.

"I was as close as I was ever going to be. I got that block and then the gap opened up. It’s very hard to follow here," he said. "Towards the end I was struggling with brake temperatures.

"We were all struggling with brake temps towards the end," he commented. "It was so hot here, the Canadian weather is hardcore and hard on the brakes. 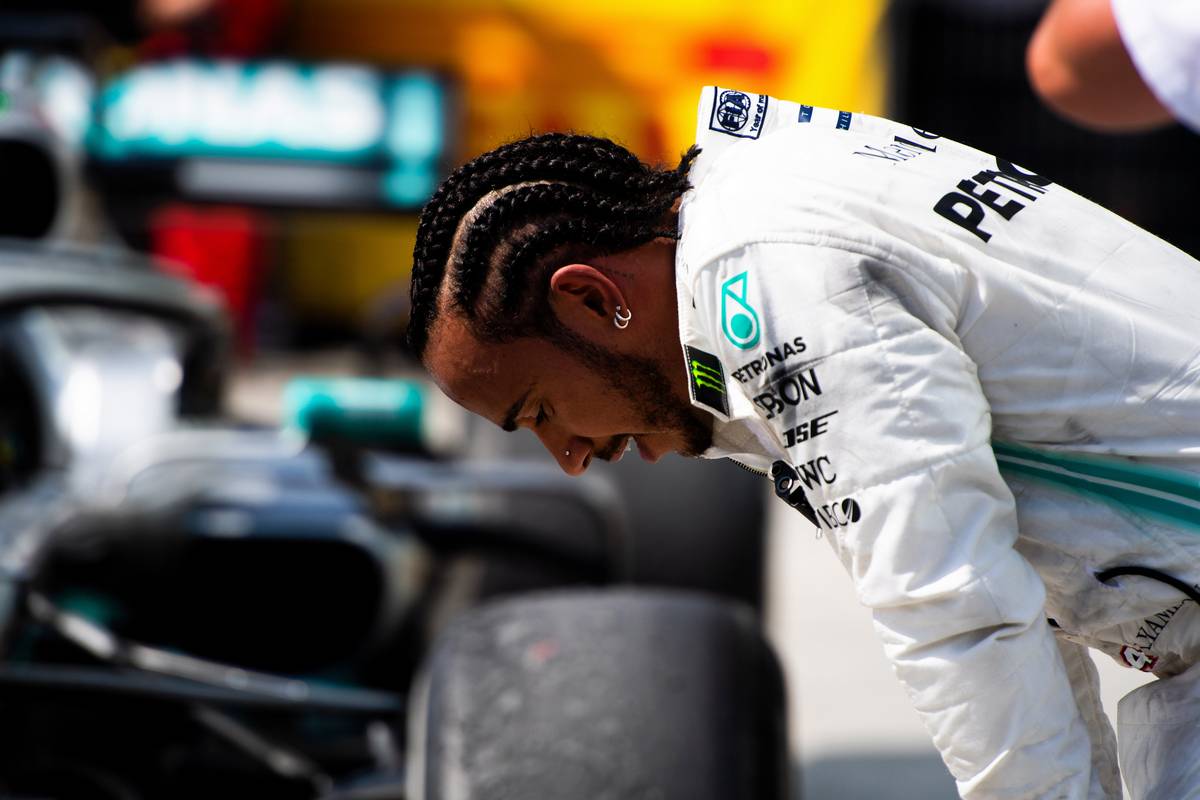 Hamilton had already alerted the team to what had happened at the chicane, and the stewards subsequently stepped in and slapped a five second penalty on Vettel which ended up deciding the final result.

"All I can say is, I didn't make the decision personally," Hamilton pointed out on the podium as the fans expressed their displeasure at the outcome. "I don’t know what they are booing at. Maybe it’s the decision?"

Despite the circumstances, Hamilton was pleased to claim victory given that it had looked like Ferrari had the clear straight line speed advantage at the Circuit Gilles-Villeneuve with Vettel taking pole for the first time this season.

"Ferrari were quick this weekend, nonetheless it’s good points for the team," he said.

He was especially grateful given that it had been a problematic weekend for the team. Hamilton damaged his car on Friday forcing a major rebuild overnight. And on Sunday the Mercedes engineers had to strip down the W10 again in search of a hydraulic leak.

"I want to say a big thank you to my team, it’s been a big effort for everyone with my crash on Friday to get the car sorted," he said. "If they hadn’t been so diligent, I wouldn’t have been able to race today as I have."

Binotto: 'There was nothing Sebastian could have done'