Toyota's supremacy in the endurance classic was never in doubt in the action-packed event marked by multiple safety car periods.

Toyota's #7 car steered by Kamui Kobayashi, Mike Conway and Jose Maria Lopez was firmly in control when the morning dawned in the Sarthe, followed a minute behind by the #8 TS050 Hybrid contender.

Positions were expected to remain set in stone in the Japanese camp but drama unfolded as the race entered its final hour when an apparent front right puncture slowed Lopez on the Mulsanne straight, forcing the Argentine to hand the lead to Nakajima as he nursed his car back to the pits.

Lopez was sent back out only for a second puncture to be registered on Toyota's telemetry, this time located on the rear right!

In reality, a faulty sensor had led the Toyota team to replace the wrong tyre during the #7 car's first stop.

The consequences of that mishap robbed the car and its deserving crew of a sure win and handed a second consecutive victory at Le Mans and the world title to the Buemi-Nakajima-Alonso line-up. 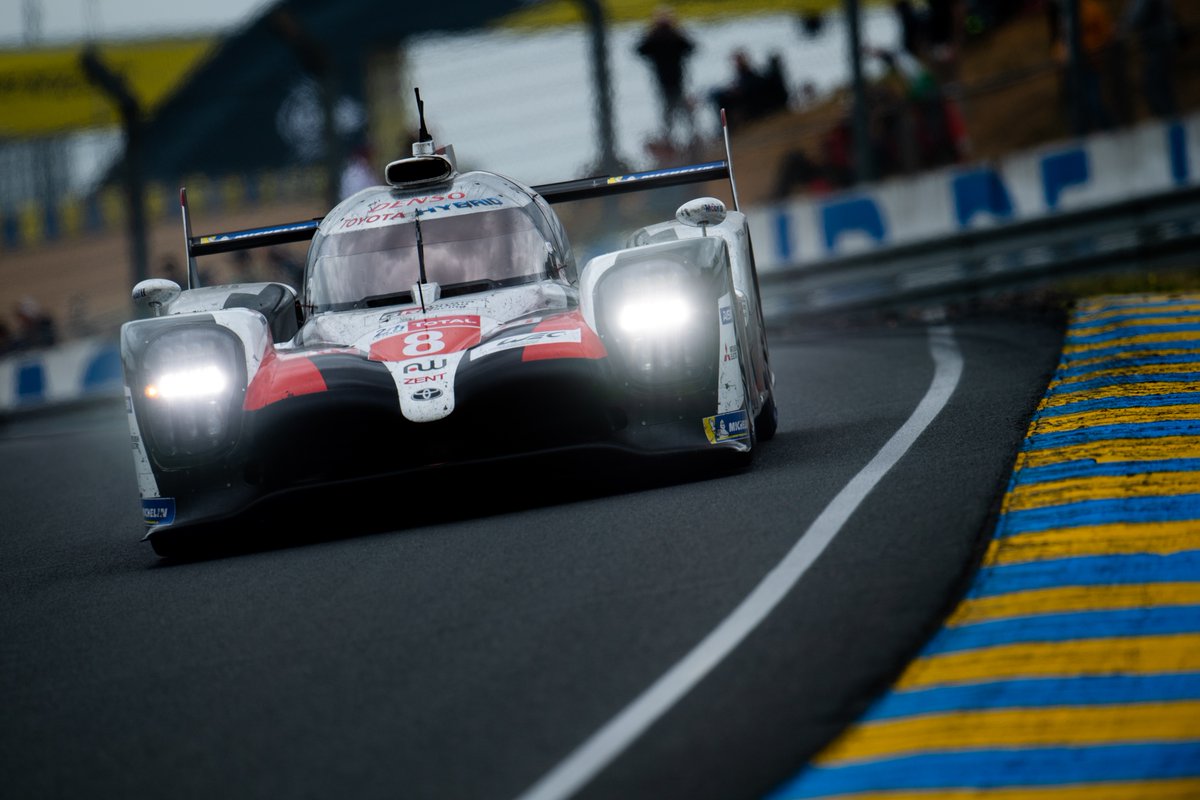 Ferrari scored its first GTE Pro class victory since 2014 thanks to the efforts of AF Corse's James Calado, Alessandro Pier Guidi and Daniel Serra in the #51 AF Corse 488 GTE, while Keating Motorsports' privateer Ford GT, driven by Ben Keating, Jeroen Bleekemolen and Felipe Fraga prevailed in the GTE Am class.