Lewis Hamilton clinched his sixth victory in eight races in 2019 and made it look easy, with a stumping 18s margin in hand over his Mercedes team mate Valtteri Bottas the rest of the field.

But while he led from lights to flag, Hamilton insisted that his 200th points finish in Formula 1 hadn't been quite as straightforward as it might have looked from outside the cockpit.

“It wasn't easy at all,” he said afterwards. "Honestly, there's always things happening, everything's always on the edge.

"Clearly I'm sweating!" he pointed out. “It's a beautiful day here in the south of France, but I'm sweating a huge amount out there. It's so warm still in the car.

"These cars, as you know, everything is running to a temperature - reliability is everything," he explained. "Save the engine where I can, save fuel where I can, looking after the tyres.

"I had two big blisters on the tyres, so I was a little bit worried," he continued, pointing out what happened to Lance Stroll in last year's race. "Lance had a tyre blow out, so I was a bit worried about that.”

But Hamilton could have no complaints with how the race did eventually turn out, or with his huge margin of victory at the Circuit Paul Ricard.

"It's definitely been a really good weekend," he agreed. "I've been racing a long, long time, but it just never gets old.

"But I was pushing generally the whole way," he said. "Apart from obviously trying to save the tyres - the tyres were actually a bit more limiting today. We didn't think the mediums would go as long as they did, and then the hards were actually not as good as the mediums, which is rare for us.

"Then I had the blisters at the end and the car characteristics shifted a little bit and I was a little bit worried - I didn't want to push too much and have the tyre pop. 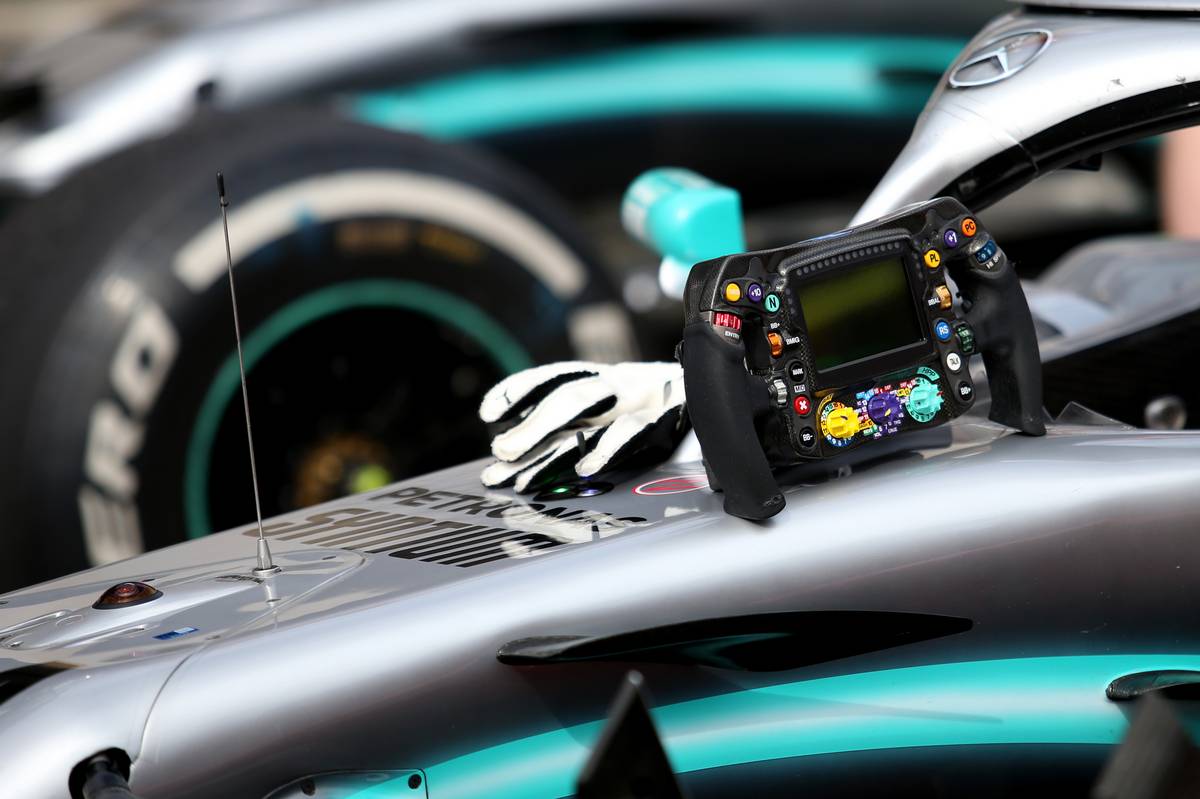 "But then the last lap I decided to go for it," he said, referring to his last minute bid for the fastest lap bonus point which ultimately went to Ferrari's Sebastian Vettel.

"I didn't know what I could get out of the tyres and obviously I did get a good lap, but I should have planned it more. I only planned it when I came out of the last corner so I definitely lost a tenth or so.

“It's always such a challenge out there," he continued. "I just love trying to find the edge and just bridging that gap and really being on top of this machine."

He added that he'd enjoyed returning to the Circuit Paul Ricard for this weekend's race. “It's actually an awesome track to drive within the race and there's some real technical areas where you can gain an advantage on others."

And Hamilton was quick to share the credit for the superior performance of the Silver Arrows at Le Castellet.

"I couldn't do it without this incredible team," he said. "This group of guys here, and all the guys back at the factory. We're creating history together. I'm so proud of everyone and to be a part of this team. Valtteri did a great job this weekend as well."

Despite a 36 point lead over Bottas in the championship, it's still too early to be thinking about the 2019 titles. But Hamilton admitted that it had been a dream opening to the season for Mercedes so far.

"This has been the best start to the year, so we've got to enjoy it!"

Ricciardo, Norris and Raikkonen summoned to the stewards