Romain Grosjean's home race was a shot in the dark for the Haas driver who lamented his car's lack of pace and sounded the alarm at the US outfit.

From a lowly P16 on the grid, Grosjean dropped two spots on the opening lap before working his way up to 13th from where he pitted on lap 20.

The Frenchman was never a contender for a spot among the top-ten and was strategically called in to retire his car eight laps from the checkered flag to allow the team to change a few parts ahead of next week's Austrian Grand Prix.

Grosjean claimed to have little to complain about regarding his own performance but expressed plenty of worries about the Haas VF-19's lack of pace.

"I'm happy with my race, I gave it the maximum and raced as fast as I could," he told French broadcaster Canal +.

"I was in front of my teammate when I stopped so that wasn't too bad.

"The car is just slow, and we really need to ask the real questions for the next race in Austria because here it was warm, the tyre temperatures were right, they were in the right window, but we don't have any pace.

"The car is good, has a good feeling, but the performance just isn't there. We need to question what we've done, reconsider our recent updates and compare everything with last year." 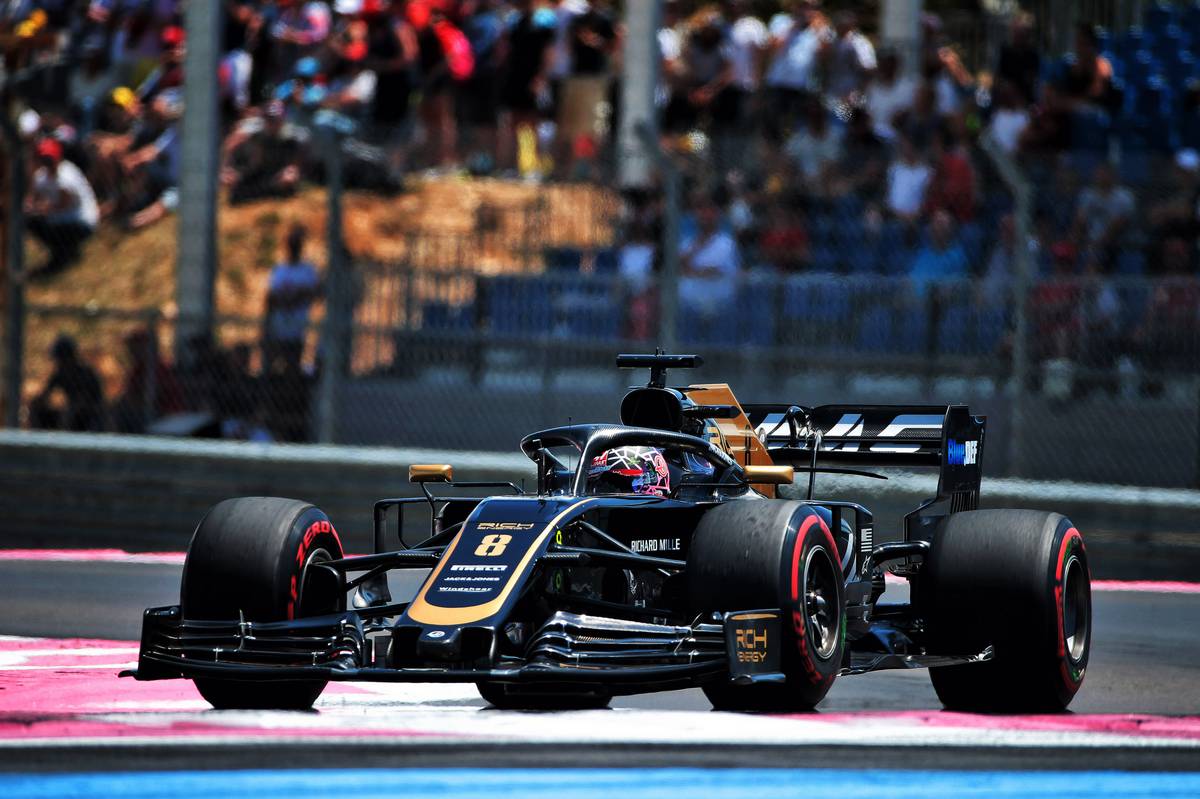 As far as Grosjean is concerned, with just days to spare before the start of the Austrian Grand Prix weekend, time is the essence. The Frenchman is raising the alarm.

"It's a red alert, or what you want to call it! We need to find what's wrong and we will find it.

"it's tough, I didn't want to retire at my home race, but saving the engine and a few parts was the right thing to do before Austria."

Haas team boss Guenther Steiner was equally unimpressed with his team's performance in France, calling it "the worst weekend" ever for the US outfit.

"In the four-year history, I think this was our worst weekend all in all," Steiner told Motorsport.com.

"The race, we still struggled. I don't know, what is bizarre for me, a car which was good enough to qualify seventh and eighth at the first race and then sixth in Monte Carlo, all of a sudden we are second-last.

"Don't ask me what it is, I don't know. So don't even ask me please, because I couldn't answer it.

"We need to find out. It's very disappointing to be honest, because ending up in this situation and not having an understanding of that, that is the worst [thing] of all."

Sainz admits run to P6 was 'easiest in my career'