Williams' George Russell says he enjoyed a good inner-team battle with Robert Kubica in Sunday's French Grand Prix, the highlight of which was a bold move on the Pole on the outside of the ultra-fast Signes corner.

Kubica had the upper hand over the Brit in the early part of the race, but a first attempt by the combative Russell to pass his teammate on the outside at Signes results in the rookie running wide and hitting a market board.

Russell regrouped however and tried the same move again on lap 18, this time with a successful outcome and a thrill that he later described as "quite a hairy move but the highlight of my race".

"I told the team at the start I felt that I was quicker than him but didn't expect anything to change, I wanted to do it fairly and properly on track.

"The first attempt I went wide and damaged the front wing, second attempt I made it stick."

Kubica conceded that he didn't want to force the issue with Russell when the pair went wheel-to-wheel.

"You know you don't want to take too much risk fighting with your teammate for 18th and 19th, or 19th and 20th," said the Polish driver. 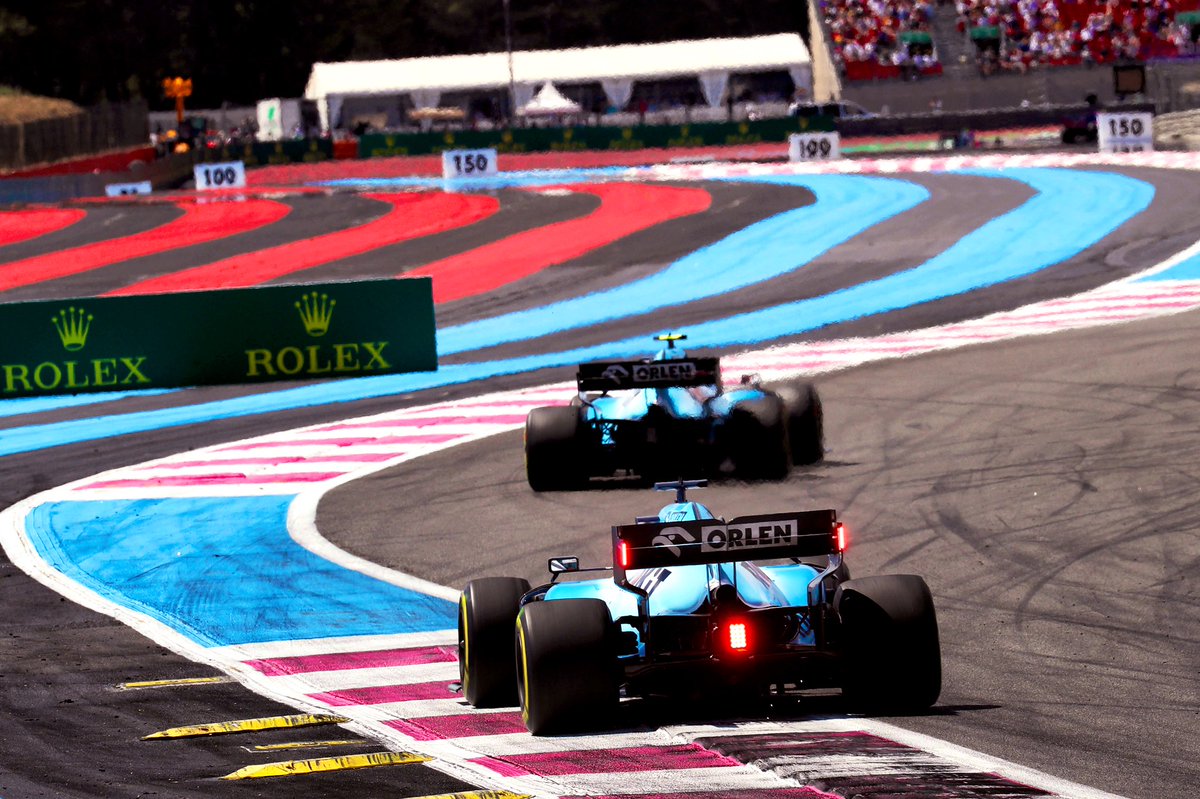 "From my side, I felt no difference [with the damaged front wing] but the team was seeing some issues," Russell explained.

"I think maybe there was a small crack when I hit the polystyrene board.

"If we were fighting for points, we probably would have stayed out there and risk it. But there was no need."

Sainz admits run to P6 was 'easiest in my career'

Wolff: Change of style needed for Bottas to challenge Hamilton