Toro Rosso driver Alexander Albon insists that he's not worrying about whether he'll retain his seat with the team in 2020.

With the current season approaching the mid-way point, rumours about which drivers will be where next year is beginning to heat up. Inevitably one of the talked-about people is the 23-year-old London-born Thai driver.

But Albon insists that he's not feeling under any extra pressure to show that he deserves his place in the cockpit for a sophomore season.

“Not really, I still just focus on myself," he told the media last week when asked if he feared for his seat. "I know what you mean, but there’s no looking over the shoulder or anything like that."

Albon stepped up to F1 from Formula 2 over the winter. He was a late choice for the team and had been expecting to spend the year racing in Formula E before getting the call to head to Faenza instead.

Currently 15th in the points, he's finished inside the top ten in three out of the ten races that he's participated in and admits he's still on a steep learning curve.

“I’m still very much a rookie," he said. "I’m still learning a lot.

"I’m happy with the season so far, but the focus really is about getting back in the points," he acknowledged

"Every weekend is just about trying to improve as a driver, improve the feedback and my knowledge of the car," he explained. "I think in the beginning it was learning big chunks at a time and now it’s more fine tuning."

Albon admitted that it had taken him a while to adjust to the way that F1 cars worked compared with his previous racing experience.

“These cars have so much downforce," he said. "When you break grip in F1, you lose a lot of time. Especially with the rear tyres, when you lose the grip, you lose so much laptime.

"I love quite a bit of front end grip, so getting that balance right is very important. 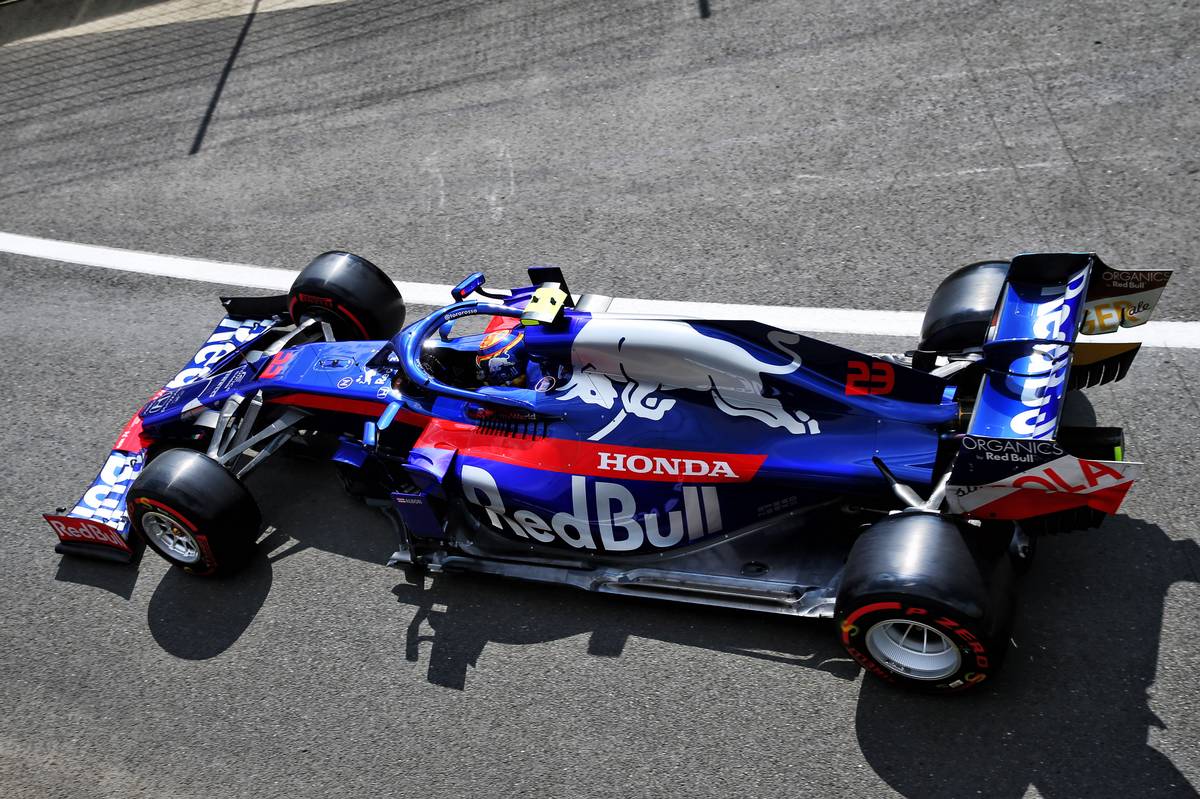 “I was kind of in no man's land where you are not sure what you want to be doing with the car and what suits the car. Now, it’s more about being a bit more independent with my choices.

"Stability isn’t really what I like in a car. I don’t mind a car moving around but that isn’t always the quickest way around," he said, adding that the challenge was "understanding that and how much to get away with."

“I now know what I want in the car and what the car needs to be fast, it’s just little things about tyre management and tyre prep," he added. "But still the big thing is just understanding the tricks with the car.

“I’m happy with the performance, and I just want to keep on top of it. I feel comfortable with the car, learning about it and applying it to the next race."

Albon added that it helped he was feeling more at home in the F1 paddock as the season went on after his sudden promotion to the top tier of motorsport over the winer.

"I was a bit edgy at the start, but there’s a lot more calmness about everything now. I’m in the rhythm now, and there’s less stress about qualifying well. The whole atmosphere feels a lot more relaxed as I’ve settled into it.

"My engineer and me and my team, they’re doing a great job. And I’m really happy with it."

Aston Martin 'ready' to step in if Honda quits