As Hockenheim sweltered on Thursday, Lewis Hamilton feared the high temperatures could revive the cooling issues that defeated Mercedes in Austria last month.

While the heatwave across Western Europe should stick around on Friday, forecasts in Germany are calling for cooler temperatures during the weekend and the risk of rain, a prospect Hamilton welcomes.

"It's definitely a good thing if it rains," said Hamilton who addressed Mercedes' potential cooling issues.

"There's not really much we can do because it's a much bigger design issue we have when it gets hot, so it's not so easy to change it.

"We are working towards changing it, but it's very small steps, small increments which they're not making a massive difference.

"Hopefully this weekend should be okay in that sense, and if it stays hot we're going to struggle and be in trouble.

"If the next race is this hot, we're going to struggle and be in trouble, on the edge like Austria. But fingers crossed it doesn't come to that." 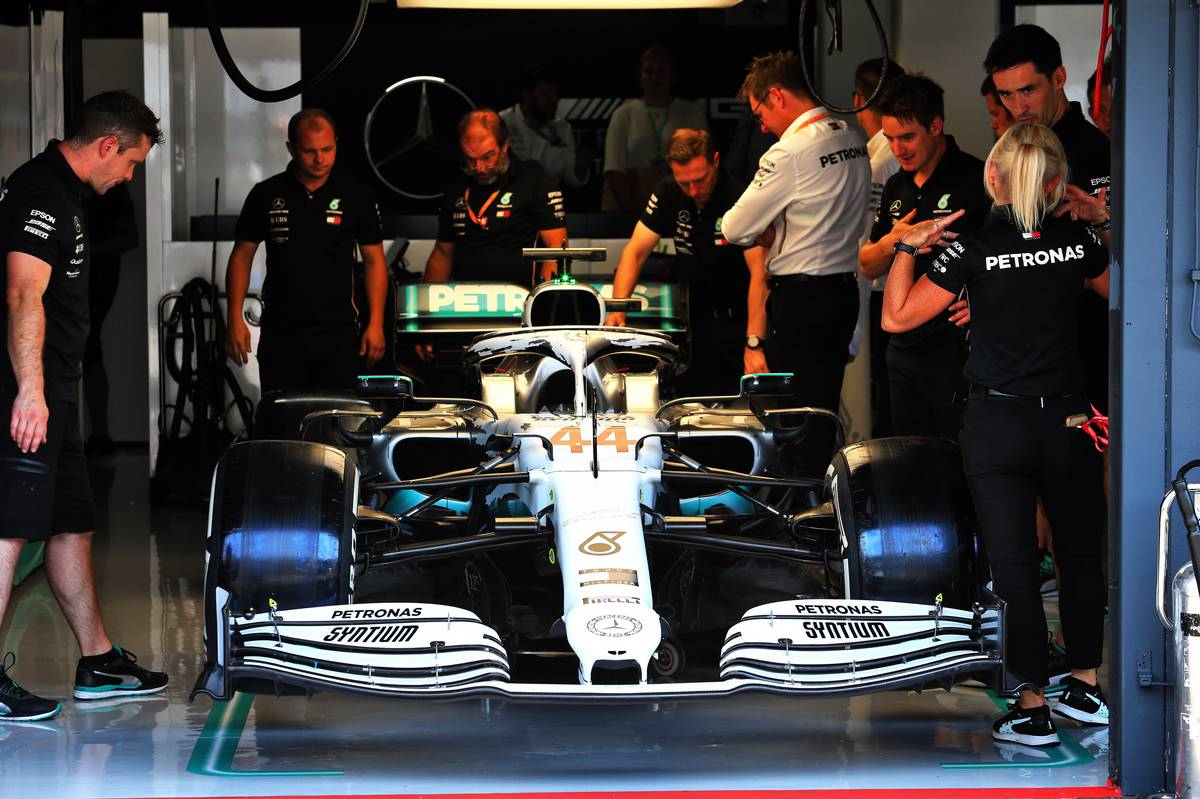 Valtteri Bottas believes Mercedes won't be the only team to struggle at Hockenheim if high temperatures prevail.

However, the Finn says the modifications implemented by Mercedes on its cooling system for this weekend should "make life easier" for the Silver arrows squad."

"After Austria it was quite a strong reaction from the team, clearly a big weakness in our package," Bottas said.

"We basically introduced a new upgrade for the cooling systems, so they should be more efficient, and should give hopefully quite a few degrees of margin.

"I’m not sure anyone expected to be racing in 40C! Maybe less on Sunday, but at least [Friday]. We’ll see how it goes."