Alex Albon completed his first wet F1 race an impressive and career best sixth, but the Toro Rosso driver admitted that when it came to timing his pit stops in Sunday's chaotic German GP, his inexperience left him lost at sea.

After switching from wet tyres to intermediates after just handful of laps, like the majority of the field, Albon progressively found his footing in the semi-dry conditions, moving swiftly into the top-ten and all the way up in to fourth by the time the race had reached its halfway point.

Just outside the top-3 was where the remarkable Toro Rosso appeared to remain until a Safety Car intervention prompted Racing Point's Lance Stroll and teammate Daniil Kvyat to make an early and well-timed switch to the dry tyre.

Albon could not hold his two midfield rivals behind after the restart but the 23-year-old also believes he lost time while sparring with Lewis Hamilton during the commotion.

"I’m really happy with myself, I’m happy with the team," he enthused. "I think the team did an unbelievable job. Every strategy call we did was the right one on both cars.

"We were running in the top five and I thought this really is our pace. We weren’t losing out to the guys in front and the guys behind were dropping back so I was really, really happy with how it was going. And I thought three-quarters through the race as long as we just finish where we are we’re sorted.

"Unfortunately, there was a restart. I got caught with Lewis, the last person I expected!

"I didn’t want to overtake him but I was kind of forced in a position that I had to try it. And we lost a bit of ground and of course the guys on the slick tyres undercut us quite severely.

"But to be honest it’s a weird feeling. It’s a slightly disappointing sixth position." 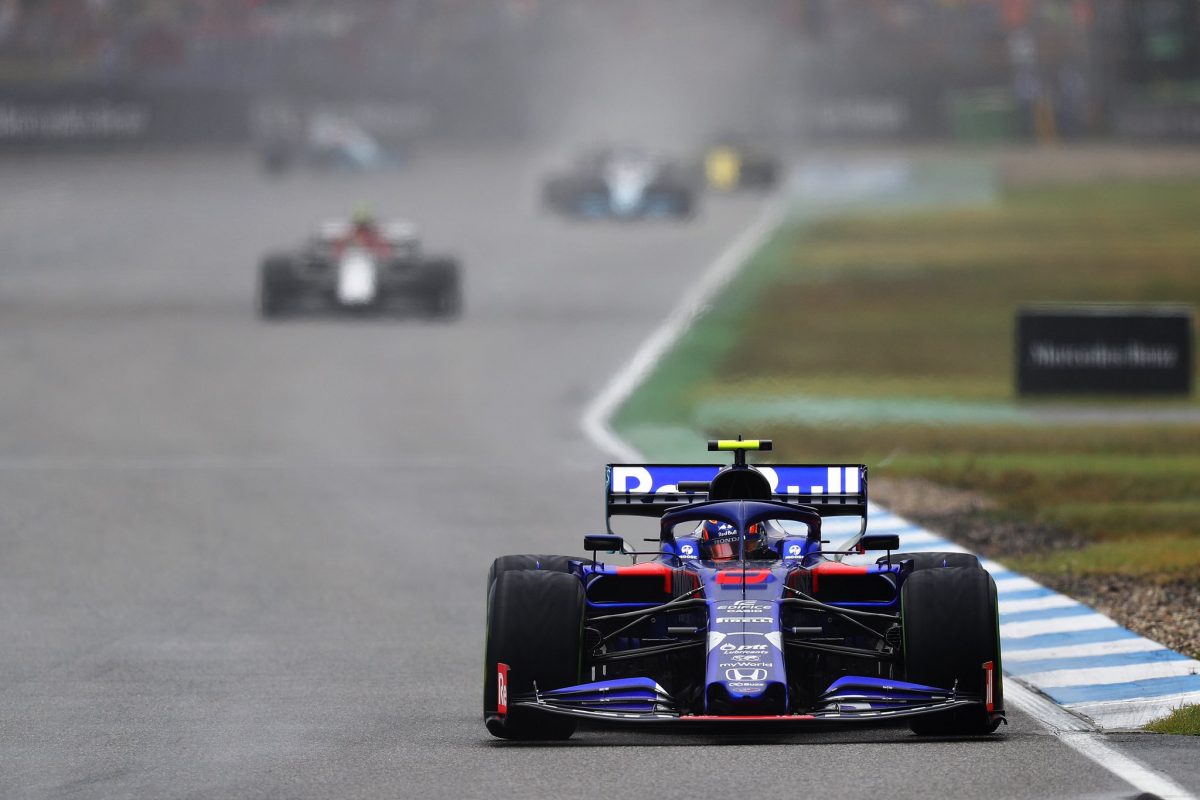 Albon admitted that his complete lack of experience of racing an F1 car in the rain left him unable to answer his team's crucial tyre questions when changes were planned.

"I’ve had zero experience in the rain, never mind changing conditions," he said.

"The team were like ‘when do you want to pit, is it time for dries?’ And I was like ‘I have no idea, you guys are going to have to help me out’.

"I said ‘just tell me everything’. I had no clue when to pit but the guys did an amazing job."

Hulkenberg: Home race crash a 'tough one to take'