Renault's Nico Hulkenberg says that crashing out of the German Grand Prix and squandering a chance of a podium finish - the first in his 167-race career - was "a tough one to take".

A flawless performance coupled with timely pit stops by his team had put Hulkenberg in contention for a spot on the podium in his home race.

But with 25 laps to go, the German went off at Hockenheim's treacherous Turn 16, a spot which also caught out Charles Leclerc, Carlos Sainz and Lewis Hamilton during Sunday's chaotic race. But that was no consolation for the Hulk.

"It’s a tough one to take," admitted the Renault driver when all was said and done.

"I’m upset for myself, the team and for Renault because they deserved an excellent result today.

"It’s one of those days where you have to make it stick, and I’m just gutted with how it ended especially in front of the home crowd.

"It was a fantastic effort, fantastic race up until that point, for the team, for myself.

“I lost the car for one moment in the wrong corner, in Turn 16. The tarmac next to the normal track is not the normal asphalt, it’s some sort of ice-skating track.

"Once I was there, I couldn’t control the car. You saw the result, I slid into the wall." 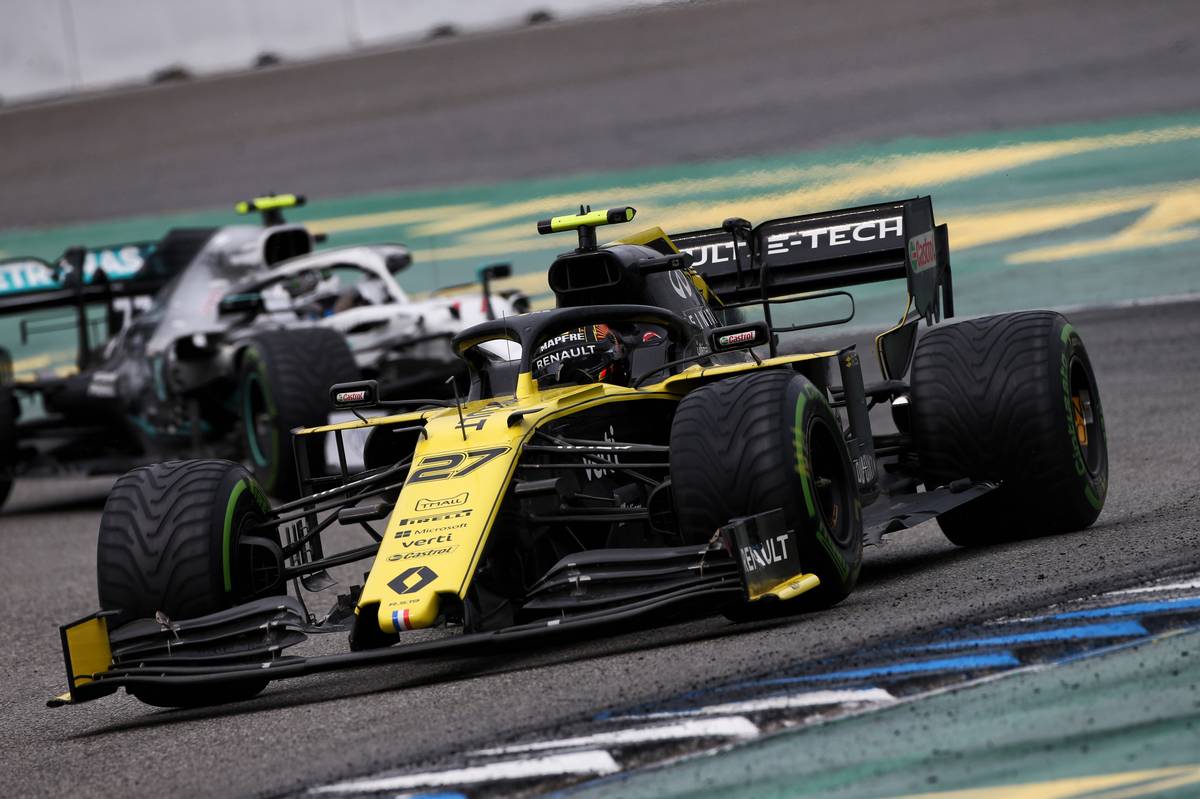 Indeed, Hulkenberg was powerless as his R.S.19 understeered into the 'Mercedes 125 years of motorsport' advertising hoarding.

But the German joined Ferrari's Leclerc in criticizing the tarmac laid down on the run-off area which doubles as part of Hockenheim's drag strip.

"I think it will be a discussion point because usually we are safety concerned, but that’s not even about safety, that’s just silly, to have a completely different tarmac," he said.

"That’s the dragster racing strip there from Hockenheim. In the dry, it’s fine, it’s the usual grip but in the wet, it was insane.

"Yes, I shouldn’t lose the car, but any other track you go off and you go back on and nothing happens."

Amazing rain rookie Albon had no clue when to change tyres!