Daniil Kvyat isn't about to forget his German Grand Prix weekend that was marked by a chaotic race and his third career podium in F1, all achieved the day after becoming a father for the first time.

From 14th on the grid, Kvyat struggled to hold his own before switching to intermediate tyres, mimicking the rest of the field.

The Toro Rosso driver stabilized his position outside of the top-ten but did not look like a likely contender for points, let alone a podium finish, amid more tyre swaps and the difficult conditions.

But an early swap back to the soft tyre coupled with a few incidents ahead allowed Kvyat to move up the order and eventually into an unexpected top-three finish.

The P3 result was the Russian driver's first visit to the podium since Shanghai in 2016, but it was only Toro Rosso's second ever top-3 finish, the first of which was Sebastian Vettel's memorable win at Monza back in 2008!

"It's amazing to be back on the podium, incredible for Toro Rosso after so many years," enthused Kvyat.

"The race was crazy and finally I managed to put everything together to get this podium. I'm really happy."

While he avoided the many pitfalls delivered by the conditions at Hockenheim, Kvyat admitted the race had produced more than its fair share of scary moments, the 25-year-old describing his afternoon with perhaps the best line of the year. 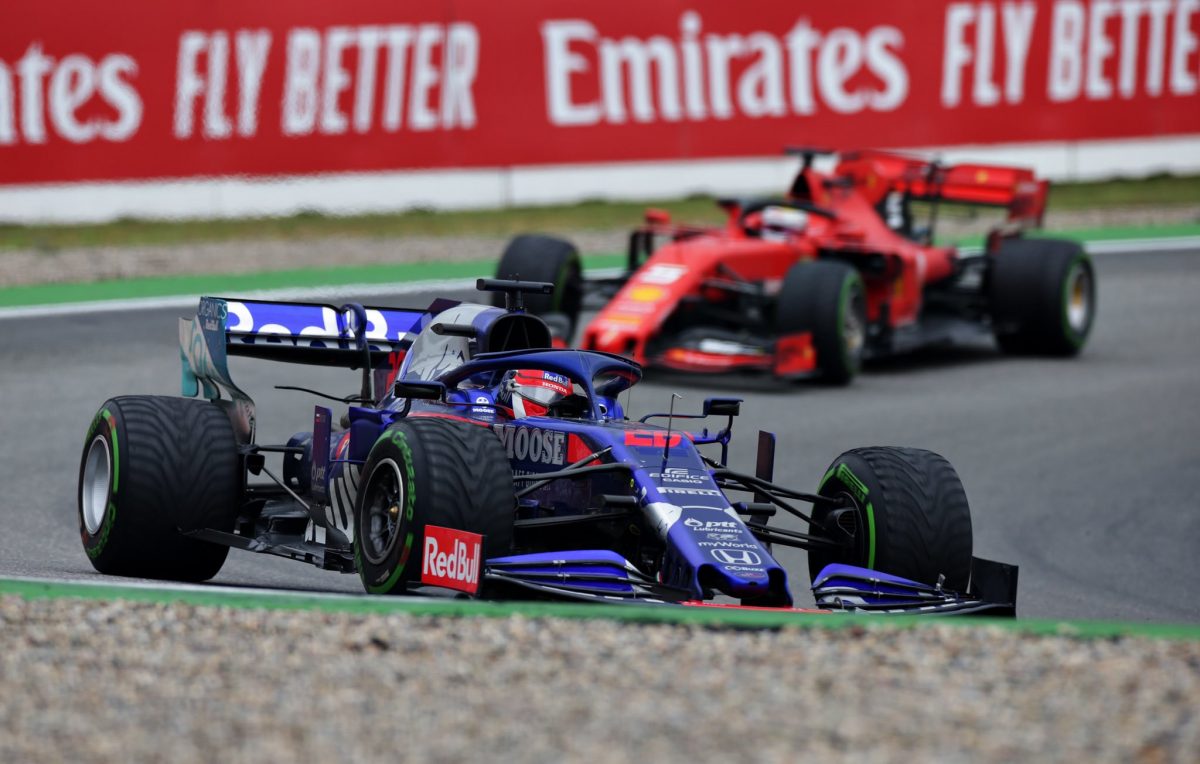 "It was a horror movie with a bit of black comedy," said Kvyat.

"So yeah, it was a tough one. I thought the race was done for me, but it came alive again. Incredible, it was a roller coaster."

Since his debut with Toro Rosso in 2014 to his promotion to Red Bull, his demotion back to the Faenza-based squad, his year on the sidelines and finally his return to action, its been quite a ride for Kvyat who insists he's returned to F1with a better head on his shoulders.

But on an emotional level, stepping on to the podium a day after girlfriend Kelly Piquet gave birth to their first child on Saturday evening, is a memory Kvyat will forever cherish. 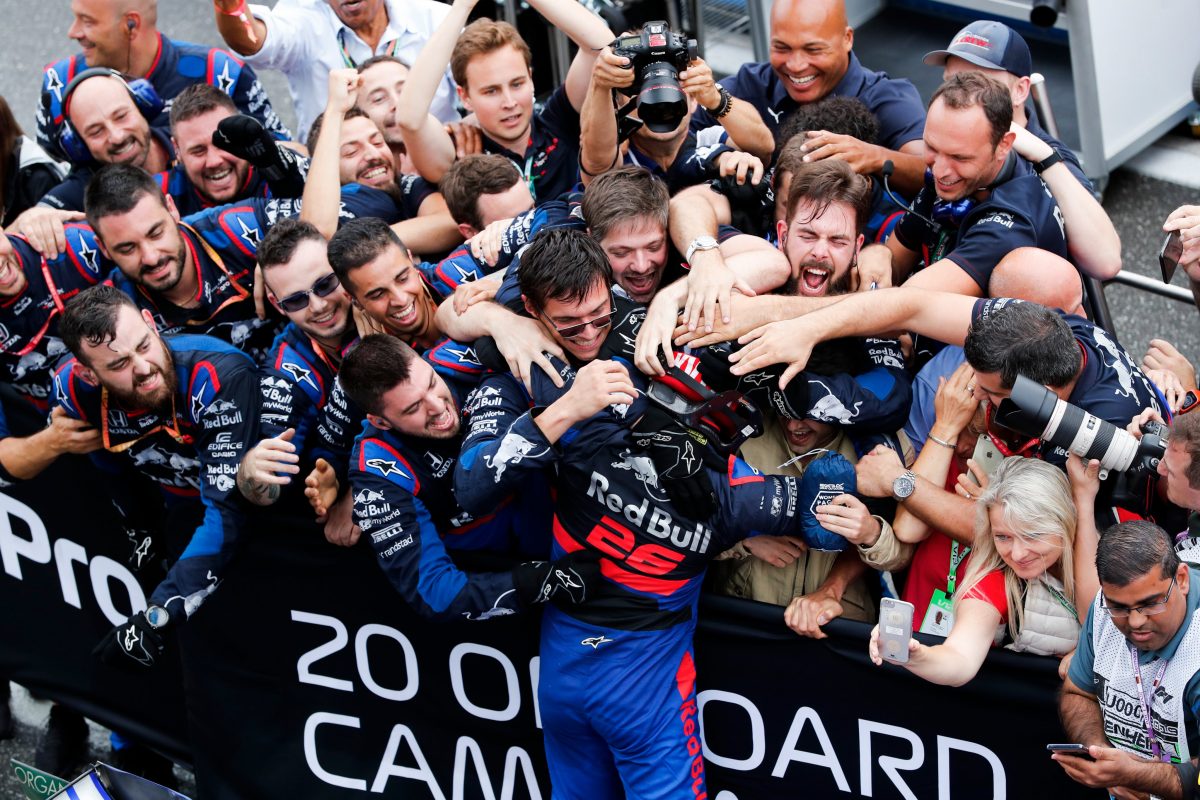 "It doesn't feel like any other podium to be honest," smiled daddy Kvyat.

"It was different this time. I was ready, I was more ready now than ever to fight for these kind of positions.

"This year I'm more mature, my head is cooler and I'm more ready to find on top and today I proved it to myself and to everyone around. I hope soon this will become a habit."

Asked whether his result in Germany could put him in line for... a second promotion to Red Bull, Kvyat admitted he was keeping that thought currently out of his mind.

"The championship is long and I just want to make sure that next year I get more chances like this on every weekend," he said.

Calm Verstappen 'stayed out of trouble' to take win