Williams George Russell believes he should have been more "forceful" with his team during Sunday's German Grand Prix when a crucial call by the rookie to change tyres was ignored.

Russell was sitting a lowly 13th, just ahead of Lance Stroll, during the penultimate Safety Car period when the Racing Point driver gambled on an early switch back to slick tyres.

The move paid off big time for the Canadian who swiftly moved up the order as most of the field made a later switch from inters to slicks.

Russell says he also requested an early tyre swap during the Safety Car period and feels Williams left a big result on the table by ignoring his call.

"I wanted to start on the inter but we started on wets, we stayed out on the wets under the first safety car when we should have pitted to the inter," bemoaned the Brit.

"Then at the end of the race I wanted to box to go to the slick. For some reason we stayed out but I understand the position the team were in, probably why we chose to do that, and you know everyone is struggling to keep on the black stuff.

"We're not in a position to throw something away like that. We were ahead of Lance when he pitted under the safety car and we didn't, and he ended up coming out in second!

"So it proves we made the wrong choice." 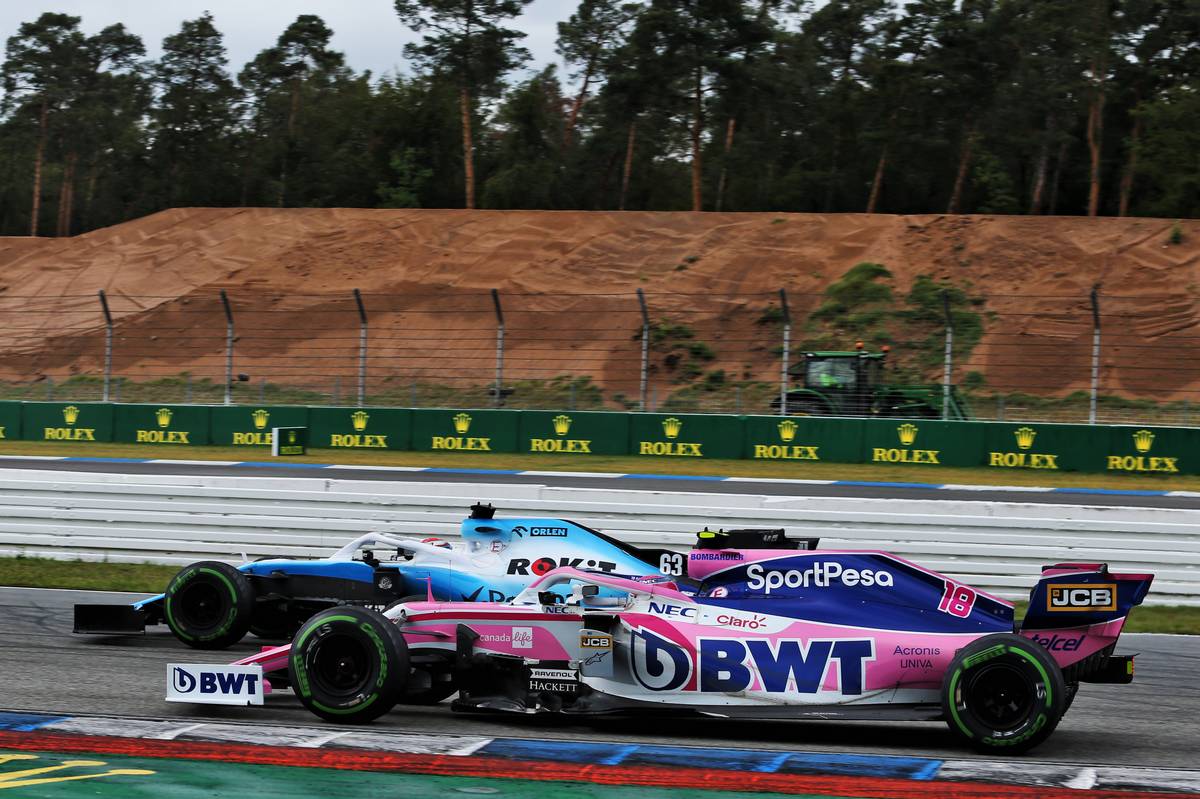 Russell concluded his German Grand Prix just outside the top-10 and one spot behind teammate Robert Kubica who delivered the first point of the season to Williams, helped in large part by a post-race 30-second time penalty handed to both Alfa Romeo drivers.

In hindsight, Russell reckons he should have been more "forceful" with his team over the radio regarding tyre choices.

"The car felt really poor in all conditions," he said. "The worst thing was we had the opportunity to go onto slicks under the last safety car when I was ahead of Lance.

"I wanted to pit, but I probably wasn't forceful enough to tell the team to pit for slicks. For some reason we decided to stay out and next thing, we're pitting one lap later and Lance is up to P2.

"So it could have been so much more."

Russell concluded his German Grand Prix just outside of the top-10 and one spot behind teammate Robert Kubica who delivered the first point of the season to Williams, helped in large part by a post-race 30-second time penalty handed to both Alfa Romeo drivers.

Scenes from the paddock: Hockenheim