George Russell came close to achieving a feat that no one thought would or could possibly happen in 2019 - a Williams coming close to making it through to Q2!

The British rookie was briefly in the top ten on the timing screens with his second flying lap run of 1:17.031s during the first round of qualifying in Hungary.

He was ultimately pushed back into the elimination zone and missed out on progressing by just 0.053s behind Haas' Romain Grosjean.

But he will still start tomorrow's race from 16th on the grid ahead of the Racing Point cars of Sergio Perez and Lance Stroll, Renault's Daniel Ricciardo, and his own team mate Robert Kubica.

"Unbelievable, almost lost for words," he told Sky Sports F1 after Q1. "Prior to this weekend I don't think we could have every dreamed of qualifying off the front row on merit.

"There's been so much work behind the scenes to make the aero better, to make the correlation better. It's been a long process, a long time.

"We brought the update to Germany but there were a number of another reasons why we weren't quick in Germany so I think this was the first true test."

Finishing ahead of some solid mid-field cars on Saturday was a dream come true for Russell who saw it as vindication for the hard work put in by Williams.

"I am ecstatic with qualifying," he continued. "We have really turned the page this weekend, with our update and understanding the tyres. The thing came alive then.

"It was a shame to miss out on Q2 but considering everything, we are over the moon.

"I felt comfortable inside the car, probably the happiest that I have been all year. It was a joy to drive and I’m really pleased with the lap.

"Regardless of tomorrow, we will enter the summer break on a positive note, knowing that we achieved this result on merit!

"It shows that everything the team has done over the year has almost been worth it. We've got much more to come for later in the year." 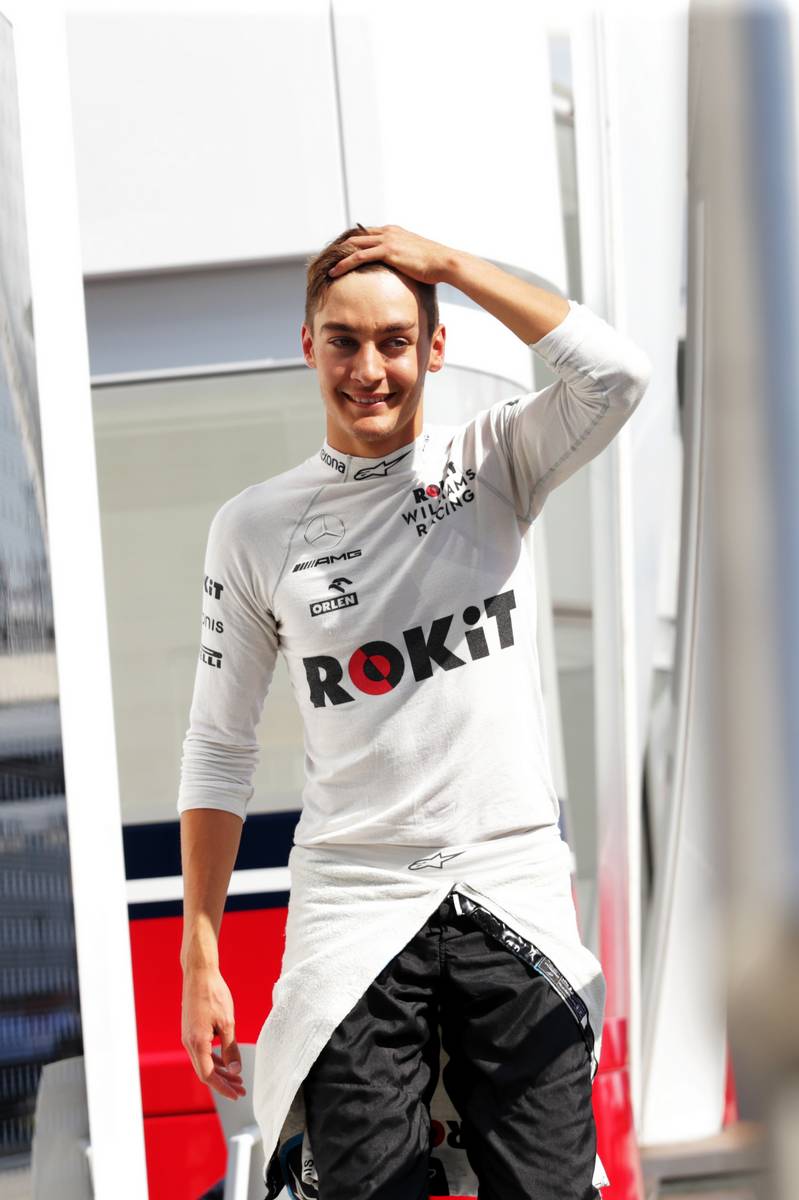 "A yellow flag hindered one of George’s runs, requiring him to lift in the last corner," commented the team's senior race engineer Dave Robson. "Otherwise, he was very happy with his progression especially in the important Sector 2.

However things were rather more subdued on the other side of the Williams garage, with Kubica finishing qualifying over a second slower than the youngster.

"Robert struggled a little more this afternoon and we will need to look at the reasons for that," noted Benson.

Kubica was disappointed not to be able to deliver for the army of Polish fans who had made the pilgrimage to Hockenheim to see their hero in action this weekend.

"We were lucky with the weather and support today, but unfortunately the pace is what it is," sighed the 34-year-old.

"I felt happy with the car and with the balance, but in general I lacked grip. We were lacking half a second. We tried something desperate, and as you can see it did not work."

Last weekend Kubica picked up the team's first championship point of the season after finishing in the top ten at Germany. It's his first points wince Abu Dhabi in 2010 before a rallying accident forced him out of F1 for eight years.

Horner: Verstappen nailed it in the last two corners