Daniel Ricciardo will start his Hungarian Grand Prix from the back of the grid following Renault's decision to replace the power unit in the Aussie's R.S.19.

The set-back won't have much of an impact on Ricciardo's starting position as a botched qualifying session on Saturday had already positioned him a lowly P18 on the grid.

Renault has added an entirely new unit to its pool, meaning for Ricciardo, a fourth Internal Combustion Engine, turbocharger and MGU-H for 2019, and a third MGU-K, Energy Store and Control Electronics.

Over at Mercedes, following an engine issue on Friday, Valtteri Bottas has received a new ES and CE, but the Finn's tally for those elements remains within the limits.

Furthermore, McLaren's Lando Norris was also granted a new MGU-H in Hungary, but as it was the second such element, the Brit remained penalty-free.

Here's a look at the final starting grid: 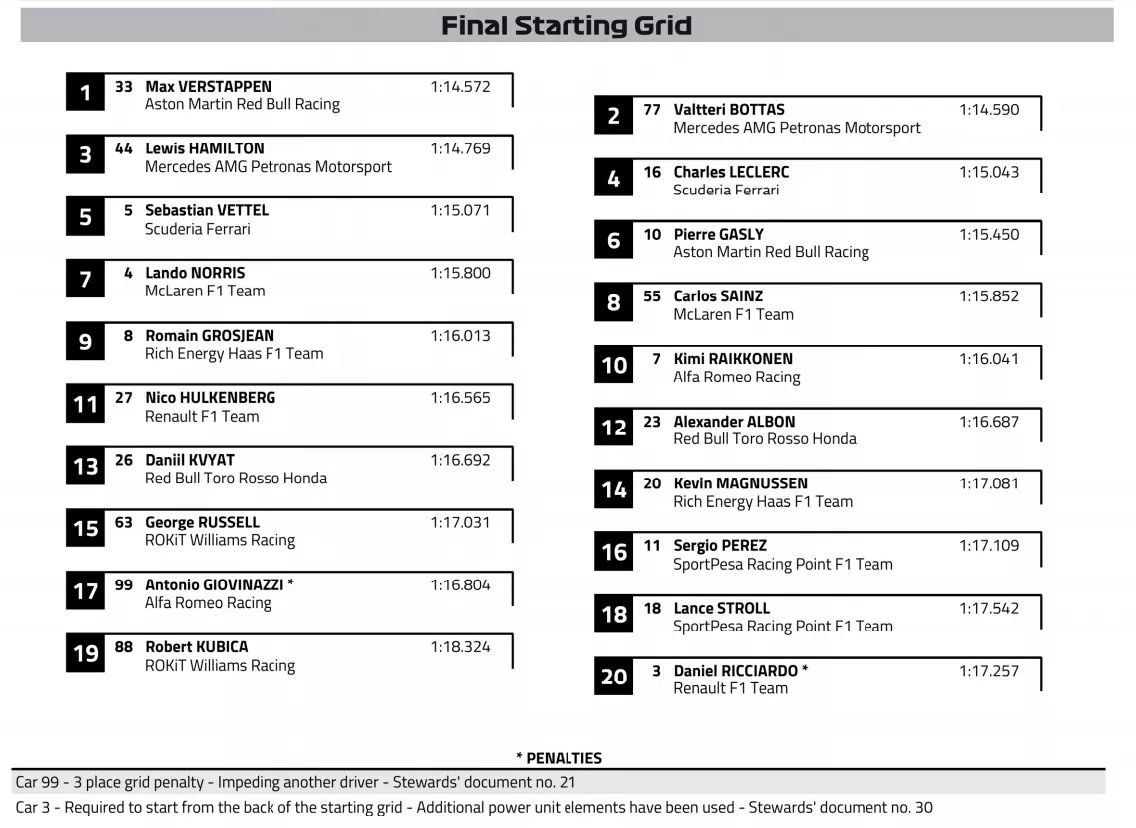 Mercedes cautious not to 'burn' Russell with untimely promotion