Valtteri Bottas cast a downbeat figure after finishing a lowly P8 in Sunday's Hungarian Grand Prix, a result largely determined by a "messy" opening lap by the Mercedes driver.

Bottas enjoyed a reasonably good start from the front row of the grid but then locked up into the first corner.

The Finn dueled with teammate Lewis Hamilton into Turn 2, enduring a light contact with the Brit before falling into the clutches of Ferrari's Charles Leclerc, from whom Bottas also got a knock that damaged his front wing.

It was a ragged first lap for the Mercedes driver, capped by a pit stop and a front wing change that only set him back further.

"It was tough, not what I expected, far from it," Bottas admitted.

"The first lap was a bit messy, a couple of hits and a broken front wing from that, and big understeer because of that.

"There was no front end, so we had to stop early, straight into traffic. Going through the field, it was tricky, just lost so much time there. I tried as hard as I could, but it was difficult"

Bottas owned up to his lock-up at the first corner, insisting things just snowballed thereafter, but after watching footage of his opening lap he labeled Leclerc's swipe further up the road as "completely unnecessary".

"But there was a bit of a nick there, on the front-right. So then with the flat spots, I gained a bit of understeer in the left-hand corner. That then made it tricky for Turn 3 with Lewis came and Charles came and I lost a big piece of front wing.

"I couldn't really see him [Leclerc] coming, in the mirror, so that made it tricky. And, I knew I had a bad run out of that corner and there could be someone, but everything happens really quick.

"At the time when it happened I thought I was just focussed on something else, and maybe didn’t see him, but it happened pretty quick," he added.

"But then when I saw the onboard, and when I saw Vettel’s onboard, it was clear that I was just going straight ahead, he was on the right, and he would have been anyways ahead of me before Turn 4 going straight.

"But then suddenly he swept across and for me it was too late to react. I love hard racing, that’s for sure, but that was completely unnecessary, and for sure compromised my race. He was lucky enough not to get a puncture. That’s not how it should be." 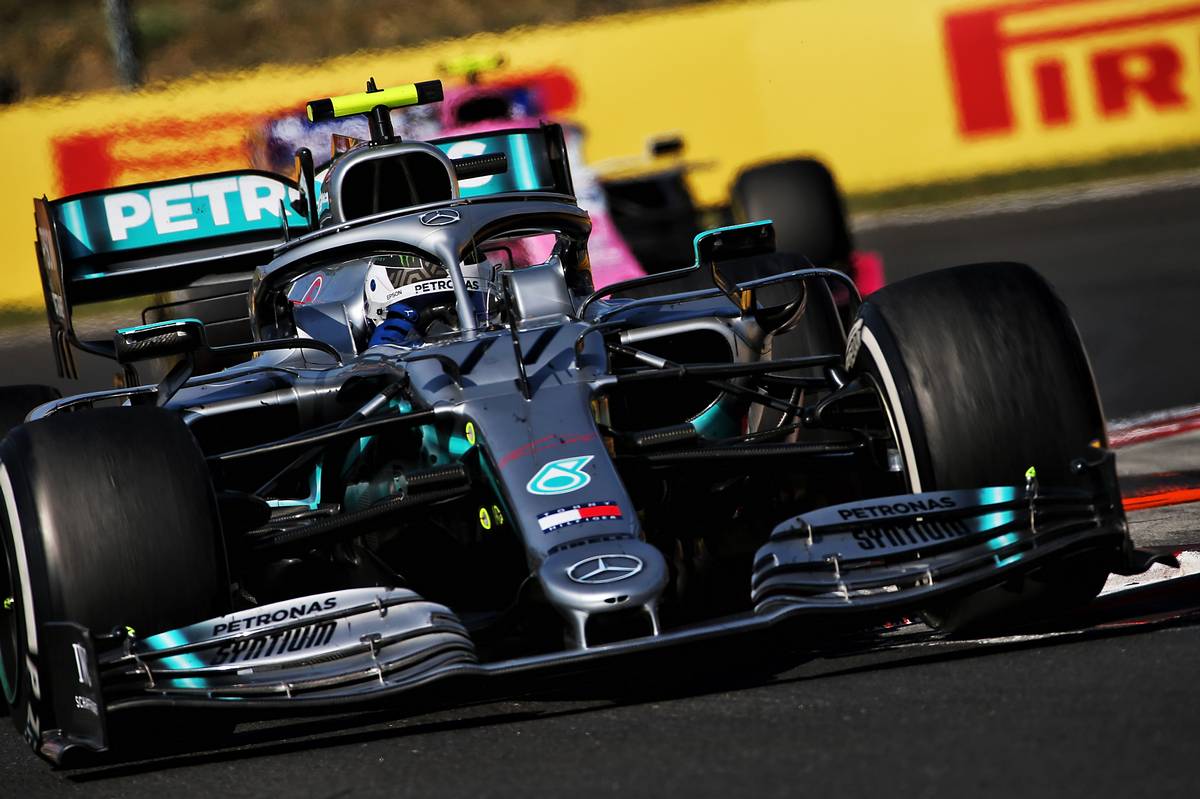 Bottas' underperformance, which follows his disappointing German Grand Prix, could not have come at a worse time, with Mercedes just weeks away - perhaps even days - from choosing between the Finn and Esteban Ocon the driver who will be partnering Hamilton in 2020.

"I'm really disappointed for him, because he was all pumped," said Mercedes boss Toto Wolff.

"Yesterday's qualifying performance was great, he could have easily been on pole, he wanted to do particularly well. And that went all wrong, touching from Lewis and touching from Leclerc.

"From then on there's nothing more to expect from anybody, because you know you've just blown it."
Wolff insisted however that the crucial decision regarding Bottas' future at Mercedes won't be based on a couple of bad races.

"I don't think we want to make it dependent on one bad day, because we need to look at all the data and consider lots of factors that speak for him and that speak against him."

Verstappen shrugs off disappointment after missing out