Sebastian Vettel has been forced to admit that Ferrari has slipped further behind their main rivals in the 2019 Formula 1 world championship.

Vettel took a podium position in the Hungarian Grand Prix on Sunday, but there was no hiding the huge one minute deficit to race leader Lewis Hamilton by the time he crossed the finish line.

The entire race had been an exclusive two-man duel between Hamilton and Max Verstappen, with Ferrari barely featuring.

"We couldn't match the pace of these two, that was quite clear the whole weekend," Vettel said afterwards.

"I tried everything, but obviously I can't be happy because we just weren't fast today. Losing 60 seconds in 70 laps is probably fair, that's what we were missing.

"Maybe we didn't pick the absolute fastest strategy, but overall I think we just weren't quick enough today," he told Sky Sports F1 after the race.

"So lots of homework for us. It's not really an eye-opener - I think we knew it before - so it's up to us to address it in the next couple of months really, to hopefully make a difference by the end of the year.

"The battle continues," he insisted. "There will be tracks that are better for us, but overall we need to get stronger.

"On paper, Spa and Monza should be better for us, but we need to confirm. We know that in the corners we struggle, and it's the nature of race tracks to have corners in them. So we'd like to build a car that's faster in the corners.

"We're doing everything we can, but currently it's not enough. That's where we are. I think everybody knows, everybody saw, everybody understands. But it's not so easy to come up with magic solutions.

"You always a look for a silver bullet but I've never come across a guy that actually found it in over ten years. You keep looking, though. That's where we are. 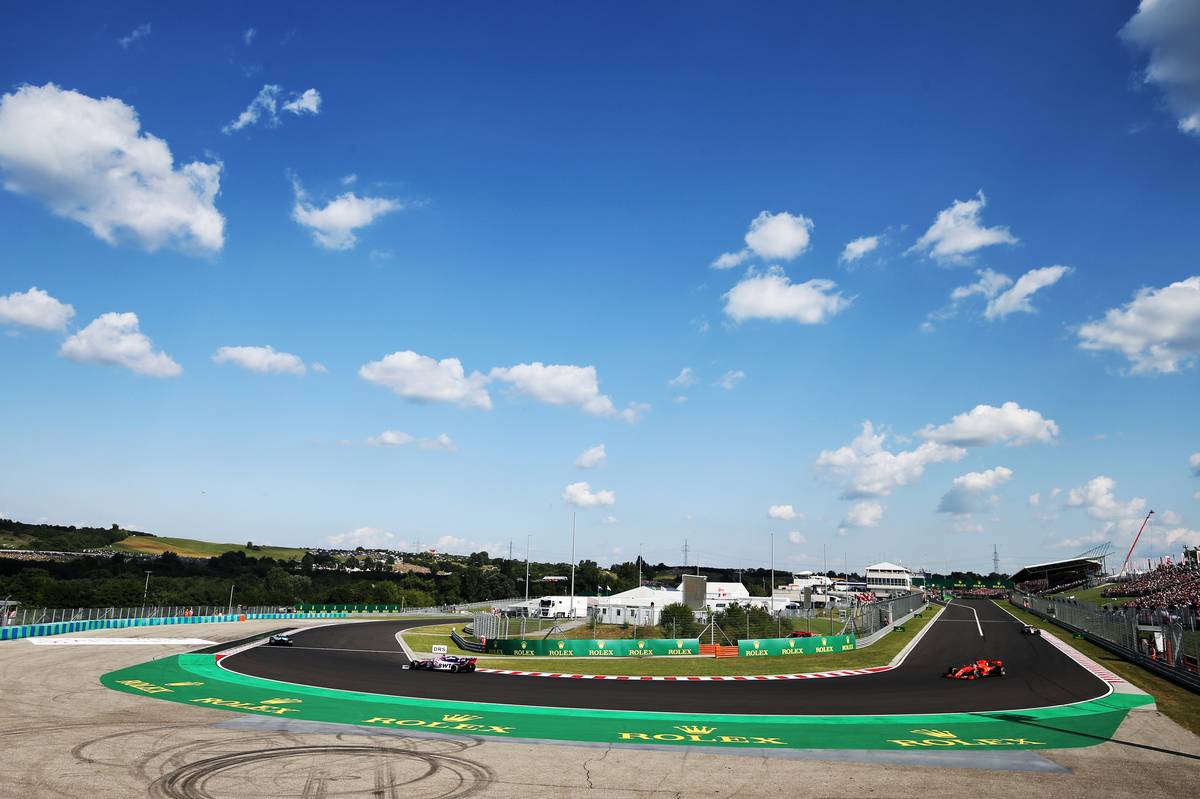 "But still, we have margins in the car," he added. "I don't know what other people do in terms of updates and power units, on the engine side."

Vettel is hoping that the team will come back with fresh energy and new ideas once the team has been revitalised by Formula 1's official two week summer hiatus.

"[It's] good for the guys to get a break," he said. "The guys have been working very hard. For us to charge out batteries a bit."

Vettel could at least take some sense of achievement with a late move on his team mate Charles Leclerc to put himself on the podium. He had run deep into the race on his first set of medium tyres before switching to the faster soft compound on lap 40.

"Obviously I was sitting in P4 with nothing to lose," he explained. "So we stayed out very long in the first stint, just hoped the softs would last until the end - and they did.

"I think it was the fastest tyre at the end, so we were able to close the gap [to Leclerc]," he said. "I had one opportunity which I took. So, happy to get some champagne now - and a cool down!"

Sainz ecstatic with run to P5 'in a normal race'