After the exhilaration of finally claiming his first F1 career pole position on Saturday, there was disappointment for Max Verstappen when he was unable to convert it to a race victory in the Hungarian Grand Prix.

The 21-year-old led for a total of 59 laps, but in the final stages of the race he was caught and passed by Lewis Hamilton who had made an unexpected second pit stop for a new set of medium tyres to give him the advantage.

"They rolled the dice and it worked out for them, unfortunately," team boss Christian Horner told his driver over the team radio after the race. "But you drove your heart out today, so well done."

"I tried everything I could on that hard tyre," Verstappen told Sky Sports F1 later. "You could see clearly that it was hard for me to stay ahead.

"You always have to be realistic," he added. "Mercedes was faster, Lewis was pushing hard."

"But still you know, for me it was still a very positive weekend - pole position and being second in the race."

And in truth, Verstappen hadn't put a foot wrong all afternoon, getting a good start from the line to easily take control of the race going into turn 1 while Hamilton squabbled with his Mercedes team mate Valtteri Bottas over second.

Verstappen then pulled out of DRS range, but Hamilton was able to stay in touch and gradually reeled the Dutch driver back in. Verstappen pitted on lap 24 and Hamilton stayed out attempting the overcut, but the Red Bull was simply too fast.

Hamilton subsequently turned the screws and briefly got in front on lap lap 39 only to run off, forcing him to hand the lead back to Verstappen. It was then that the second pit stop proved to be a game changer, the Red Bull proving more of a sitting duck on very worn tyres by the finish.

“We were just not fast enough.” Verstappen said after finishing in second place. “I tried everything I could on the hard tyres to stay alive, but unfortunately it just was not enough. 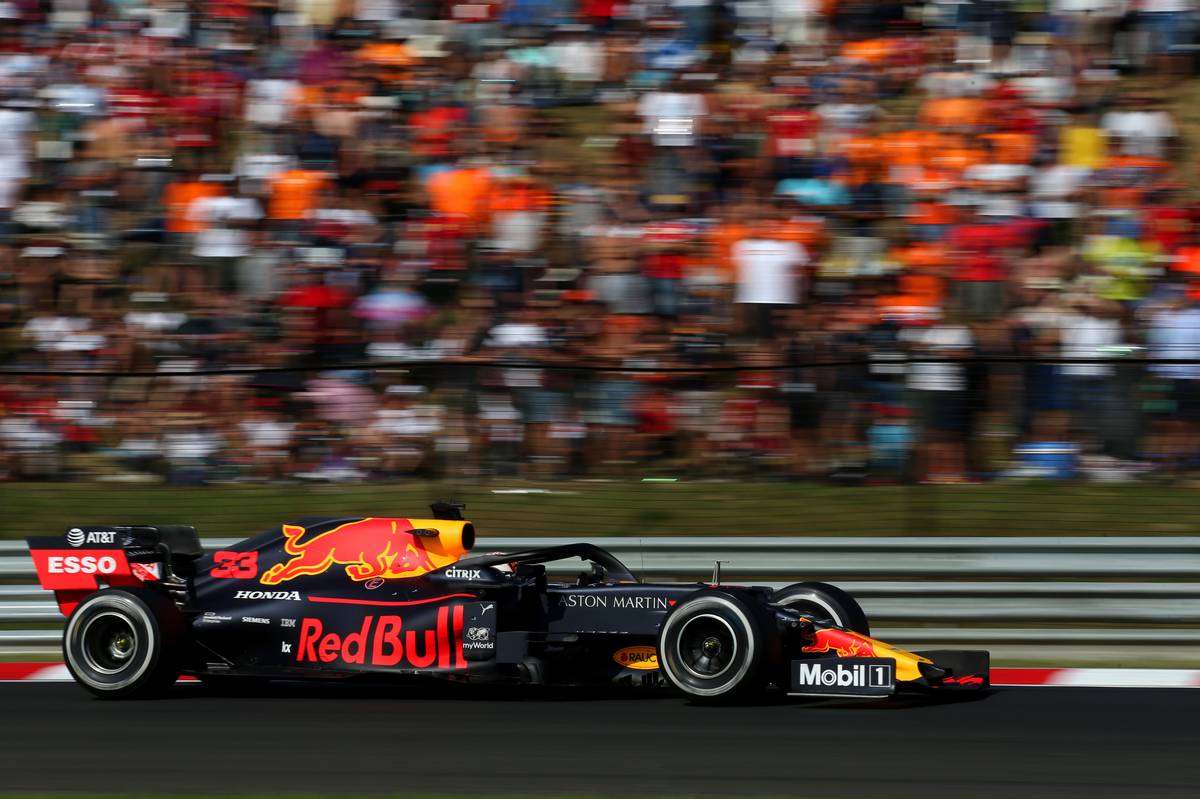 "We were just lacking a bit of grip. We tried the one stop and, of course, they had a new opportunity to do two. Today it worked out well [for Mercedes].

"When you are in second you can gamble a bit more with going for a two stop because worst case scenario you stay second, best case you overtake me."

Verstappen added that he had enjoyed the two-man duel that lasted for most of the race. "Congrats to Lewis for the race, he was pushing me very hard, so I liked that!"

After losing the lead, Verstappen did make an extra stop for fresh tyres to steal the bonus point for fastest lap to add to yesterdays' pole success.

Asked why the team hadn't opted to bring Verstappen in for fresh tyres sooner, Horner confirmed that it would have cost them the lead of the race anyway, with little chance of getting it back.

"To have pitted Max from the lead with him a second behind, it wouldn't have been a sensible call from us," said the Red Bull boss. "Lewis would have been ahead, so it didn't make any sense to concede track position. The only chance was to try to hang it out.

"To have pitted from the lead from the position we were in would have been an impossible call. They had nothing to lose, and it worked out for them.

"But it's still been a hell of a weekend from Max - he's closed the gap to Valtteri to seven points," Horner pointed out.

Hamilton: 'Hats off to the team for Hungary strategy call'