Sebastian Vettel is a formidable racer at heart, but the four-time world champion is also a man sensitive to the environment as he proved in Hungary.

The German was conducting his post-race interviews in the media pen on Sunday, repeating his comments on his third-place finish at the Hungaroring to multiple outlets when he noticed the many empty plastic bottles scattered around the enclosure.

According to Bild Zeitung reporter Jens Nagler, Vettel took a pause from an interview, pointed to the load of rubbish and addressed the assembly of reporters.

"Take your water bottles, do not leave a garbage dump here!" railed the Ferrari driver, and rightly so,

"Yesterday I saw how everyone just let everything go. I hate people who do that."

Vettel resumed his media duties but kept a watchful eye on the cleanup, telling one reporter: "There's one more, you can give it to me." 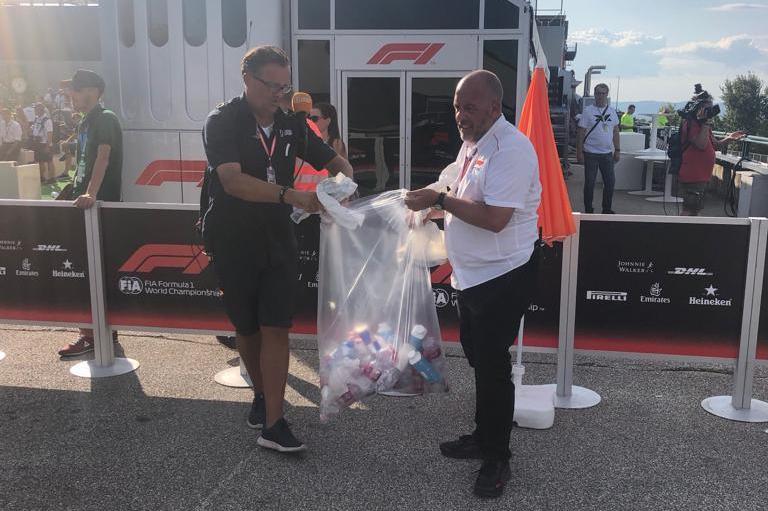 The group of journos took the matter seriously, with F1 producer Jason Swales and Ziggo Sport's Jack Plooij grabbing a trash bag and picking up the remaining waste.

Be part of the solution, not the pollution would say the good Mr. Vettel.