Alonso, who remains affiliated with McLaren but whose plans for 2020 are unknown, has denied any interest in returning to F1, but the rumors aren't dying down.

After Sunday's thrilling Hungarian Grand Prix, the Spaniard reacted on Twitter, praising Hamilton and runner-up Max Verstappen for their performance and the entertaining show.

During yesterday's post-race drivers conference, all three drivers were asked if they would like to see the two-time world champion back on the battle-field once again, with Hamilton - Alonso's former McLaren teammate - answering the question first.

"I was just actually watching some of the restarts, the starts of previous years and watching him from his Renault days and I remember just before I even got to Formula 1 watching how amazing their starts were.

"I don’t know how old Fernando is now but he’s always going to be a great driver.

"If he can get a good seat, he’s always welcome here to battle with us. It doesn’t make a difference, really, necessarily for me. I’m here to fight whoever’s here. 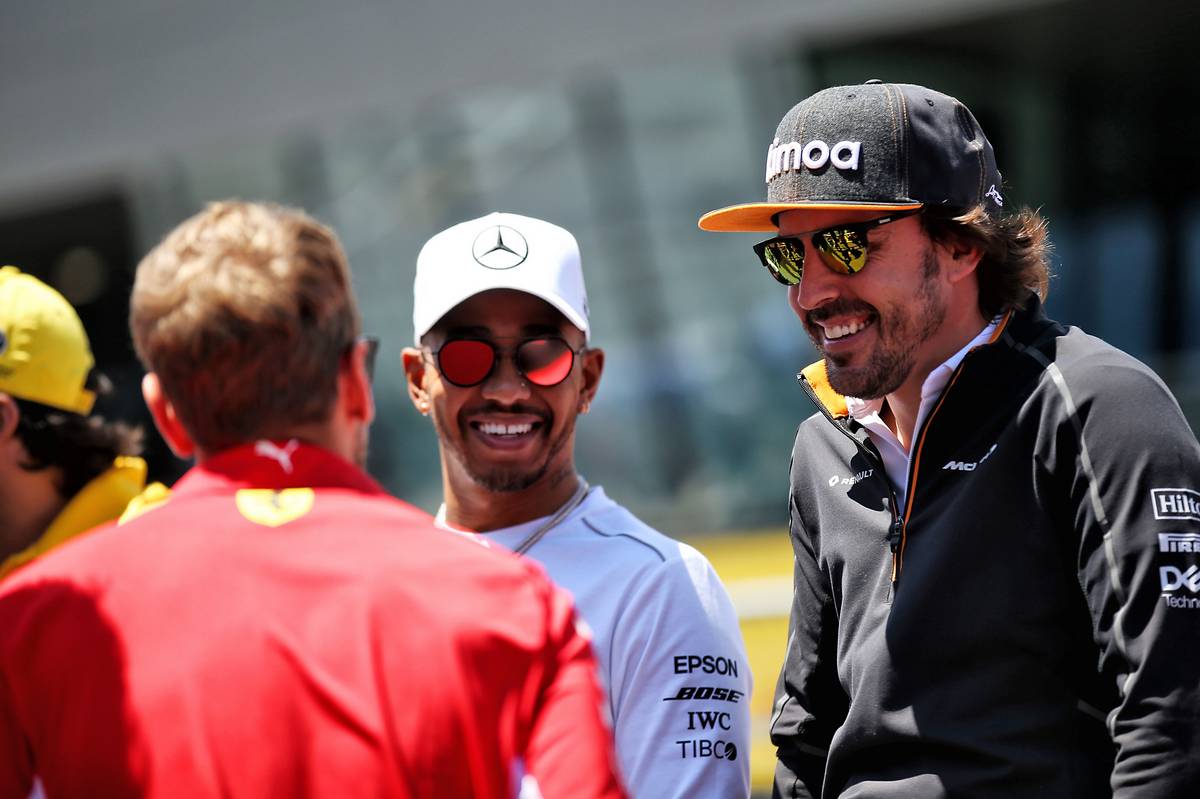 Verstappen regretted that he never had a proper opportunity to go wheel-to-wheel with Alonso before Hamilton suggested the Spaniard "could be a good team-mate for you."

"Fernando? Well, you have experience with it, I don’t know," replied Max, while Vettel noted that "he could be your father!"

Vettel was rather indifferent to Alonso's case, perhaps because he feels the former McLaren driver never really liked him.

"I don’t mind. I don’t know why… I don’t think he ever really liked me," Vettel said.

"I respect him for what he achieved and for what he can do on track. I don’t know. I guess he’s bored if he has time to write these things. So bring him back, I don’t mind."

As the drivers departed the press room, Vettel had the last word, addressing the prospect of a possible tie-up between Red Bull-Honda and Alonso.

"I don't think the Japanese would be very happy," concluded the German. Ouch!