F1 rookie Alex Albon says the news of his unexpected mid-season switch to Red Bull Racing is "surreal" and a "massive opportunity".

Albon will step up from Toro Rosso to the Milton Keynes-based outfit and trade places with Pierre Gasly after the Frenchman's disappointing results during the first half of the season.

The 23-year-old British-Thai racer will have nine races to make his case and convince Red Bull motorsport boss Helmut Marko that he can be worthy teammate to Max Verstappen for 2020.

"Surreal to have been given this massive opportunity @redbullracing!," Albon wrote on Twitter.

"Can’t thank you enough for believing in me and making this possible. It’s a big jump into the deep end, but I’ve got my swimming shorts on!

"Thanks to all the guys at @ToroRosso, especially [team principal] Franz Tost for the massive opportunity in F1 and never-ending support throughout my first year! Now to focus for my first race with the team in Spa."

2/2: Thanks to all the guys at @ToroRosso, especially Franz Tost for the massive opportunity in F1 and never-ending support throughout my first year! Now to focus for my first race with the team in Spa 🇧🇪 pic.twitter.com/KvgNmtlkSx

Albon's career has been a whirlwind in the last twelve months. Racing competitively in Formula 2 last year with DAMS on a race-by-race basis, without any guarantee of completing the season, he ultimately finished third in the series, behind fellow F1 rookies George Russell and Lando Norris.

Albon was then recruited by Nissan's Formula E squad and setting his sights on racing alongside Sebastien Buemi in the electric series when Red Bull offered him a seat at Toro Rosso, which he accepted after extracting himself from a binding contract with Nissan.

Albon scored a top-ten finish with the Faenza outfit in his second race and since enjoyed four other runs in the points, including an impressive fourth place at Hockenheim. 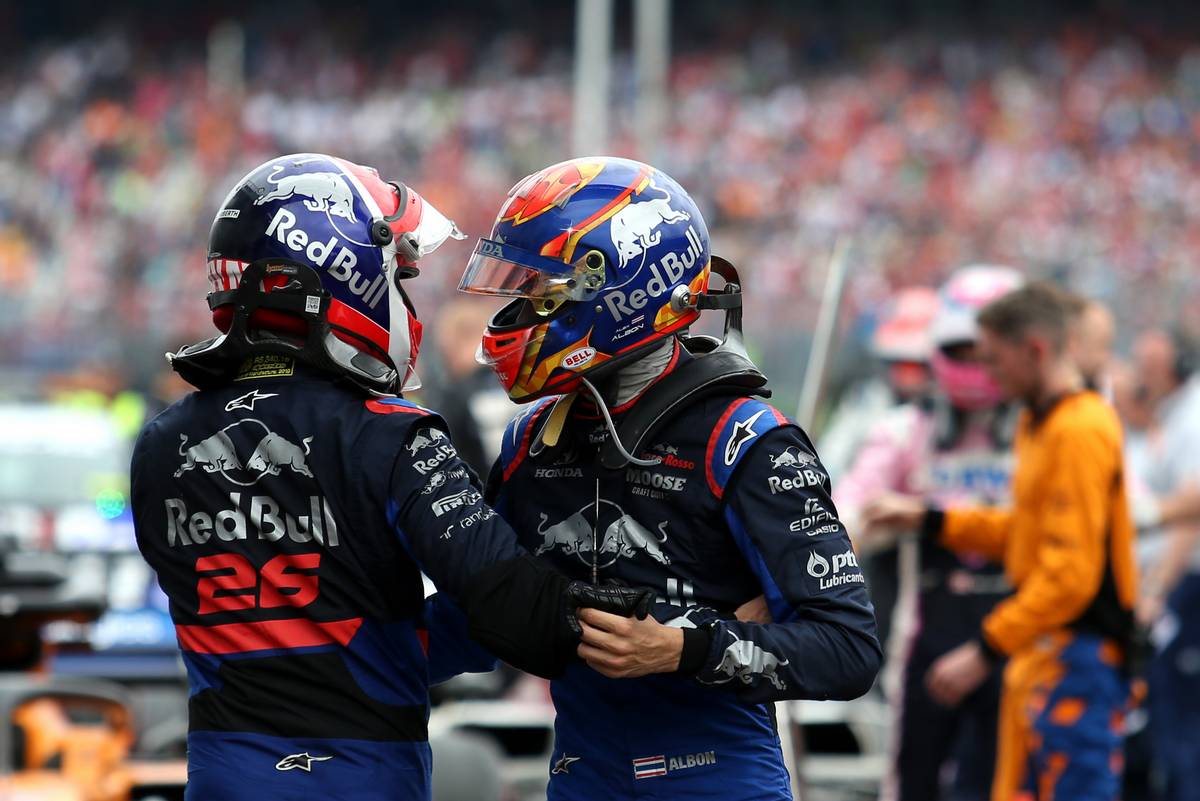 While it was speculated that Albon - or Toro Rosso teammate Dany Kvyat - could pick up the baton dropped by Gasly, both Marko and Red Bull Racing team boss Christian Horner repeatedly stated that the Frenchman - despite his persistent under-performance - would remain in his seat until the end of the season.

And Albon himself appeared to dismiss the prospect of a promotion, admitting he still had a lot to learn.

“I’m still very much a rookie," he said in Germany. "I’m still learning a lot.

"I’m happy with the season so far, but every weekend is just about trying to improve as a driver, improve the feedback and my knowledge of the car," he explained.

Albon's move to Red Bull will put him in a high-pressure environment, opposite the formidable Max Verstappen and with the ruthless Dr. Marko peering over his shoulder.

It's been an improbable road to the top for Albon, but the tough part of remaining there has only just begun.

Buemi's run to the hills with Red Bull

Brown: McLaren IndyCar drivers could be given F1 tests